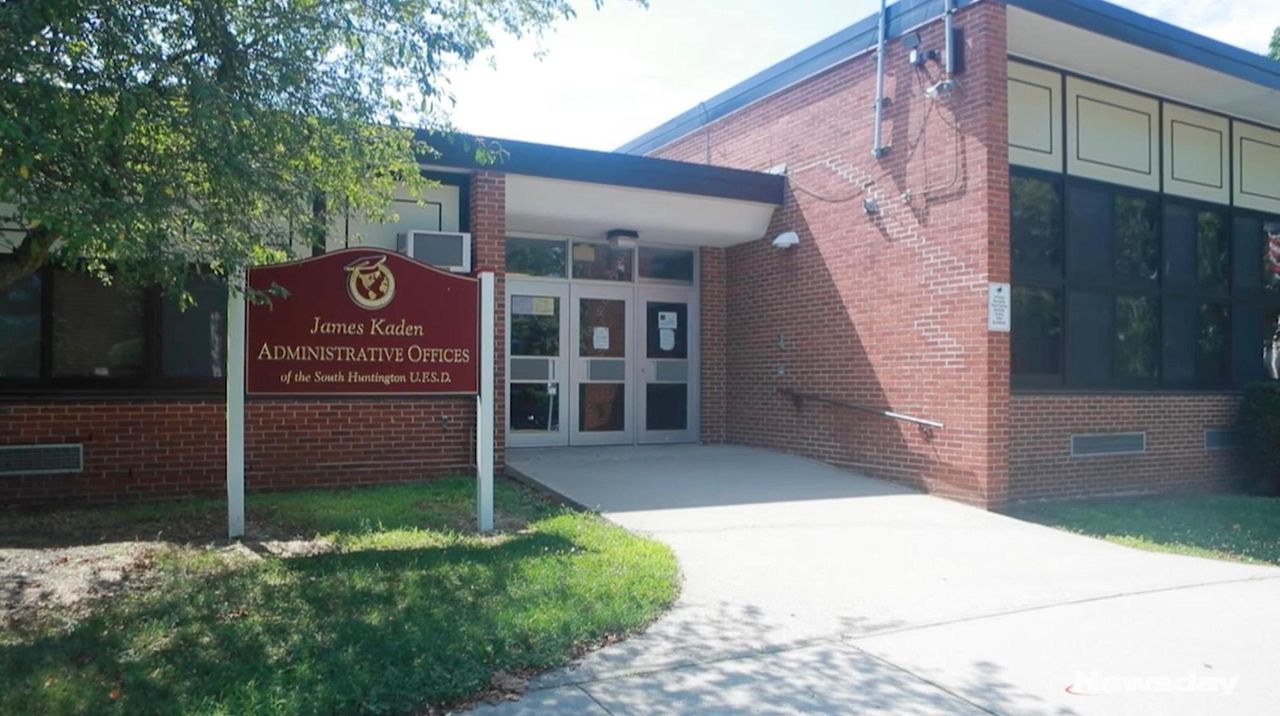 South Huntington Superintendent David Bennardo said his district spent nearly $1.5 million in the spring to purchase Chromebooks for hundreds of students who didn’t have their own devices when schools closed. Credit: Raychel Brightman

Delivery of instruction and access to technology in Long Island districts varied widely when schools shut down in mid-March due to the coronavirus, with disparities evident in higher-needs districts, according to a Newsday analysis of online learning plans.

Districts were required to file the virtual learning plans in late March with the state Education Department, outlining how they would keep students engaged in learning while schools were closed to slow the spread of COVID-19.

Some districts said they have had time to audit their successes and failures from the shutdown, finding key areas to improve in, as educators and parents remain concerned about the quality of distance learning if schools take that route in the fall.

“The biggest win is that we’ve learned what changes we need to make so that if we have to return to remote learning in the fall, it’ll be a much better experience,” Montauk Superintendent Jack Perna said. Tutorials for parents on how to use online classroom applications, for example, will be something the district provides, he said.

Some of the findings, according to the documents, were:

A decision on whether to reopen schools this fall will be based on infection rates, Gov. Andrew M. Cuomo has said. Reopening announcements are expected the first week of August.

Districts statewide are finalizing their reopening plans, which are due to the state by Friday. Some districts are considering a blend of in-class and online learning to minimize the population of students in buildings.

Guidance issued by the Education Department earlier this month called for districts to provide access to a computing device, high-speed broadband and "substantive daily interaction between teachers and students."

During the spring shutdown, "Some schools were caught unprepared," said Roger Tilles, Long Island's representative on the state Board of Regents. Tilles said he saw everything "from Zoom classes on a regular schedule as if they were in school eight classes a day, and then [paper instruction] packets."

Communities such as Brentwood, Central Islip and Wyandanch received some donations for broadband and other technology, but also relied on paper packets for instruction, according to their learning plans.

"We worked like the dickens to hand out packets of material from kindergarten to 12th grade from the first week straight through the end of June, but you know it is never going to go as well as in-person instruction," he said. "We did as well as we could given the set of circumstances, but there are still a lot of gaps."

It would have helped to have more assistance from the state in a district where about 80% of the students are on free and reduced lunch, Loeschner said.

"They should have realized that a district like Brentwood — low income, plus super large — is going to require quite a bit of resources," he said.

The district since has purchased about 12,000 tablets, in case remote learning resumes this fall, he said.

South Huntington Superintendent David Bennardo said his district spent nearly $1.5 million in the spring to purchase Chromebooks for hundreds of students who didn’t have their own devices when schools closed.

“The remote learning was new to all of us, and it came upon us quickly,” he said, adding that several questions remain as the school year approaches, especially regarding state funding. “We can’t be told just figure it out without the finances to make it happen.”

Wyandanch officials distributed Chromebooks to students without the devices and worked with service providers to set up internet access at no cost for families, according to documents. The district also purchased hot-spot devices for some families, documents stated.

When students did not log in, complete assignments or showed other signs of decline in engagement during the shutdown, Wyandanch teachers notified school administrators, documents showed. In some instances, school support teams needed to make home visits.

Six percent, or 15 out of 359 Wyandanch parents who responded to a district survey, said they won’t have access to the internet if the district returns to remote learning in the fall. The majority of parents answering the survey said that in a remote learning environment, they want their child to feel supported and have the “ability to interact academically in the virtual setting with their classroom teacher and classmates.”

Central Islip, Riverhead and South Huntington didn’t provide individual-, small- or large-group synchronous instruction using videoconferencing as a method of online teaching during the spring, according to documents.

Central Islip officials said in a statement sent by spokesperson Barbara LaMonica that "educators stepped up to the plate to deliver the best distance learning techniques for our students, with the resources and tools we had."

Even in districts considered wealthier, some parents said online instruction was inadequate.

Commack parent Peter Lanci, 56, said most of his daughter's work was self-directed and that real-time communication between parents and teachers was lacking. He wanted the district to follow a model using video that mirrored the school day.

"They could have had a regular school day — at 8 a.m. sign on and at 9 they have math and at 10 they have science," said Lanci, who has two children in high school. "They had no Zoom meetings for seven weeks, and then they started to have them, but it was very limited."

In Commack, which enrolls about 5,940 students, documents showed the district used videoconferencing for instruction and "teachers conducted live lessons multiple times throughout the week." The district has only about 10% of students on free and reduced lunch, according to the Education Department.

A July survey showed 65% of Commack parents were satisfied with their child’s "eLearning experience during the school shutdown," the district said in a statement. The survey also showed that live, interactive sessions were preferred.

If remote instruction is part of the fall plans, Commack officials said they will ensure each student and staff member has a device and that there be set schedules for interactive lessons.

"Although I would say we had one of the most robust and well-organized remote learning programs on Long Island, there is no doubt there were flaws in the system, and we will make adjustments for future remote learning," Superintendent Donald James said.

Perna, the superintendent of Montauk, a K-8 district of around 304 students, shared other lessons the district learned from teaching online.

“What we realized was, the smaller the group the better if you’re teaching addition and subtraction over Zoom,” Perna said. “Obviously, we’ve all been to Zoom meetings at this point — but have you ever been to one with 20 second-graders?”

According to the plans ...

Newsday, under a Freedom of Information Law request, obtained instruction plans filed with the state Education Department after schools abruptly closed in mid-March. The plans detailed how school districts statewide provided online instruction to students. The data touched on several topics, including access to technology, whether online learning was self-directed or led by a teacher, whether live video classrooms were available, and what provisions were made to special education students and English Language Learners.

Special education students face additional challenges because of COVID-19A child psychiatrist and education experts talk about what this fall may be like for students with special needs, what can be done to help them succeed and answer your questions.