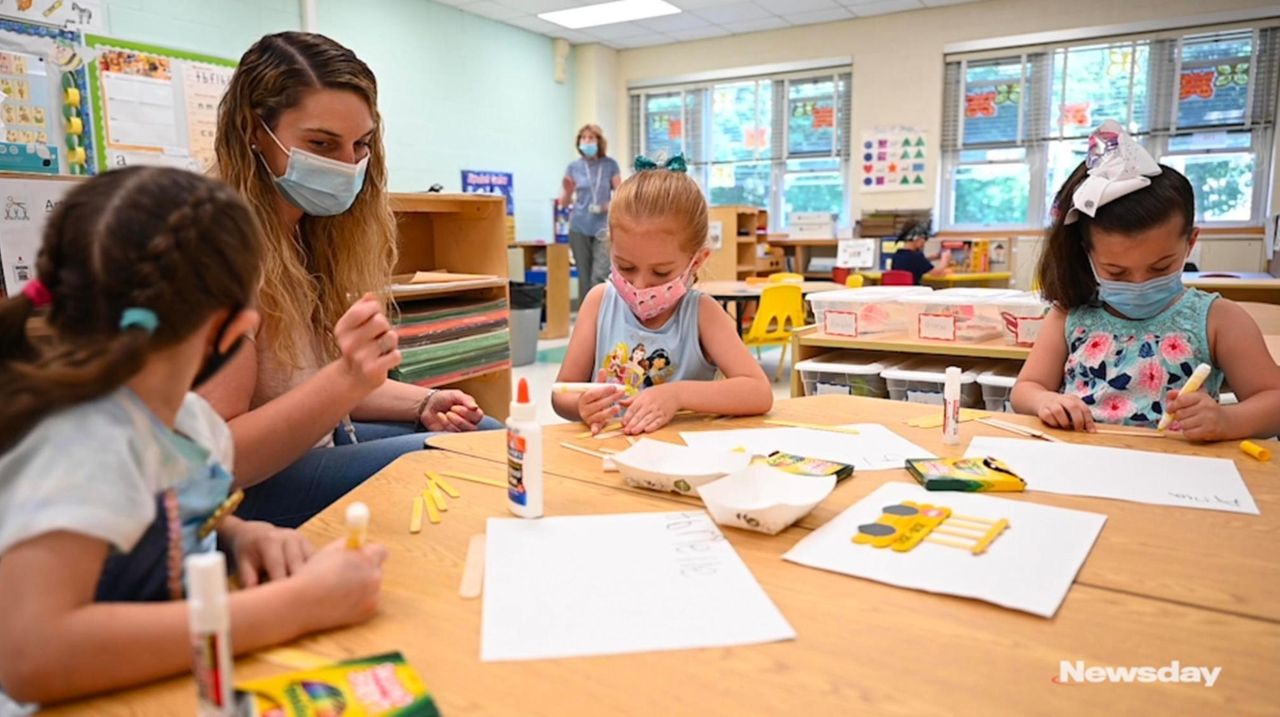 Long Island will add roughly 5,200 4-year-olds to the prekindergarten rolls this fall, after the region received an additional $31.9 million in state funding, according to data reviewed by Newsday.

"This is the first year of these expanded funds, and we would like to see the state continue that funding long term," said Judith LaRocca, assistant superintendent for curriculum and instruction in the Valley Stream 13 district.

On Long Island, the additional funding will provide for roughly 5,200 more available seats for the youngest learners in 64 districts, according to state officials.

More than $90 million will go directly to districts through the state aid formula, outside of New York City, while districts also can compete for an additional $15 million in state grants for early education.

The additional funding is the start of a three-year commitment to funding pre-K.

On Long Island, new funding will be spread out across 64 districts, state officials said. The expansion, however, does not mean there will be a seat for every eligible 4-year-old. In many districts, parents have to enter their children in a lottery for a seat.

Districts for years have lobbied for more funding. The Island received about $45.3 million for pre-K in 2020-21.

Educators said pre-K helps children get a head start on learning, prepares them for kindergarten, and eases the burden on working parents when children have a full-day program, instead of spending 2 1/2 to 3 hours in school.

"This is a benefit all the way around — not just for the students, but for the parents, too," said Maria Castro, assistant superintendent for instruction and learning in the Longwood district. She added that early childhood education helps students develop cognitive and school readiness skills.

Longwood will go from a half-day program that serves 217 children to 288 students in a full-day program, thanks to an additional $1.3 million in funding and a total budget of $2.3 million.

Like many districts on the Island, Longwood contracts pre-K instruction out to an outside group, often referred to as a CBO, or community-based organization. The district's partnership is with Just Kids Learning Center, which is in charge of hiring staff and developing the curriculum with the district. The group leases classrooms from the district, and also provides off-site instruction.

State Sen. Todd Kaminsky (D-Long Beach), who pushed for pre-K expansion, said $90 million of the $105 million — approved in the state budget in April — are going to districts outside of New York City through the state aid formula. In a public presentation, state Education Department officials said districts that had not before received funding for pre-K would be a priority. For the remaining $15 million, all districts can compete for early education grants.

The funding is expected to open up 14,745 pre-K seats statewide, according to the presentation from the state Education Department, which also said districts have until the end of this month to submit an application to the state’s Office of Early Learning.

The new funding is the start of a three-year commitment, Kaminsky said. Island business leaders have said pre-K can serve as an economic development tool that helps parents in the workforce.

"It was a real priority after COVID when we really felt the weight of the plight of working parents that something had to happen," Kaminsky said. "The fact that Long Island families were scrambling for expensive prekindergarten and having to choose between working or not was not very fair."

Not all of the Island’s 124 school districts offer pre-K. Of those that do, they had more than 9,300 enrolled in pre-K in 2019-20, with nearly 67% of the children spending about 2½ hours a day in school, according to data from the State Education Department’s report card. That same year, nearly 30,000 kids were enrolled in kindergarten Islandwide.

"There has been some funding for pre-K over the decades, but it hasn’t been universal in any way shape or form," said Carla Theodorou, coordinator of the Regional Technical Assistance Center at Nassau BOCES. The center was founded to support the expansion of pre-K on Long Island.

"This is the first time legislators have allocated for all districts. It's a big change," Theodorou said. "It is not universal yet, but it is moving in the right direction. We think it is very important for child development to have that [universal prekindergarten], and research shows that, too."

Many districts held lotteries in June for slots to the free program.

In East Meadow, Superintendent Kenneth Card said the district is expanding from a modified program that ran two days a week for eight weeks to a full-day program that runs during the school year. East Meadow received about $907,000 for its program, according to the state, and plans to use federal stimulus funds to supplement it.

Card said there are 500 children in the district's incoming kindergarten class, while the pre-K program in the fall will accommodate 180 students in two classrooms at each elementary building.

"The challenge is, while we are grateful for the funds — we have a space issue," he said, noting that limits any expansion beyond those seats for now.

The Valley Stream 13 district, which received $440,000, will launch a pre-K program for the first time this fall, offering full-day classes for 80 children, said LaRocca, the assistant superintendent. The district also plans to supplement the program with federal stimulus money.

Early education "improves outcomes over the long haul for college and career readiness. It really has an impact on their whole life, and that was a commitment we wanted to make to our community," LaRocca said.

For West Hempstead parent Oroma Mpi-Reynolds, 38, having a potential pre-K program for her now-3-year-old daughter Riley would be a benefit, she said. The parent of three is excited about the possibility of a program close to her home.

"We are both working parents and we are not able to provide her with painting and story time and things of that nature," Mpi-Reynolds said. "It would be great for her developmentally to have that opportunity.

"It's a good opportunity for kids to get a head start."