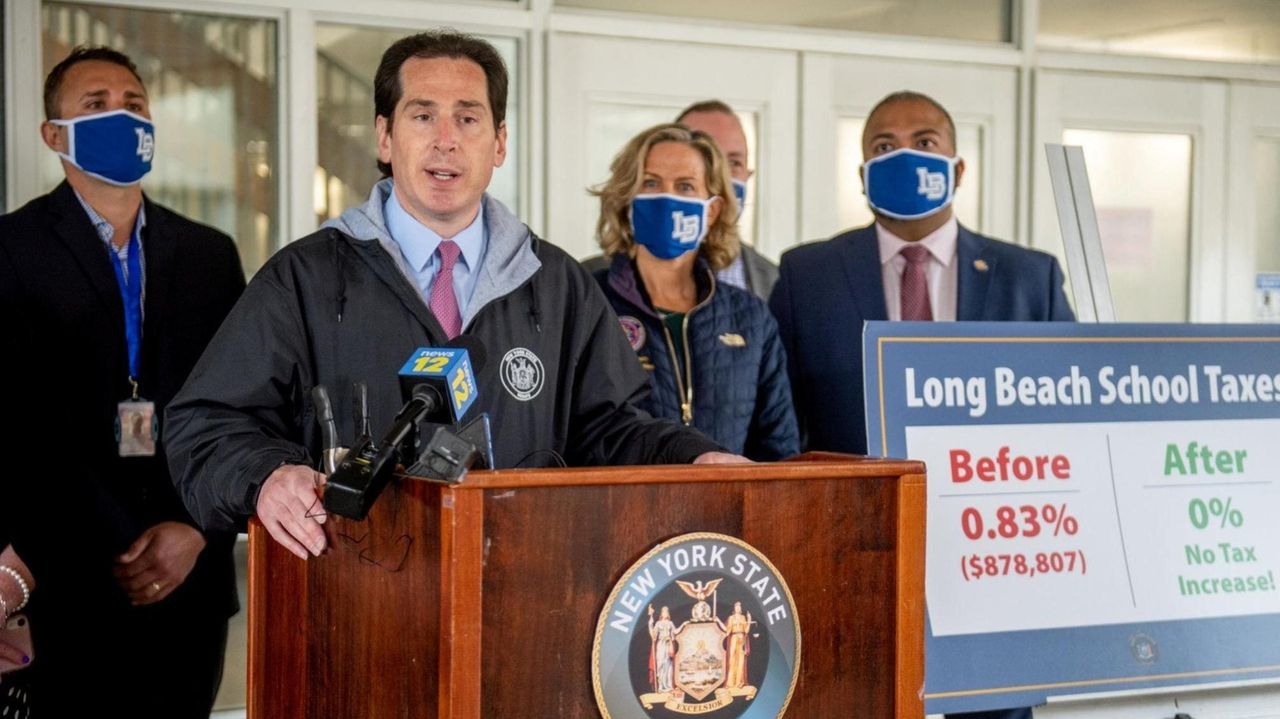 Long Beach school district officials announced Thursday they would freeze property taxes in the 2021-22 budget, erasing a 0.83% increase of $800,000, after the district received an additional $1.7 million in state aid.

"As taxpayers, we realize Long Island needs to be more affordable and tax relief is a must. For too long those goals have been competing and mutually exclusive, but they're not. The math can be simple," Kaminsky said. "The more state aid we secure from Albany the less taxpayers should be called on to shoulder the burden. Now it is time for school districts to do their part and reconsider property tax increases slated to be voted on next month."

Long Beach school officials said the state funding would allow the district to expand business education with faculty from Nassau Community College and provide other electives.

Thomas said he also would encourage other school districts, including Hempstead, Levittown and Garden City, to follow Long Beach’s lead.

"Families can rest easy knowing children have access to world class education without an additional tax hike," Thomas said. "I encourage all school districts to do the same here and save families money. We have endured enough for quite some time."

Several other school districts have reduced their proposed tax increases for next year.

The Lynbrook Union Free District has proposed a 0.98% tax levy increase, its lowest increase in five years and below the 1.88% tax cap. The additional state aid lowered the tax levy in the district by nearly $700,000, Lynbrook Superintendent Melissa Burak said.

"Once the new state aid package was finalized, we used additional aid to help ease the burden on the taxpayer for next year," Burak said in a statement.

Commack Superintendent Donald James said the district was reducing its proposed tax levy from 1.99% to 0.99%.

Kaminsky said state aid this year includes $270 million in foundation aid, with commitments to fund 60% this year, 80% of foundation aid next year and 100% the following year. Foundation aid is the state's largest education-assistance program that is especially tailored for poorer districts.

"We’re making sure we get our fair share of state funding in schools," Curran said. "This help from the state will go a long way to help taxpayers in Nassau County."