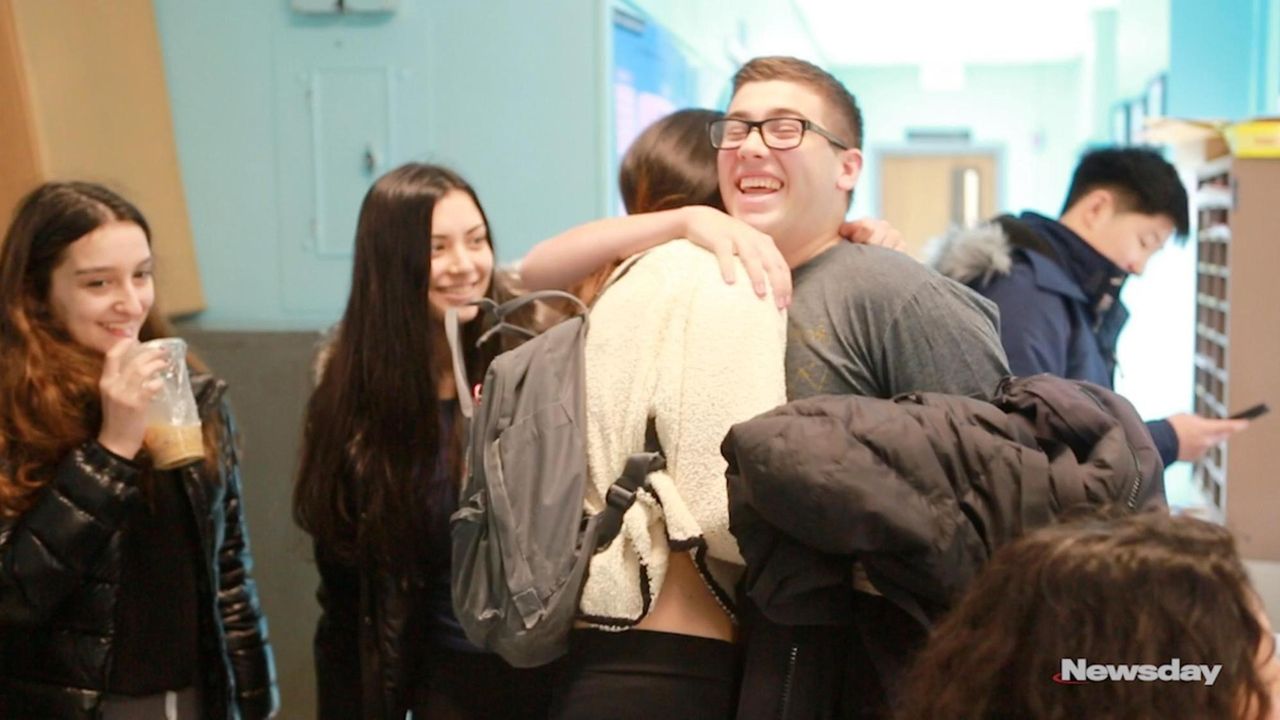 Winners in Nassau and Suffolk counties — the largest such group of any region in the country — were among 300 12th-graders recognized nationwide in the first round of the 2019 Regeneron Science Talent Search. Each student at this semifinalist level receives $2,000 and an equal dollar amount for their schools.

On the Island, Jericho’s number of award winners was followed by the Great Neck and Roslyn districts, with five scholars each, and the Syosset and Three Village districts, with four honorees apiece. Other school systems in the two counties with multiple scholars were Bellmore-Merrick, Hewlett-Woodmere, Port Washington, East Williston, Half Hollow Hills, Lynbrook, Manhasset and Smithtown.

New York State historically has dominated the competition, which began in 1942, and this year's results came close to a sweep: Two top-ranked schools and a statewide total of 103 scholars, more than a third of the national total. New York also accounted for more than half of all contest entrants — 1,011 out of 1,964.

In high schools across Long Island, contestants shared hugs and tears around noon, as winners' names popped up on the internet.

Shruthi Shekar, 17, a senior at Jericho High School, whose winning project dealt with cancer treatment, reached for her cellphone to share the news with family members.

Her first call was to “Amma," which in the Tamil language translates to “mom.” Shekar's parents emigrated from India to the United States, where their daughter was born.

“I got it! I got it!” the 12th-grader told her mother, speaking in a hurried mixture of English and Tamil as she held her cellphone in one hand and dabbed her eyes with the other.

Serena McCalla, who is Jericho's science research coordinator, noted that competition is intense on the Island, where a large number of high-achieving school systems operate in proximity.

"The districts are watching each other," McCalla said.

In Brentwood, Ahmad Perez, 17, was in the science research lab classroom of the high school's Sonderling Center when he learned from an online countdown that he is a scholar.

“I didn’t expect that much, but I was so surprised and honored,” said Perez, whose project examined the degradation over time of two Long Island salt marshes — Crab Meadow in Northport and Timber Point in Great River — and presented a method of restoration.

His project was titled "What is happening to Long Island salt marshes?" and was part of a three-year Suffolk County grant under the direction of Rebecca Grella, Brentwood's director of science research. Perez also was mentored by Sherif Abdelaziz, an assistant professor in civil engineering in Stony Brook University's College of Engineering and Applied Sciences.

Perez believes the importance of the marshes, which help protect the Island from storm surge and wave action, is very underrated.

In the Regeneron Science Talent Search's next step, 40 of the scholars will be named finalists on Jan. 23. Those students qualify for all-expense-paid trips in mid-March to Washington, D.C., where they will vie for more than $1.8 million in additional awards, including a top prize of $250,000.

The students’ projects, the culmination of months or even years of experimentation, run the gamut of scientific topics, from detection of earthlike planets to environmental protection of oysters and bay scallops.

Anthony D’Amore, a senior at Smithtown High School East, devoted a summer to delving into the complex evolution of neuroanatomical structures in modern crocodiles, and concluded that the subject was a lot more fascinating than he originally thought.

“Turns out if you spend the summer researching it, it could end up being pretty dang cool,” D’Amore tweeted to contest sponsors. “You can even pretend the crocodiles are dinosaurs if that makes it cooler.”

Senior Michelle Goh, in her research, examined the difference in brain activation in people who exchanged texts with humans compared with texts sent to robots programmed to respond, and found that social areas of the brain were more stimulated by human communication.

Regeneron Pharmaceuticals Inc., a biopharmaceutical firm in Tarrytown, has funded the contest since 2016 and has doubled the annual prize money. The competition previously was funded by Intel Corp., a California-based maker of computer chips, and before that by Westinghouse Corp.

While funding sources have changed over the years, the contest has been run continuously by the Society for Science & the Public, a nonprofit membership group based in Washington.

"Year over year, we continue to see high numbers of students from across New York apply to the Regeneron Science Talent Search, and then get named as scholars and finalists, thanks in large part to their extraordinary teachers and their schools' commitment," said Maya Ajmera, the society's president and CEO.

Meet LI's Regeneron honorees and their projectsLong Island is home to five finalists, among 40 in the nation, in the Regeneron Science Talent Search.