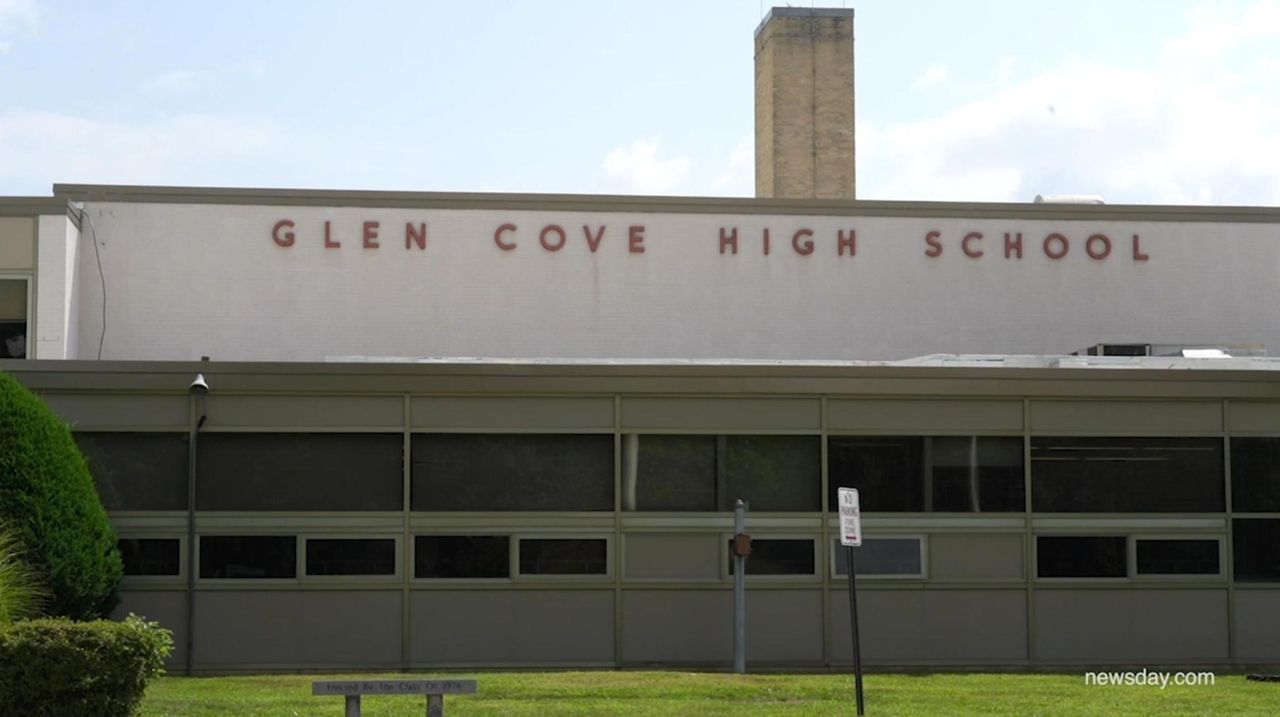 Maria Rianna, superintendent of the Glen Cove School District, says her staff has made many changes over the summer to teach online and hybrid models. Credit: Corey Sipkin

Dozens of school districts across Long Island have pushed back reopening dates, largely as a means of providing more training time for teachers and other staff dealing with the potential threat of COVID-19 infection.

Districts that shut down in mid-March will resume operations starting Wednesday and continuing over the next two weeks. The largest wave of reopenings is scheduled for Sept. 8 through Sept. 10, with a few systems starting as late as Sept. 14.

Across the Nassau-Suffolk region, about 420,000 students in 124 districts are scheduled to attend public schools, either in person or remotely. Several districts continued announcing calendar changes last week.

Safety concerns were just one reason for delays. Another factor was the traditional reluctance of districts to open before Labor Day, which falls relatively late this year, on Sept. 7.

Glen Cove, which originally planned to open its doors Sept. 8, is one of five districts now planning a Sept. 14 start. Glen Cove Superintendent Maria Rianna said the new date would be preceded by three days of professional staff training, along with extra building renovations.

Three vacation days will be canceled later to allow for the additional prep time, Rianna said.

Getting ready this year will be more difficult for teachers, the schools chief explained, because they "will be multitasking in very different ways. They're going above and beyond to prepare themselves to deliver instruction in ways they've never had to before, to ensure students are successful as they transition into this new school year."

About 2,500 students will attend Glen Cove classes this year, many on alternating-day schedules, officials said. An additional 500 to 600 students are expected to opt for staying at home and taking lessons online.

Islandwide, many health precautions outlined in districts' reopening plans are unprecedented. In some high schools, students will carry three-sided plastic sneeze shields from class to class throughout the day. Younger pupils will be drilled in proper hand-washing, sneeze suppression and wearing of masks.

One big change throughout the region will be the switch to alternating class schedules on a massive scale, with half the students in many schools attending classes one day, then staying home the next. As a result, teachers often will find themselves working with, say, a dozen students face-to-face in their classrooms, while another dozen watch the livestreamed lesson on computers at home.

The idea behind alternating schedules is to keep in-school attendance low enough to maintain proper social distance as a health measure. For classrooms, New York State rules define this as 6 feet of space between students, measured from the center of one desk to the center of another.

"My challenge is wrapping my head around how I'm going to engage students at home, while also teaching the students I have in my class," said Patty Kolodnicki, a high school math teacher in Levittown. "I mean, in a typical school year, I'm pretty anxious, and there are nights I don't sleep very well. That started a little earlier this year, in June."

Heavy reliance on high-tech instruction has raised concerns across the region that this will put at a disadvantage families that cannot afford reliable internet service and electronic hardware.

In Center Moriches, administrators viewed the issue seriously enough to move their opening back a day, from Sept. 8 to Sept. 9, while setting aside Sept. 8 for "digital orientation." Such training will be provided to all students, both the approximately 1,300 who opted to attend classes in person and the 200 who opted to remain home.

"We wanted to treat all kids equitably," said the district's school chief, Ron Masera, who also serves as president of the Suffolk County School Superintendents Association.

Parents wonder, meanwhile, if districts can master the use of classroom cameras to the point where the majority of students' academic time is spent on lessons provided live by teachers. A worry is that technology will break down and that students will spend much of their time as they did last spring, instructed impersonally.

Nicole Marino of West Islip, the mother of an eighth- and 12th-grader, said she has raised the issue with district authorities and is still unsure whether livestream teaching will be delivered often, seldom or hardly at all.

"Sadly, we're less than two weeks to reopening, and I'm afraid my district has left a lot of questions unanswered," Marino said. "It's unsettling."

In response, the district provided Newsday with a high school advisory stating that all students will receive daily, interactive instruction from teachers, either by webcam or other means.

See your school district's start date, reopening planSchool districts across Long Island — which will open on one of nine days in September — have submitted their plans to New York State on how they expect to reopen their doors to students. Doctor on school reopenings: 'If we're going to try it, now is the time'Many parents wonder whether their kids will be safe if they choose in-person classes over remote learning. Local doctors provide the answers. Some school districts going all out to improve ventilation systemsSome Long Island districts are spending thousands of dollars on new air purifiers and top-to-bottom inspections of ventilation infrastructure. Watch: LI educators discuss school and COVID-19