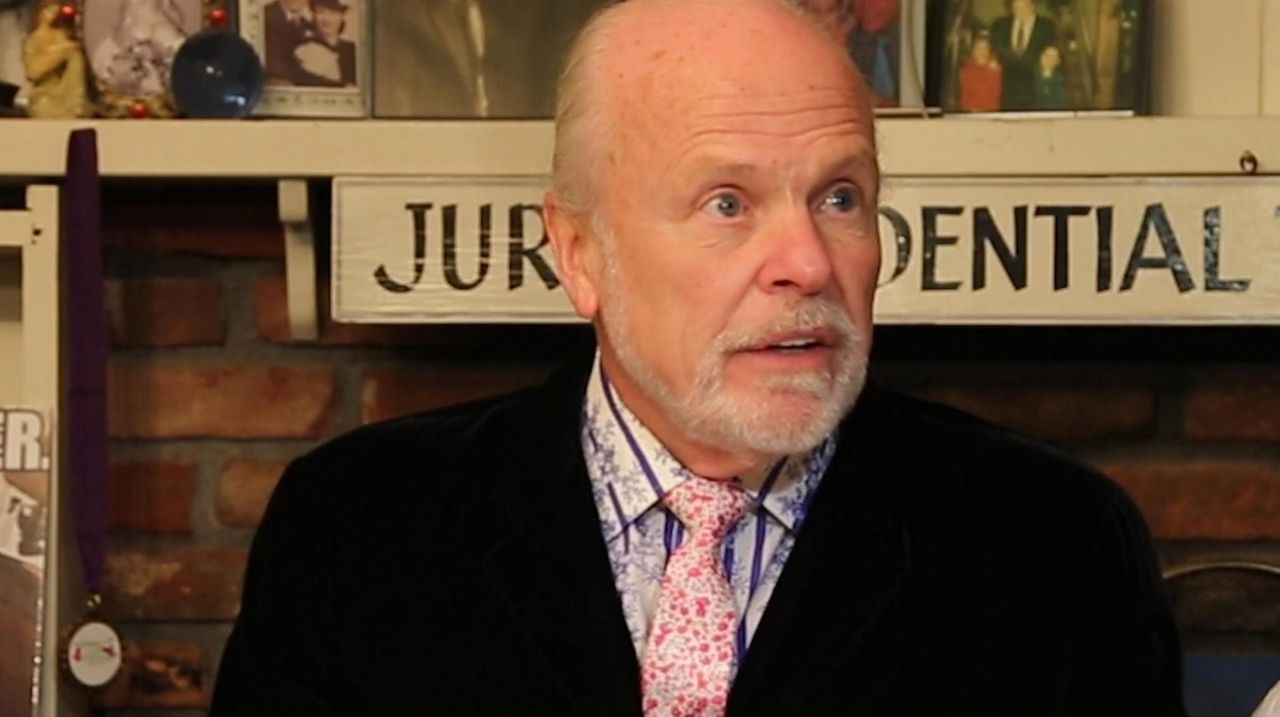 Attorney John Ray represents Anastasia Stapon, a senior at Riverhead High School who has filed legal papers to lay the groundwork for a $10 million lawsuit against the principal and the school district.  Credit: Barry Sloan

A senior at Riverhead High School filed legal papers to lay the groundwork for a $10 million lawsuit against the principal and the school district, alleging the principal sent her sexually explicit text messages and photos, her lawyer said Monday.

Anastasia Stapon, 18, of Riverhead, filed a notice of claim Monday that she intends to sue Principal Charles Regan, the Riverhead School District, Superintendent Aurelia Hernandez and the seven school board members, her lawyer, John Ray, said at a news conference in Miller Place.

Stapon attended the briefing with her adoptive parents, Maryann Wojcik and Theresa Stapon.

The notice of claim, which is a precursor to a civil lawsuit against a municipality, cites gross negligence, a lack of supervision and misuse of school resources on the part of the defendants, Ray said.

Regan, 48, of Quogue, did not respond to requests for comment. The district reassigned him last week pending an investigation into a personnel matter. A district spokeswoman declined to comment on the allegations or the notice of claim.

Regan, who is married and has two children, allegedly sent thousands of often sexually explicit text messages and images to Stapon over a four-month period that started shortly after the first of the year, Ray said.

Last week, the principal allegedly kissed and groped Stapon in his office, she said at the news conference.

Stapon, who moved to the United States 13 years ago from Russia, said she told her adoptive parents about the April 30 encounter and they alerted the school district and Riverhead police.

“A school is not supposed to be a trap for vulnerable young students,” Stapon said. "Charles Regan and Riverhead schools have destroyed my spirit."

Detectives are investigating the allegations, said police Chief David Hegermiller. The student has met with detectives and turned over pages of text messages and photos, he said.

“If there is a crime, he is going to be charged," Hegermiller said of Regan.

Stapon said she and Regan became friendly last year when she was at an emotional low point. Regan helped her join the track team and make better dietary decisions, she said.

The relationship began to change in January, Stapon said. Regan transferred Stapon’s younger sister, a special education student, to another school and urged Stapon to drop her guidance counselor, offering her private sessions in his office, Ray said.

Eventually, Stapon and Regan were meeting for up to 45 minutes a day in his office, she said.

Ray said Regan preyed on Stapon, isolating her from friends and family while slowly “grooming” her for sex. A text on display at the news conference showed Regan allegedly talking about a long-term commitment to Stapon.

Beside texts, Regan allegedly sent a video of an older man preparing to have sex with a younger woman and seminude selfies of himself, Ray said.

“This is a classic style of a groomer sexual predator,” Ray said. “They find weaknesses. They rush in and make you think they are your counselor and friend.”

Regan joined in the district in 2006 as assistant principal and became principal in 2013; he earns nearly $188,000 a year, officials said.

Forecast: Rain, then snow for morning commuters
Omicron: On the front lines
Seniors Calendar: Events from Jan. 23 to Jan. 30
Barge off Long Beach surveys best route for wind-powered cable
A community comes together to 'put food in the fridge that people will actually eat'
School Notebook: Winners in Emerging Leaders contest
Didn’t find what you were looking for?