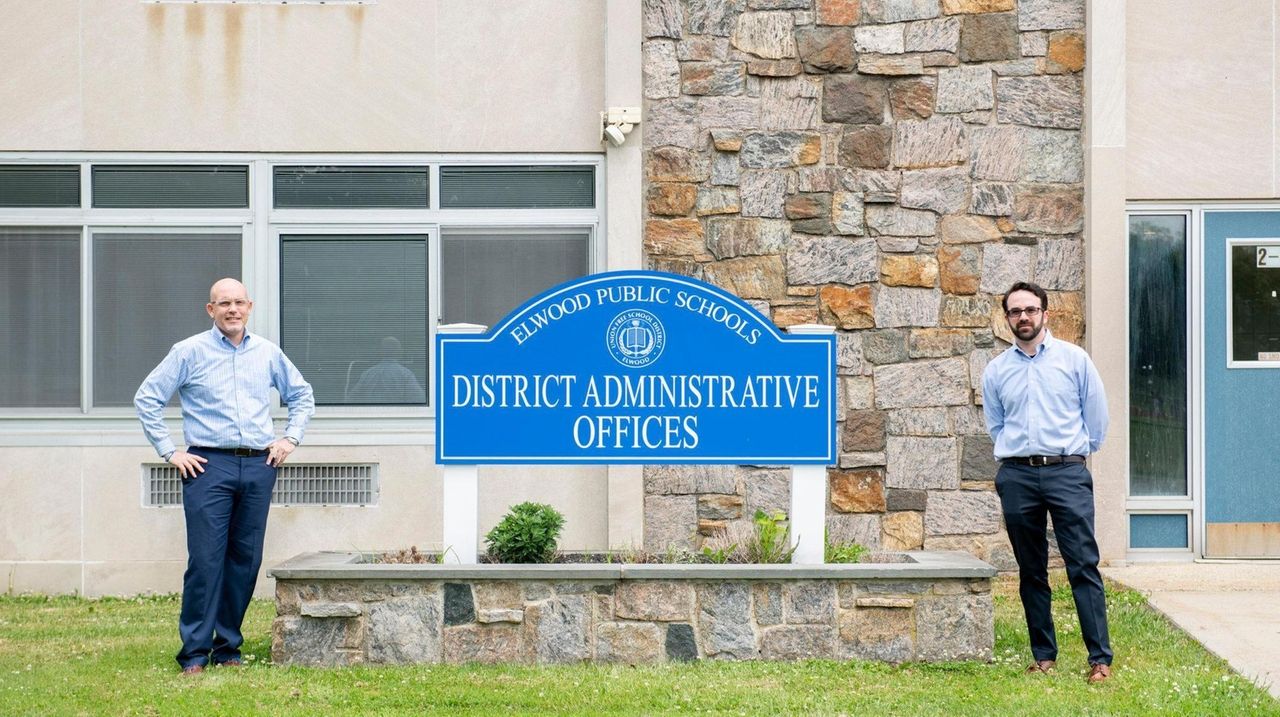 The Elwood Union Free School District and the teachers have come to an agreement. The teachers have agreed to a salary freeze in time for a budget vote, in the spirit of working together to help families impacted by COVID-19. Credit: Johnny Milano

Long Island school districts are proposing an average spending hike of 1.8%, about $242 million regionwide, a relatively low increase reflecting officials' caution in the face of pandemic and economic disruption.

Education officials add that budget projections for the 2020-21 fiscal year could drop in coming months, if the state pulls back on funding support as widely anticipated.

Confusion surrounding this year's budgets was underlined Friday, when Gov. Andrew M. Cuomo said he expected to make a decision by Sunday on whether to allow districts to again postpone votes on budgets and board candidates. Voting, originally scheduled for May 19, was pushed back to Tuesday, before the latest announcement.

The governor was responding to a reporter who said some districts are having a hard time getting ballots out to residents, and are asking for a delayed vote or allowing votes to be counted as long as they are postmarked by Tuesday.

The new school-elections date is June 16.

Administrators and teachers in the Elwood district made a dramatic move recently to deal with financial uncertainty, announcing they would take a salary freeze, thereby saving the system an estimated $750,000. The district's superintendent, Kenneth Bossert, described the action as "shared sacrifice" driven by fiscal crisis. Approval by Elwood's school board is pending.

Elsewhere across Nassau and Suffolk counties, school districts have released budget proposals that they describe as tentative, but based on the best estimates available. Those projections reflect Albany's school-aid numbers for next year, which are essentially flat from the current year and subject to potential reductions.

For the first time, all voting is by absentee ballot. The mass switch-over from in-person voting is a health precaution triggered by the COVID-19 pandemic.

Spending by the region's 124 districts would rise next year to a combined total of about $13.4 billion, based on district budgets compiled by the state Education Department. That reflects a 1.8% spending increase, the lowest since 2015-16.

The region's school-tax levies — revenues collected through property taxation — would increase to $9.1 billion. That represents a 2.1% increase, the lowest since 2017-18. School levies account for more than 60% of homeowners' tax bills in the Nassau-Suffolk area.

Many local school leaders worry that universal absentee balloting will generate a larger "no" vote than normal, especially during a period of economic dislocation. A countervailing argument is that passage rates on school budgets have averaged better than 90% annually since the state's strict tax-cap limits took effect in 2012-13, and that this pattern could conceivably continue.

"A number of people have lost their jobs, the economy is in a very sad place," said Joseph Dragone, assistant superintendent for business and administration in the Roslyn district. "My fear and the fear of many boards of education is that people will take their frustration out and simply vote 'no.' School boards are very sensitive to that, and wanted to do everything they could to mitigate the pain for taxpayers."

Adding to the uncertainty are recent statements by Cuomo that he might reduce school aid by as much as 20%, if New York doesn't receive additional relief money from Washington. Such a cutback would amount to an average 5% loss of total school revenues Islandwide. Any such setback could fall most heavily on the poorest districts, which are the most dependent on state aid.

Nobody has said when such an announcement might be made. The worst scenario, school officials say, would be an announcement in the midst of the academic term. That could force teacher layoffs, followed by immediate notifications to parents that their children were being shifted to other classes.

"We expected on May 1 to be told that we'd have a cut in state aid, but they didn't tell us, and then that we'd be told May 15, but we weren't," said Julie Lutz, chief operating officer of the regional Eastern Suffolk BOCES school-services agency. "I think a lot of districts are waiting and watching and wondering if they're going to have to make midyear cuts. They're hoping not. But everybody knows it's a possibility."

The unpredictable state of school finances also was reflected in Newsday's annual survey of districts' budget plans. One survey question asked districts if they anticipated receiving enough state aid next year to maintain all existing programs. Of those responding, 50 districts said "no" and 39 "yes."

Newsday's survey also asked what districts planned to do in response to any revenue shortfalls. The most common answers were that districts would draw on cash reserves to compensate for aid losses, or that they would reduce staff. Some districts were more specific. Rocky Point listed employee retirement incentives as an option. Commack and Farmingdale listed larger elementary class sizes among possible choices.

Still, Elwood's plan calls for a one-year pay freeze, a 0.5% raise, step increases the next year and three additional years of small salary raises coupled with increased employee contributions to health care costs. District representatives said the agreement for the 2020-21 school year would produce about $500,000 in savings from Elwood's 180 teachers and about $250,000 from administrators, clerks, custodians and other workers.

"We understand that we needed to assist during this time of economic uncertainty and focus on the long-term educational and financial needs of the district's students and residents," said Garrett Chesnoff, president of the Elwood Teachers Alliiance union.

LI school elections: See candidates, propositions and budgetsSchool district residents are voting by absentee ballot on budgets and members of their local boards for 2020-2021. See what's at stake in your district. See your school district's spending and tax plansLong Island school districts plan to spend $13.4 billion in the 2020-21 school year, which would represent an average spending hike of 1.8%, or about $242 million, if approved. FAQ school voters guide 2020FAQ Q: What school year will this budget cover? A: The 2020-21 fiscal school year, ...