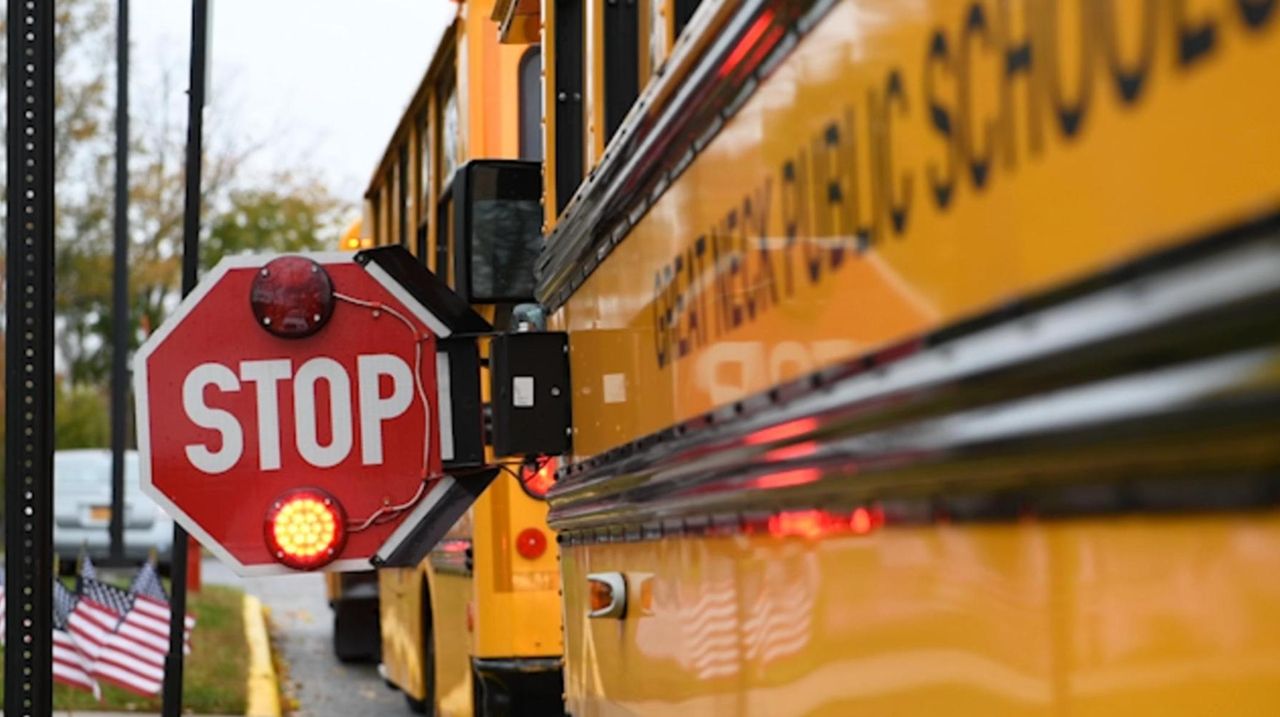 Sen. Chuck Schumer on Tuesday pressed for the National Highway Traffic Safety Administration to release the findings of a report on installing cameras on school buses to catch drivers who illegally pass the vehicles. Credit: Corey Sipkin

Sen. Chuck Schumer on Tuesday pushed for release of a federal report on the effectiveness of installing cameras on school buses to catch drivers who illegally pass the vehicles.

The study could result in the release of federal money to municipalities weighing the cost of the camera program.

"This is a study we need because if they find it's dangerous, then school districts might decide to put these [cameras] on the sides of their buses," Schumer said outside the bus loop at Great Neck South Middle School.

"A lot of school districts don't know whether they should or they should not … and this study will determine it," Schumer said.

Schumer said the National Highway Traffic Safety Administration has "slow-walked the study." His office said the department promised a report in the fall of 2018.

"We need that study to be done," Schumer said.

In a statement, the federal agency said it was, "engaged in a multiyear study in multiple locations examining the deployment of school bus cameras to evaluate the effectiveness of these cameras."

NHTSA "takes its safety mission seriously and is committed to protecting the nation’s students as they travel to and from school," the statement said. "The study is not examining a federal requirement or regulations for such cameras."

The agency said it would "respond shortly" to Schumer's request.

Schumer said if the federal study finds safety is an issue, "a big pot of money" allocated for highway safety funding can be released to school districts for the cost of the cameras and enforcement.

In September, the Nassau County Legislature authorized a camera monitoring program. School boards must decide whether to opt into the program; Nassau will need to hire a vendor to install the equipment on buses.

Owners of the ticketed vehicles will be liable for penalties, which start at $250 for a first violation, according to the county law. County officials said in September they would survey districts to determine if they were interested in adding the cameras to buses.

Nassau County Executive Laura Curran said at Schumer's news conference that school districts have been in touch with the county about the program, but the cost has been an issue for districts and the county.

"We're beginning these conversations with our school districts now, and the key is to roll this out in a way where the public is well-informed, and the school districts that want to work with us get the cooperation that they need," she said.

Schumer also said he would back the Stop for School Buses Act of 2019, which would require the U.S. Department of Transportation to conduct a public safety campaign to highlight the importance of stopping for school buses.