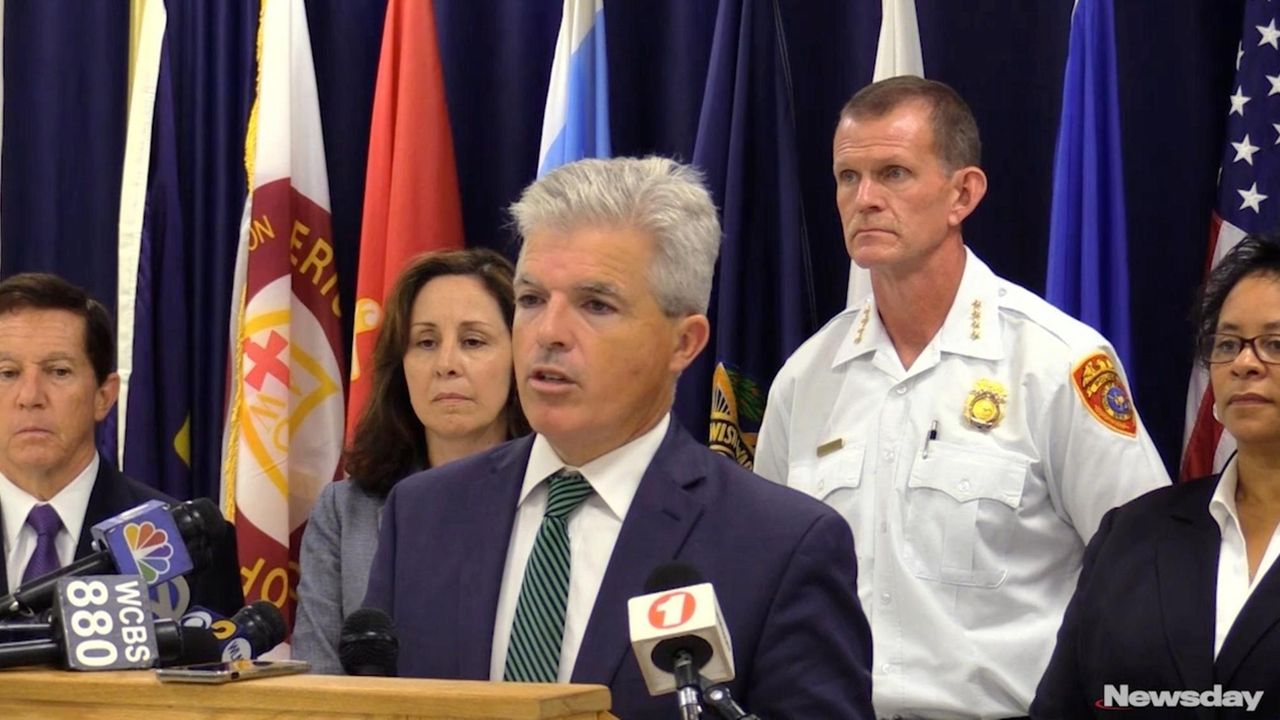 With waves of children returning to Suffolk schools in the coming weeks, the county's police commissioner said on Wednesday that more officers will patrol all campuses as part of a push for improved safety and reduced response time in the event of a mass shooting.

The effort will include unannounced but highly visible visits from Suffolk police officers at public and private grade schools within the department's seven precincts, Police Commissioner Geraldine Hart said at a news conference in Hauppauge. Patrol officers will visit, on average, three school buildings within their precinct a week, she said.

These visits will allow officers to become familiar with the layouts of the buildings and their surroundings in the event they are called out for an actual emergency situation like an active shooter on campus, Hart said.

There are a total of 450 public and private school buildings within the police department's jurisdiction, which covers Five Towns.

"When the officers walk in, they need to know exactly where they’re responding to,” Hart said. “They need to be familiar with the personnel of the schools — administrative staff as well as security staff.”

On Thursday, the Suffolk County Sheriff's Office is scheduled to host a forum on school safety at St. Joseph's College in Patchogue that will include a countywide slate of principals, superintendents, security experts and Mark Barden, the father of a 7-year-old boy killed in the Sandy Hook school shooting in 2012 and the founder of a nonprofit with the goal of reducing gun violence.

In March, Nassau County Police Commissioner Patrick Ryder said every officer on patrol must visit a school once per weekday tour and walk the halls with a school resource or security officer. Some measures to prevent a deadly campus attack — expensive and sometimes controversial — in Nassau and Suffolk, are already in place for the fall start to the school year.

Suffolk County Executive Steve Bellone last month signed legislation authorizing the county to borrow $2 million for a smartphone-based emergency alert system that officials say would allow the staff to instantly alert police and school personnel in the event of a mass shooting or other emergency.

In Syosset, school officials made security upgrades in the system's 10 buildings. Massapequa’s school board approved the hiring of armed guards in the district, and Montauk schools are installing more internal cameras. Sayville improved external cameras and increased security staff hours. And when the 2018-19 school year begins in the Harborfields district in Greenlawn, visitors will be required to wear identification badges that include their photo.

Miller Place school authorities in February assigned armed personnel to each of the district’s four schools.

Officials believe having armed guards inside the schools reduces the amount of time the shooter can roam the buildings, and, hopefully minimize the number of casualties.

But some Long Island parents and educators have questioned the safety of having armed guards in such proximity to students.

Others have pointed to the Feb. 14 mass shooting at Marjory Stoneman Douglas High School in Parkland, where a gunman killed 17 students and faculty despite the presence of armed sheriff's deputies, who failed to enter a campus building after gunfire erupted inside.

Hart said Suffolk school officials who are concerned about overpolicing of their students, faculty, and staff, can opt out of the police departments plan.

“We intend to move forward unless we hear objections from a specific district,” she said.

Suffolk police Chief of Department Stuart Cameron said one of the new security plan's goals is to narrow the window between a 911 call and the time it takes officers to respond in the event of a school emergency.

The FBI studied more than 60 school shootings and found that 70 percent of the time the shootings ended in five minutes or less, Cameron said.

Currently, Cameron said, it takes Suffolk police three minutes, on average, to respond to the highest-priority 911 calls, such as a shooting in progress or an officer needing assistance.

In addition to increasing police presence on campuses, the department is also working on an initiative that would allow anyone aware of threats directed at a school to text a tip to the police. Hart said she hoped the initiative would be up and running before the start of the school year. She said 93 percent of mass shootings in schools were planned.

“If you know that someone wants to cause harm at a school, tell us, so we can intervene and stop it,” Cameron said.

Ron Masera, vice president of the Suffolk County School Superintendents Association and superintendent of the Remsenberg-Speonk school district, said the police department's safety upgrades is an example of an "extraordinary" partnership between law enforcement and educators.

“We really appreciate this partnership because we know that our schools are safer today," Masera said.