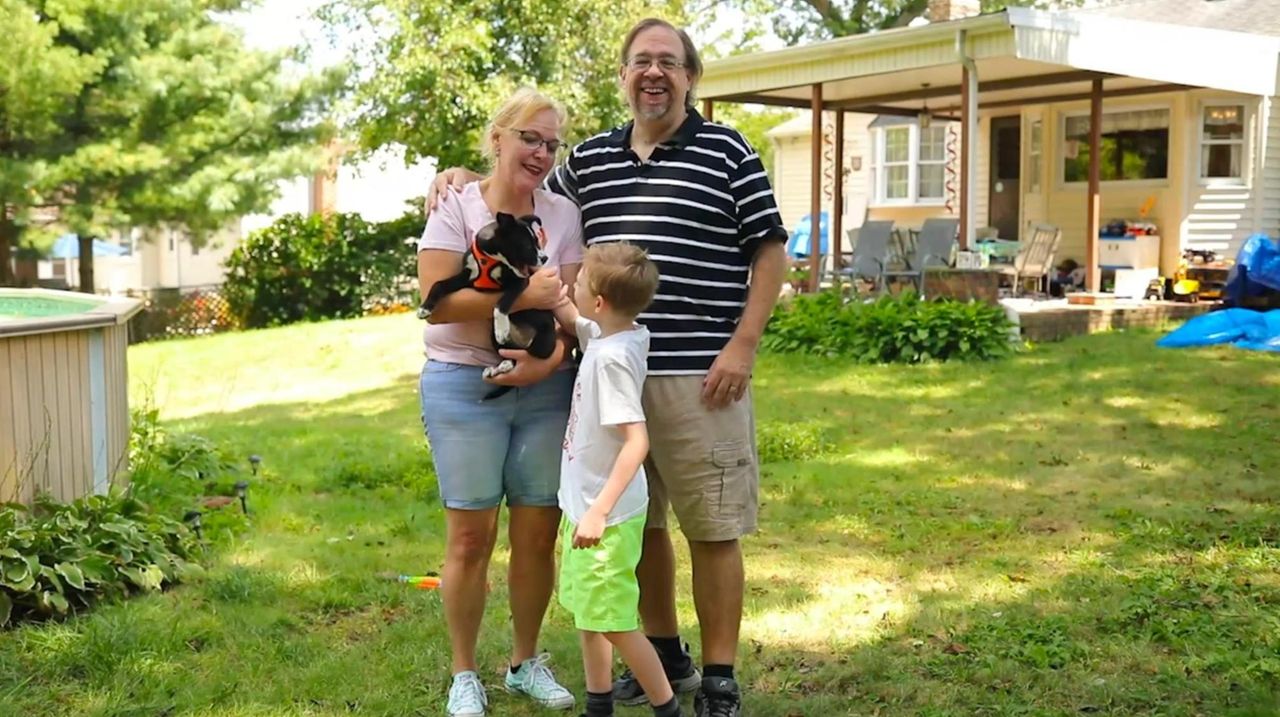 The Connetquot school district's budget includes funding for armed guards. But Chris Palermo of Ronkonkoma, who has a son in the district, does not approve. Credit: Morgan Campbell; James Carbone

Some Long Island school districts are spending more money on security as schools prepare to reopen this fall, including in Bohemia, where the Connetquot system is spending $300,000.

A Newsday survey of school budgets this year found other districts — including Eastport-South Manor, Herricks, Lynbrook and Mattituck-Cutchogue — where funding was approved for security, while one district, Mattituck-Cutchogue, is putting some of its security spending on hold due to the coronavirus pandemic and potential state aid cuts.

Connetquot Superintendent Lynda Adams said plans will remain in place for the 5,600-student Suffolk County district, where the $300,000 was approved by taxpayers in the budget in June.

A document on the district's website read that the budget included additional security protection at all schools by arming one or more security guards who will be deployed on campuses, and another document read that the district will add armed guards to every building.

Adams declined to comment on the number of guards or their locations, "as to not jeopardize the confidentially or integrity of our school safety and security plan." The district has 10 schools.

"School safety and security is a top priority for the Connetquot Central School District, and, just with our educational offerings, we are committed to reviewing and making enhancements to our protocols and procedures in an effort to continue to protect our school community," Adams said.

Suffolk County Sheriff Errol Toulon Jr., whose office has advised several districts, said security remains a priority, but "we are going to have to deal with it a little differently now that there are COVID restrictions . . . It is going to be very incumbent on school superintendents and the administrators to really start to plan."

Guidance issued in July on reopening by the state Education Department said schools must continue mandatory fire and lockdown drills. These drills must include "social distancing at exits and gathering points outside the building, while still preparing students to respond in emergencies," according to the state. Some schools, in their reopening plans, stated they will "stagger" drills where classrooms evacuate separately.

Some in the Connetquot district felt school officials should have held a separate referendum on such a controversial issue. An online petition asking for a revote has about 575 signatures.

Parent Chris Palermo of Ronkonkoma said school officials had discussed a referendum, but then reconsidered. "I would have rather seen this done legitimately as compared to tying it to the budget and risking the budget being voted down," he said.

Parent Christine Drago of Oakdale said the district did not send a budget newsletter to homes this year as they had done in the past outlining spending. Several districts across the Island did not issue mailers this year due to the pandemic.

"I started talking to my neighbors and we had no idea about this money for armed guards," she said. "Nobody knew, and their rebuttal after the fact was, 'Oh there was something on the district website.' "

Adams, the superintendent, said in a statement that the decision to add armed guards followed a "multi-month discussion process . . . as well as many public meetings and presentations that included input from residents."

Under the advice of legal counsel, she said, a referendum was not required. "By placing it in the budget, the community was able to have an official vote on this matter," Adams said.

In the Eastport-South Manor school district, voters approved a $97,108,005 budget that included $160,000 for security. Superintendent Joseph A. Steimel said four security guards are being added to four elementary schools, new walkie-talkie radios purchased and an upgraded student ID system installed. The district budgeted for three golf carts for security to patrol school grounds. Security guards will not be armed.

In Mattituck-Cutchogue, Superintendent Jill M. Gierasch said the district, which enrolls about 1,100 students, had budgeted $75,000 for security enhancements, but with potential cuts in state aid and the "possibilities of having to adjust the district’s plan and school shutdowns, these items are on hold for the time being."

Officials in the Lynbrook and Herricks districts declined immediate comment, but budget plans posted online showed additional spending. In Herricks — the Nassau County district that enrolls about 3,900 students — spending on security increased 20% — or by $136,610 — to $793,000. The district's website showed plans for the addition of school entry security enhancements and elementary school vestibules.

In Lynbrook, voters approved a proposition to spend $515,000 from a Technology Replacement Fund on several items, including "additional electronic security and surveillance equipment."

Toulon said he will continue to offer a vulnerability assessment to school officials where representatives from the sheriff's office review a district's safety concerns, placement of security guards and cameras and other protocols at no cost.