Long Island educators said they are already building the bridges they hope will lead schools out of the COVID-19 era.

A year spent largely away from school — struggling to master remote and hybrid learning — has taken a hard toll on students mentally and academically, educators said. Those same educators said the combination of mass vaccinations and safety protocols is gradually bringing students safely back into the classroom full time, helping them reconnect with their peers and teachers.

"The future is happening now," said Caren Gough, a lecturer in the science education program at Stony Brook University. "Merely getting them back to school, where they will have some routine in their lives, will have a huge effect." 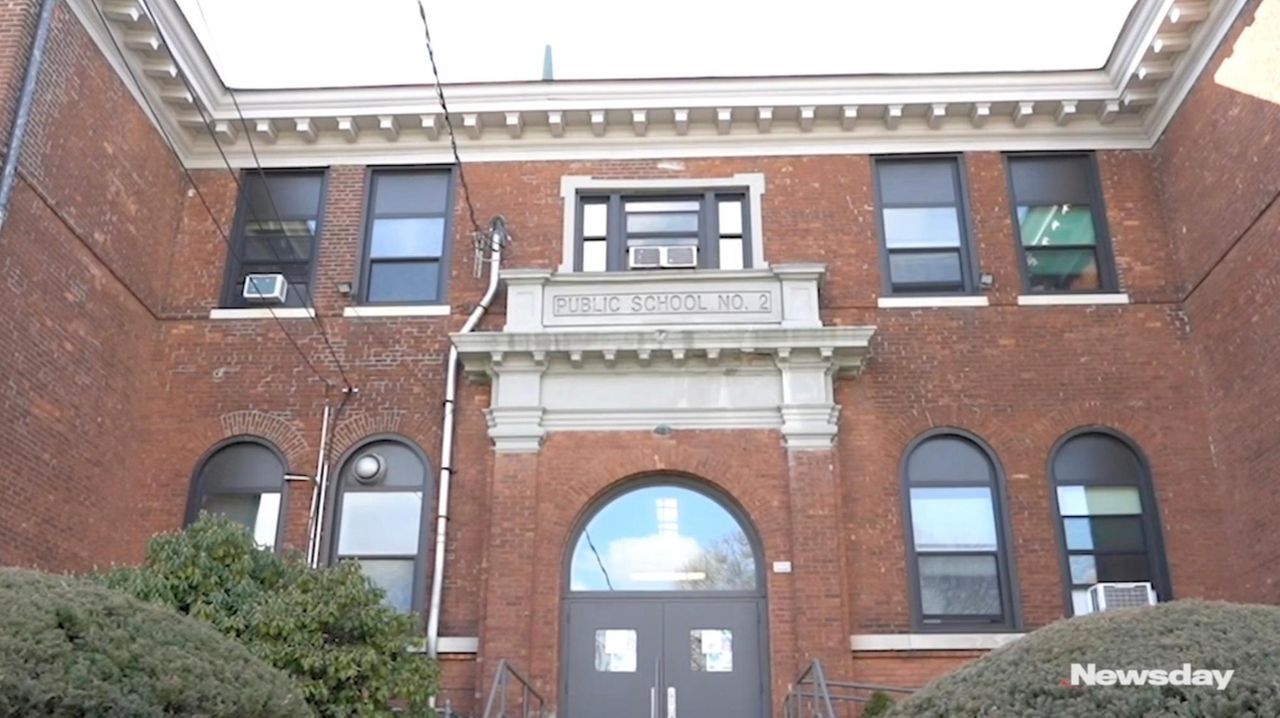 A year later, how schools have dealt with the pandemic A year into the pandemic, school officials, experts and parents weigh in on what it's been like to manage in-person and remote learning, as well as the mental toll it's taken on students and their families. Credit: Newsday / Raychel Brightman; Tom A. Ferrara; Chris Ware

A year ago, on March 16, 2020, Gov. Andrew M. Cuomo shut down schools statewide because of the coronavirus. A lot has changed since, including the reopening of schools last fall with a combination of virtual and in-person learning.

Moving forward, Kishore Kuncham, superintendent of the Freeport Union Free School District, predicts this fall will be a time of "hope and promise." By then, the Island should be well on its way toward achieving herd immunity and the great majority of students back in school five days a week, he said.

'It will be amazingly, extremely great for our kids and staff.'

- Kishore Kuncham, Freeport schools superintendent on the full-time return of students to the classroom

Sports, clubs and other activities largely will resume, with some safety precautions. The use of masks, desk guards and social distancing — albeit with shorter safety distances — likely still will be in place, too, he added.

"It will be amazingly, extremely great for our kids and staff," Kuncham said about the full-time return of students to the classroom.

Jennifer Bagielto, a mother of two in the East Islip school system, said she's already seeing a difference in her children's achievement since they both returned to school full time.

'They definitely have to be in school with their peers.'

- Jennifer Bagielto, a mother of two in the East Islip school system

"They're learning more," said Bagielto, of East Islip. "They definitely have to be in school with their peers."

Her son, Jackson, 6, a first-grader at Timber Point Elementary, remains a bit behind in reading and writing. She believes he and her daughter, Kamryn, 10, will do better when they can work in groups collaborating with their classmates.

Absenteeism has been a problem

This past year has been challenging for educators and students alike, especially in low-income communities. Districts have seen high absenteeism among students, as well as loss of learning and emotional problems. Educators said they are working to address these issues, including extra counseling, remedial coursework and student wellness forums.

Remote learning, while improved from the early days of recorded videos and packets of assignments, has been a disaster for some students. Teachers talk about students signing on to a class, turning off their computer cameras and disappearing. Some students have disappeared from the school system altogether. Grades have suffered, they said.

"Huge numbers of students are behind," said Gough, the Stony Brook lecturer. "There's going to have to be some kind of remediation over the summer or at the beginning of the school year."

Researchers have concluded that students of color and from low-income communities fell further behind their fellow students, worsening what was already an educational divide. Mathematics was a particular problem.

By the end of the school year, the loss of classroom time in math will likely will leave white students: 4-8 months behind

A December study by McKinsey & Co., a strategy and management consultant firm based in New York City, said that by the end of this school year, the loss of classroom time likely will leave white students four to eight months behind in math, while students of color could be six to 12 months behind.

Long Island school systems are trying to address these setbacks.

In the Freeport school system, students in kindergarten through fifth grade returned to in-person classes five days a week in November. High schoolers are coming back full time in phases this month. Grades six through eight have proved more difficult due to space challenges, Kuncham said. He hopes the state reduces spacing guidelines by the fall so he can bring back all students full time.

15% Decline in the percentage of students making expected grade-level growth in reading and math during the fall in the Freeport School District. 17%  K-6 students in the district who regressed at least one reading level.

Less than half the district's 7,000 students are learning remotely, he said. Freeport noted a 15% decline in the percentage of students making expected grade-level growth in reading and math during the fall. About 17% of K-6 students regressed at least one reading level, especially second-graders, Kuncham said. More than 1,500 students are currently receiving extra help after school remotely, he said.

Some students, especially those learning remotely, have slipped away from the school system entirely, he said. Teachers, guidance counselors and school psychologists are trying to reach out to the students' parents, sometimes even making home visits, he said.

Ron Masera, superintendent of the Center Moriches school district, said educators are coming up with innovative ideas to help students. For example, when students attend school five days a week, there still might be classes that have enrollments that exceed the space restrictions of COVID-19, he said.

For those high enrollment classes, the school can create an overflow classroom to handle extra students, where they follow the live instruction remotely on their computers, he said. The students can rotate in and out of this remote learning class during the week, so that each student attends the remote class only once a week. They would still be in school to attend other classes, said Masera, adding that his district plans to start such remote learning classes in April.

'We will need real flexibility when we bring these kids back.'

"We will need real flexibility when we bring these kids back," said Masera, who is also head of the Suffolk County School Superintendents Association.

Bill Heidenreich, superintendent of the Valley Stream Central High School District, said his district is starting up "Saturday Academies" this month, one in each of its four secondary school buildings, to help students get up to speed on math, science, social studies and physical education. These academies also will have offerings for special-education students and those still learning the English language, said Heidenreich, who is also president of the Nassau County Council of School Superintendents.

Some proposals and ideas have proved controversial, including those regarding summer school, standardized testing and holding a failing child back a grade.

Some educators are speaking against pushing students to attend summer school.

Richard Haase, an English teacher at Candlewood Middle School in Dix Hills, said students will need the summer to emotionally recover from the hard school year behind.

"We need to rediscover joy and the outdoors, and take care of our emotional well-being," said Haase, also president of the local teachers union.

Testing is returning this school term

Testing was scrapped last year in the face of the pandemic. But last month, President Joe Biden’s administration announced the federal government was no longer granting states blanket waivers from testing, and that it regarded assessments as essential in measuring student performance.

The announcement disappointed New York officials headed by Education Commissioner Betty Rosa, who had sought to cancel this year’s tests as well. Over the past two weeks, the state has come up with plans to comply with federal mandates, but only to a minimum degree that officials say is meant to spare students undue stress.

In April and May, the state will administer shortened versions of English and math tests in grades three to eight, assuming it can’t persuade federal authorities to grant testing waivers.

In June, the state tentatively plans to give high school-level Regents exams in English, algebra, earth science and environmental science, while canceling exams in six other subjects including U.S. history and global history.

'The tests are coming, and they’re coming fast.'

"The tests are coming, and they’re coming fast," said Jeannette Deutermann, of North Bellmore, founder of an Islandwide parent network.

Looking ahead, schools said they also must address the emotional damage to children who, depending on their circumstances, may have been largely removed from the classroom setting or whose families have lost loved ones or household income, said clinical psychologist Debra Reicher, of Stony Brook Medicine.

'I have seen kids who've never seen their teacher in person.'

"I have seen kids who've never seen their teacher in person," Reicher said. "That's going to make the initial transition back to school difficult."

Young people are surprisingly resilient, Reicher added, and the quicksilver changes that came with the pandemic are teaching kids lessons in flexibility that they can carry the rest of their lives, she said.

The pandemic spurred some changes in education that might well remain, particularly in the area of technology. Students having computer tablets may become the norm, said Roberto Joseph, a Hofstra University associate professor of educational technology.

"Students could watch a lecture at home. So, the class would not be so much lecture, but coming in to discuss it and focus more on hands-on activities," Joseph said.

The technology issue brings to light disparities between low-income communities and their peers, and school officials will need more funding, donations and help from the business community to bridge that technology gap, he said. Many school systems are working with budget constraints due to the pandemic, even as they watch for any extra money coming from Washington, Joseph said.

'As I walk around, the kids are wearing masks, but you can tell from their eyes that they're smiling.'

But even now, Long Island educators said they feel a positive energy in the air, with hope abounding of better days ahead.

"As I walk around, the kids are wearing masks, but you can tell from their eyes that they're smiling," Heidenreich said.