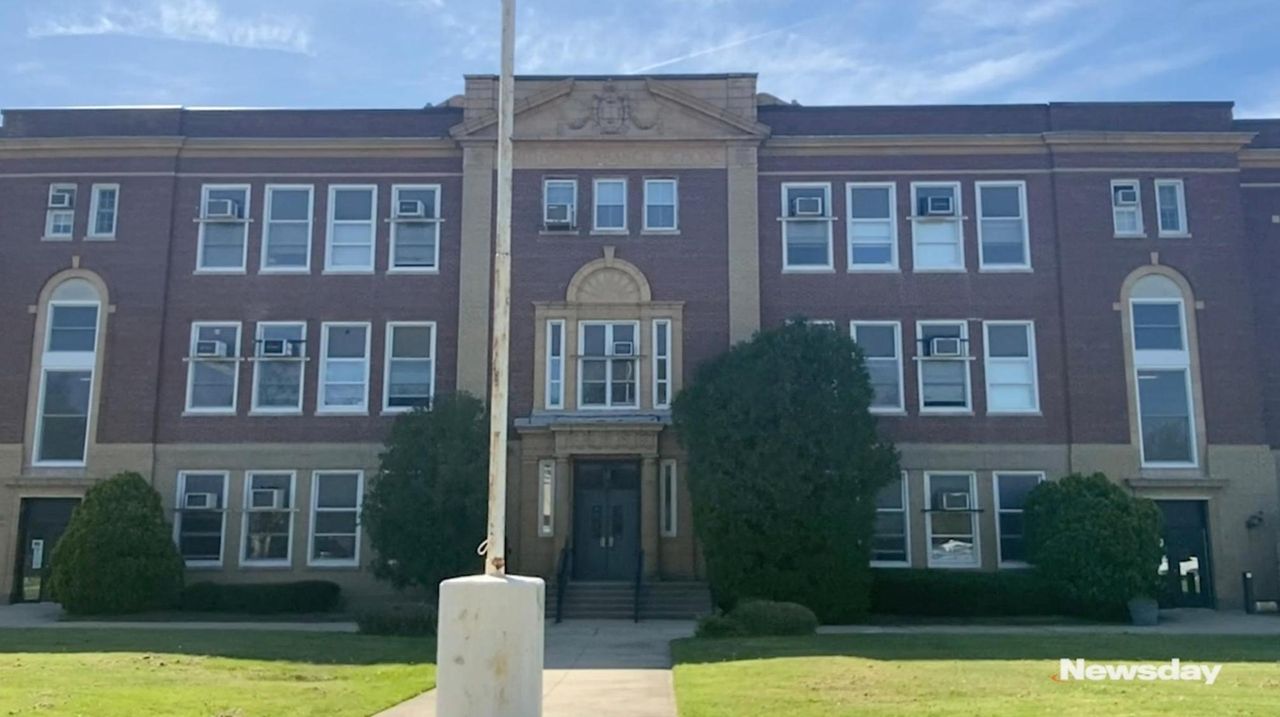 The Smithtown Central School District is defending its equity efforts after some in the community accused the district of being prejudicial against white children and laying the groundwork for socialism.

Parents and others in recent months have questioned the district's stance on "critical race theory" and "white privilege," topics that entered the national conversation following the killing of George Floyd by then-Minneapolis Police Officer Derek Chauvin in 2020. Residents have suggested at school board meetings and on social media that the district’s work in equity and inclusion had run amok.

In a statement issued April 29 intended to debunk "false narratives" about the district’s equity work, school board members, top administrators and teachers union leaders said they had not adopted a goal or policy related to critical race theory and were not singling out white children.

In March, Smithtown Assistant Superintendent Paul Strader told speakers during a school board meeting that the district had not "explicitly invested resources in the teaching of critical race theory." The district was, though, "providing opportunities for students to see themselves reflected in literature available through our school and classroom libraries so that all students can feel included, represented and part of the Smithtown school community."

District administrators and school board members refused Newsday’s interview requests last week and did not answer written questions about the district's equity work, which parents have said includes topics on race, but also those having to do with LGBTQ, special education and different cultures.

Board members and Superintendent Mark Secaur said in a statement Thursday that the district was responsible by law for "the achievement of students regardless of gender, race, ethnicity, disability, or socioeconomic status … Providing support to students in any of these groups does not come at the expense of other students." The district's work "should not be a divisive, partisan issue, but rather a moral obligation."

District officials did not identify the source of purported misinformation being circulated in the community, but a local website’s March newsletter trumpeted a "crisis in our schools" while singling out the district. And since January or before, Suffolk radio show host Robert Cornicelli has spoken on-air about the "radical left and indoctrination" in schools, including Smithtown’s.

Cornicelli, the website saveourschools.me, the Suffolk PBA and pro-Donald Trump group Long Island Loud Majority endorsed a slate of challengers — Stacy Murphy, John Savoretti and Karen Wontrobski-Ricciardi — for the May 18 school board elections against incumbents Jeremy Thode, Mandi Kowalik and Charles Rollins. The Suffolk PBA, which did not respond to an interview request, does not typically make endorsements in school board races.

While how and when to return to in-person schooling was a pressing issue for the seven-member school board during much of the coronavirus pandemic, matters of equity also attracted attention as the Black Lives Matter movement drew hundreds last year for marches that passed the district’s administration building off Main Street. There also were counterprotests, in support of police.

Students, alumni and community members in a June letter asked district administrators to "address issues of systemic racism and other forms of injustice and oppression." The letter, with 1,059 signatures, asked the district to "diversify and increase the book selection, course offerings and lessons of Black history and literature by Black authors" and other authors of color.

Some of those issues are addressed in a district equity and inclusivity goal for 2020-21 that aims to "develop ways to incorporate greater empathy, appreciation for diversity, elevation of and representation of diverse perspectives, critical thinking and critical consciousness."

Criticism of the district this year started early.

At a Jan. 12 board meeting, a woman identified in minutes as June Moylan criticized the district’s choice of actress Diamond Essence White to appear at Family Literacy Night, an event organized by the district’s equity team. White read from a children’s book. But Moylan said White's social media feed contained comments in support of the Black Lives Matter movement and critical of police. Moylan objected to the appearance of a "politically charged person" and said in a written comment that school should be a "neutral place for our children." Moylan could not be reached for comment for this story.

Secaur said during the meeting that Literacy Night "should not turn into a polarizing event" and the district should have done a better job vetting White.

White, in an interview with Newsday in January, said parents might have checked her social media pages "expecting offense" because of her race. She is Black. She said her posts about police did not refer to specific officers, but to police as a social institution that is "flawed and needs to be revamped."

"What I post on social media comes from a place of personal, lived experience," she said in the interview. She added she has family members who are police and a brother who was almost killed by police in an apparent case of mistaken identity.

At a March 9 board meeting, three speakers asked questions about critical race theory, white fragility and white privilege. "Does the Smithtown Central School District board denounce the term white privilege?" a woman identified in minutes as Vanessa Soda asked.

Critical race theory is a body of thought examining the intersection of race and the law. White fragility is a term coined by a sociologist to describe white people's defensiveness when confronted by information about racism. Those terms have circulated for years, but their use spiked in 2020, according to the Nexis database, which archives articles and transcripts.

Secaur declined to denounce the term white privilege at that March 9 meeting. "Civility is hampered when we use words such as denounce, harmful and rhetoric," he said. "It is not easy to talk about race and racism, but it is essential."

Soda, in an email to Newsday, said the district’s focus should be "academics not activism, what binds us and not what divides us," and that some district programs are "designed to evoke stress and discomfort among our students." She did not name the programs, but parents at several board meetings have complained about the district’s Challenge Day program. A district representative told Newsday last month that program was part of its anti-bullying work and that children’s participation was at the discretion of their parents and guardians.

Soda also said the district had spent money on a "White Privilege Symposium" for teachers, without providing details. The district wouldn't directly answer whether it had, but Secaur said in a statement Tuesday that "the district has supported attendance at a number of conferences on a range of topics related to diversity, equity and inclusion."

Cornicelli, in a recent interview with Newsday, did not provide radical-left indoctrination examples, but said that is what takes place when groups such as ERASE Racism, a Long Island civil rights organization, conducts workshops.

ERASE president Elaine Gross said the organization conducts workshops on implicit bias and anti-racism in schools, businesses and nonprofits, but had not held any in Smithtown for at least three years.

Cornicelli also said the district's push to increase staff diversity is wrongheaded because administrators should simply seek the best teachers.

"The school is failing because the school is bringing in an idea of diversity and you’re teaching children you’re no longer judged by your talent or accomplishment, but by the color of your skin," he said. "What’s this big push in Smithtown if no one’s experiencing racism?"

The school system is not failing, according to the district's April 29 statement. Student performance has improved during the past five years, including graduation and Advanced Regents rates, number of AP scholars, and the percentage of students with a disability graduating, the district stated.

"I don’t necessarily know if they’re telling the truth," Cornicelli said. "I haven’t seen the numbers."

A not-for-profit, School Oversight Solutions, created the saveourschools site. That entity is registered with an East Islip woman, Lisa Azzarelli, who moved out of Smithtown last year, according to neighbors and records. Azzarelli could not be reached for comment.

Text on the website describes it as a "grassroots organization intent on bringing transparency to parents and taxpayers across town, county, state, and country."

Without providing examples, the newsletter posted to the site described the school board as "complicit in the enforcement of identity politics, white privilege theory, and critical race theory." Those initiatives, it suggested, compose one strand of a grand conspiracy to bring socialism to Long Island.

During the public portion of an April 13 board meeting, a woman who did not give her first name but identified herself as Azzarelli and as a Smithtown resident, said the district’s "white children … are not feeling very welcome right now," condemning what she said was an administrator’s statement last year that the district was "predominantly white" and "had a lot of work to do."

School system alumni interviewed for this story said they remembered few or no teachers or administrators of color in the district, few students of color and little attention in district curricula to the lives of people of color beyond the civil rights movement of the 1960s.

Sunitha Palat, 21, a rising senior at the University of Michigan, attended Smithtown schools from kindergarten through graduation at Smithtown High School West in 2018, where she said she was one of three Indian students out of a class of 462.

She recalled skipping beach trips with classmates because she worried the sun would make her brown skin darker, teachers who repeatedly called her by another Indian American girl’s name, and the rhyme that her middle school classmates recited, loud enough for her to hear, about the bindi, or colored dot, worn by some South Asians.

"I felt sheepish about my race and my culture and my background," Palat said. "I tried a lot to fit into a white mold rejecting my culture, things my family did, and envying the lives of my friends."

She said she hoped the district would continue "bringing in authors of color, even showing films and documentaries about that experience." But no amount of equity work would overcome demographics, she said.

"I now know the value and importance of growing up in a more diverse, inclusive town," Palat said.

Cory Zhou, 21, a 2017 Smithtown High School West graduate who soon will graduate from Yale University, said he experienced little overt racism while in school, but felt compelled after last year's protests and marches to urge district leaders to act more strongly on behalf of minority students.

Zhou joined the district’s equity team, where he has worked with Jennifer Bradshaw, the district’s assistant superintendent for instruction and administration, who was the target of criticism by some skeptical of equity work.

"Seeing the district and administration willing to stand by her and our team’s work was very heartening," he said of the district's statement.

Comedian Ilana Glazer, a 2005 Smithtown High School graduate who lives in New York City, also has been frustrated with the district.

Glazer wrote in an email to Newsday that "the history of racism on Long Island and in Smithtown goes too far back for a single promise to crumble any of that structure, and it doesn’t erase the district’s mistreatment of Diamond Essence White. An active and continual commitment to uprooting racism in Smithtown awaits."