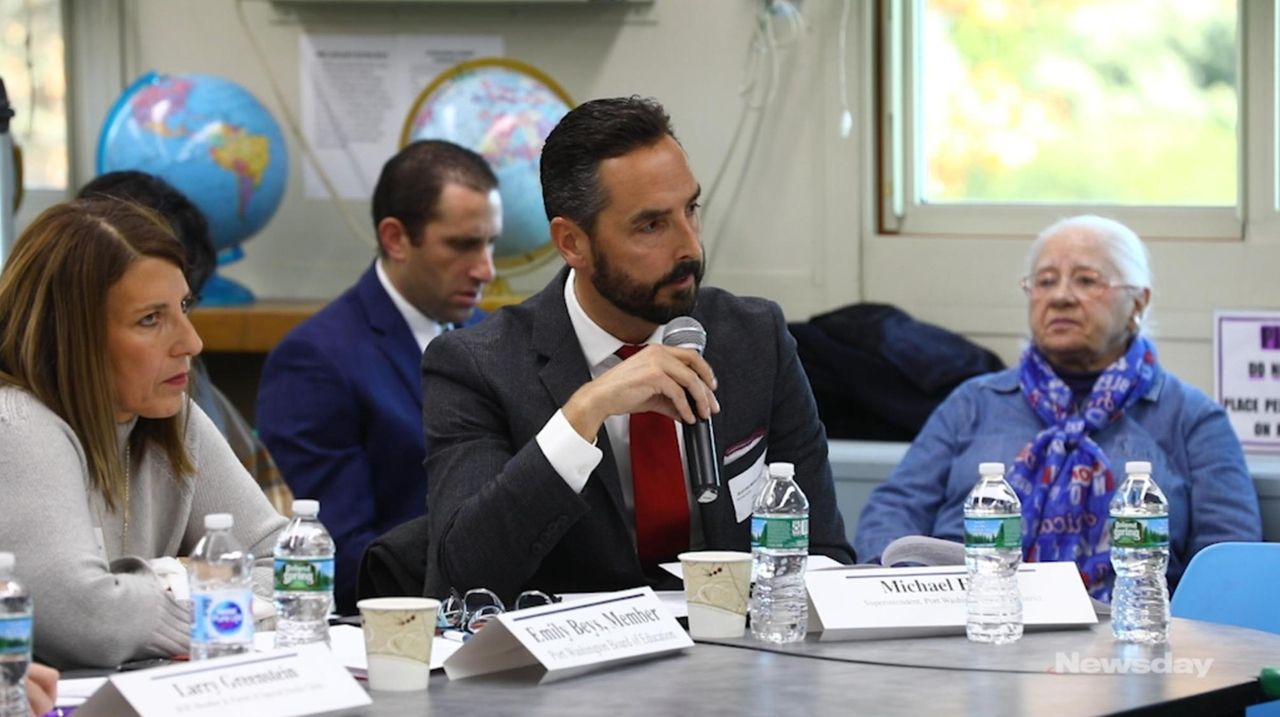 New York State’s system of distributing billions of dollars to public schools is “broken,” “convoluted” and needs to be fixed, a succession of Long Island education leaders, union representatives and others said Wednesday at a regional state-sponsored roundtable session in Seaford.

The invitation-only discussion, sponsored by the State Senate’s majority Democrats, was one of a series of regional conferences organized, in part, to deal with growing public frustrations over disparities between rich and poor districts, both in tax burdens and what they can afford to spend on students.

The discussion focused on so-called “foundation” aid, the name given a formula used to distribute more than $18 billion this school year to some 700 districts across New York State, including 124 districts in Nassau and Suffolk counties.

Rich Loeschner, superintendent of Brentwood schools, told the seven senators in attendance that his 20,000-student district had to settle for eight daily class periods at its high school, rather than the usual nine, due to low funding. Loeschner added that much of the problem stemmed from the fact the state’s aid-distribution system has been tweaked in such a way that poorer districts such as Brentwood do not receive as much money as they would under an approach better focused on needs.

“This funding formula has been broken for a long, long time” said Kevin Coyne, president of Brentwood’s 1,500-member teacher union.

Bob Vecchio, school board president of the William Floyd system in southern Brookhaven Town, said his district was forced to jettison elementary music programs some years back due to lack of money, and that the share of costs borne by local taxpayers continued to climb.

William Floyd's taxable wealth is barely half the state's average in terms of real estate and family income, according to the state's latest data. Vecchio said the current aid formula is not helping his 8,900-student district keep pace with other systems.

"I can't compete on a long-term level for staff and resources," he added.

Some lawmakers in attendance said they are looking at possible changes in the aid formula, including the way the state counts impoverished students, in order to make the distribution of money more fair. Several cautioned, however, that changes would have to come gradually, due to a tight state budget and the fact that any aid added to one district’s coffers might have to be taken away from school systems elsewhere.

“Right now, a decision we make will affect the district down the road,” Sen. Todd Kaminsky (D-Long Beach) said.

Democrats, who now control both houses of the Legislature, took a limited step this past spring to see that some poorer districts received more aid through complex changes in the formula. Democrats call this fair; Republicans call it favoritism.

"The Senate Democrats are seeking very clearly to create winners and losers when it comes to funding educational needs," said John Flanagan (R-East Northport), the Senate's minority leader, in a prepared statement Wednesday.

Foundation aid was launched in 2007 on a premise that seemed straightforward and progressive at the time. The formula is New York’s most powerful driver of financial assistance to public education, providing districts with more than two-thirds of overall state assistance totaling nearly $27.5 billion.

The state, according to this premise, was to determine how much spending per-pupil would be needed to run successful schools — that is, schools where students scored at the proficient level on state exams. Then, the state would provide extra funding to help struggling schools meet that mark, with much of the money targeted to students who were impoverished or spoke limited English.

The plan was developed largely in response to a landmark ruling by the state’s highest court, which found in 2005 that the state was not doing enough to ensure that schoolchildren in New York City were receiving the “sound basic education” required by the state constitution. The idea was to provide NYC schools with an additional $2 billion in phased-in assistance, with lesser amounts going to other troubled systems as well.

The push for extra assistance quickly stalled, however, in the face of the 2008 stock market crash and the ensuing recession. In addition, Albany politics assured that the money would not be distributed strictly according to financial need.

Legal floors were quickly written into the formula language to provide districts with at least as much state money as they had received in past years. Legal ceilings were installed to prevent any drastic shifts in funding from the richest school districts to the poorest.