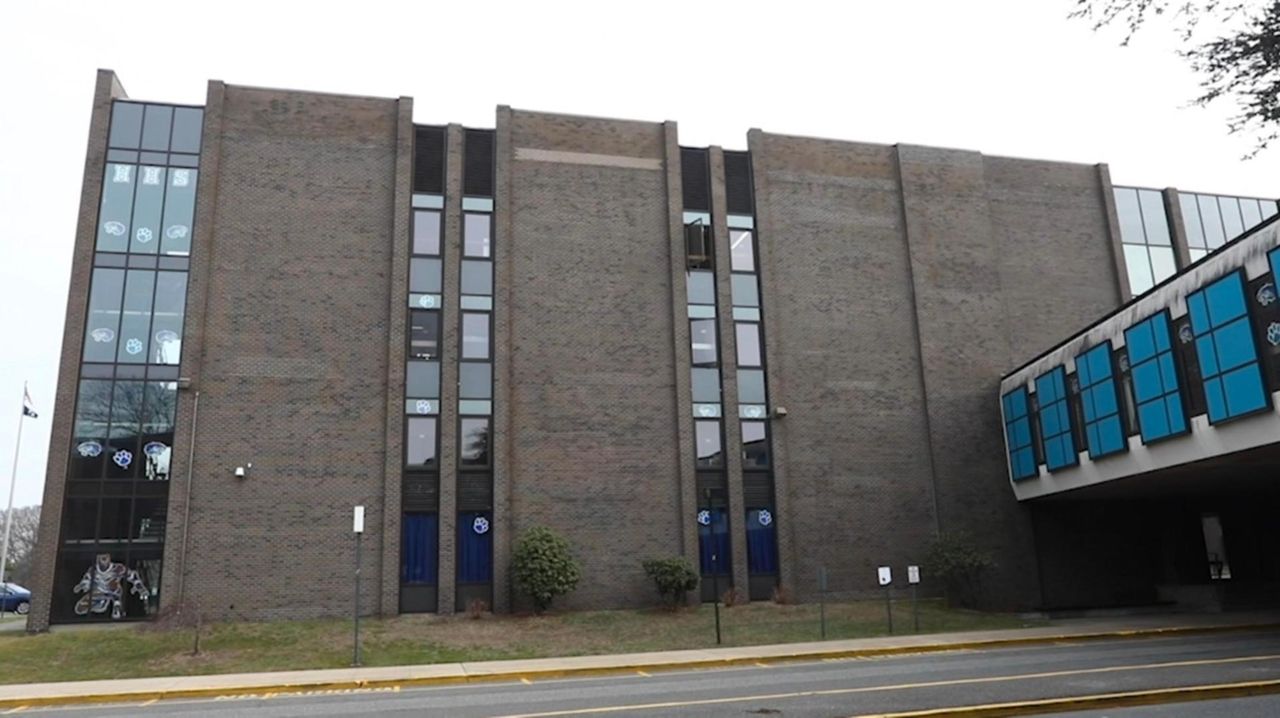 Hempstead High School was New York State's most improved school in terms of graduation rates for 2020, according to results released Thursday by the State Education Department. Credit: Newsday / Chris Ware

Statewide, the proportion of seniors earning diplomas showed modest improvement as well. State authorities attributed this, in part, to the fact that many students in June were exempted from taking Regents exams due to disruptions of school schedules caused by the COVID-19 pandemic.

In the Nassau-Suffolk region, the latest graduation rate rose to 91.5%, up from about 90% in 2019. Rates include both seniors who graduated in June and a smaller number who finished in August.

One district showing dramatic gains was Hempstead. There, the state reported a 2020 rate of 78.3% — results that, according to local educators, were up 34 points since 2017.

Search graduation rates in your district

"Please join us in celebrating Hempstead High School and the students, staff and community who rallied together to make this success possible," said the school's principal, Stephen Strachan. "These have not been easy times during COVID-19, and our school has proved resilient, tenacious, and capable of succeeding in spite of them."

Hempstead officials said student learning was boosted by "block" scheduling, which created longer class periods, as well as by intensified summer and school-year instruction in English and math that helped ninth-graders prep for high school. The district has struggled to improve academic performance in recent years and has been assigned a state monitor to help spur success.

Statewide, the proportion of eligible students earning diplomas rose to 84.8% in 2020 — up 1.4 percentage points from 2019, the state announced. Longer-range improvements are difficult to track, because the state Education Department changed its accounting system last year to include August graduates as well as those completing studies on time in June.

While one-year gains for 2020 were relatively small, state authorities described those results as part of a steady progression over the past eight years. That longer-term increase totaled 8 percentage points, they said.

State authorities cited several contributing factors, including "tireless" efforts by school communities to provide online instruction for thousands of students after schools closed in March due to the pandemic. Also cited were regulatory changes, including a state decision to cancel Regents exams in June and exempt students from passing certain exams, so long as they passed their courses.

"During the pandemic, we all have been forced to adjust how we go about our daily lives," said Lester W. Young Jr., the newly named chancellor of the state Board of Regents, which sets much of the state's education policy. "We thank school communities for their tireless efforts to ensure continuity of learning for all students during this unprecedented time."

Eyeing a decision on exams

During an online news conference Thursday, interim Education Commissioner Betty Rosa said the state was probably "fairly close" to a decision on whether to exempt seniors for a second year from passing certain Regents exams in order to graduate.

Ronald Masera, president of the Suffolk County School Superintendents Association, said he would like the state to administer such exams, so districts can gauge the impact of their instruction. At the same time, the Center Moriches schools chief said students should be exempted from passing exams, so long as they successfully complete coursework.

Masera, to underline his point, noted that high schools vary widely in the number of days they can admit students for face-to-face instruction, due to space restrictions imposed by the coronavirus.

The state's addition of August graduation numbers to its annual reporting system has drawn some criticism from analysts, who say it makes tracking progress more difficult.

"Every time there's a change in the standards, year-to-year comparisons become less reliable — that's just a fact," said Brian Backstrom, director of education policy studies for the Rockefeller Institute of Government in Albany.

Backstrom added that the insertion of August results would have been more useful if it had been accompanied by other data — for example, figures showing success rates in college for June graduates vs. August graduates.

As for Hempstead's graduation figures, a Hofstra University professor has raised questions about student enrollment figures used by the state in calculating rates.

Alan Singer, an education professor, said his analysis found the number of seniors enrolled at Hempstead High School had declined in recent years, suggesting that a rise in graduation rates did not necessarily signify a corresponding rise in numbers of graduates. Hempstead a few years ago also reportedly removed a substantial number of students from its rolls, after finding they were no longer in attendance, the professor noted.

"This is definitely something the state needs to look into," Singer said.