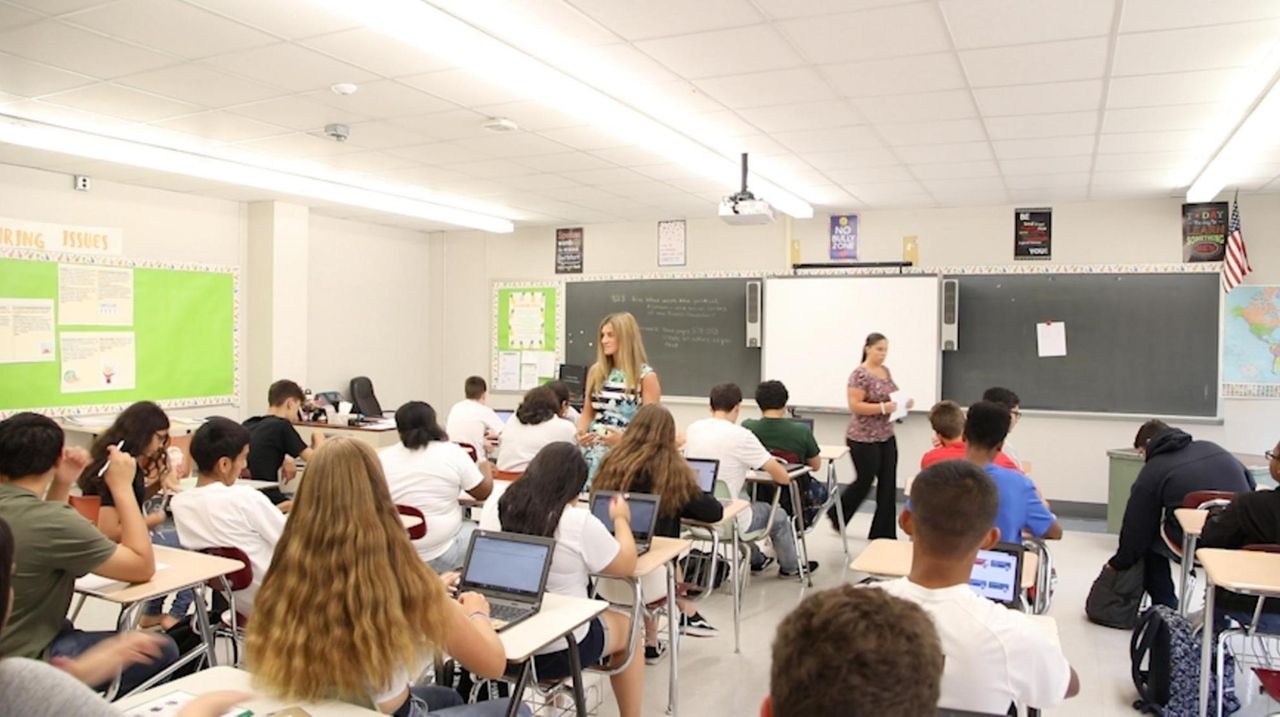 The Long Island Council for the Social Studies said Regents exams in social studies "are essential for the survival of a democratic society." Credit: Barry Sloan

A vocal organization representing Long Island's history teachers and their supervisors has expressed "alarm" over a state plan to reconsider its use of Regents examinations, describing the move as "a step backward" in terms of setting academic standards.

The Long Island Council for the Social Studies, in a statement issued by its executive board, contends state education authorities have been discussing the elimination of Regents exams — an assertion state officials dispute. The council added that Regents exams in social studies, in particular, "are essential for the survival of a democratic society."

The council's declaration represents the strongest opposition registered by a regional group since the state's Board of Regents in July rolled out plans to revamp high school graduation standards and exams. The council's membership of 850 is made up mostly of social studies teachers and department chairs.

"Since their introduction in 1866, New York State's Regents exams have served as a nationally recognized standard for quality education," the council stated. It added that continuation of the tests was critical to maintain the "excellence in education that has made New York schools, teachers and education the best in the country."

The 17-member Regents board has insisted it is keeping its options open, that there is no intention of lowering standards, and that any decision on changing the role of the high school exams will not be made until 2021. Meanwhile, state officials are scheduling a series of regional meetings on the Island and across the state to discuss diploma-related issues.

One seminar has been scheduled for Oct. 29 on the Brookville campus of LIU Post. The meeting, organized by Nassau BOCES, is the first of a planned three-part series titled "Reimagining Readiness: Preparing Students for Life After Graduation."

Roger Tilles of Manhasset, who represents Long Island on the Regents board and helped set up the meeting, said there are no preconceptions of how diploma requirements would be changed.

"No one has said that we're getting rid of any content tests," Tilles said, "but what we do want to do is have more relevant criteria for moving from high school to college, careers or the military."

"What is clear now is that passing five Regents exams is not the be-all and end-all for the future of any student," Tilles said.

Regents exams are written at a college-prep level. Before 1996, students not enrolled in classes taught at a Regents level took easier state competency tests in order to qualify for diplomas endorsed by their local high schools, rather than by the state.

Competency tests were phased out in 2015. As a result, high schools gradually dropped the practice of enrolling some students in Regents classes and the remainder in easier programs — a practice known as tracking that was tantamount to academic segregation.

The switch to more Regents-level classes, while it reduced tracking, created problems of its own.

For one thing, passing scores on Regents exams have been lowered to prevent large-scale failures. On a June exam in Global History, students who scored proficiently on essay questions needed to earn only 17 points out of a possible 35 on multiple-choice questions in order to pass.

In addition, some analysts have pointed out that New York requires more high school exit exams than most other states, and have cited this as one reason why New York's graduation rates are relatively low. New York's latest rate of 82% lagged behind rates in 37 other states, according to the latest federal data for the 2016-17 school year.

The chancellor of the Regents board, Betty Rosa of the Bronx, outlined the rationale for rethinking Regents exams in a column written for the New York State School Boards Association.

"Simply put, the system is not working for everyone, and too many students — particularly our most vulnerable students — are leaving high school without a diploma," Rosa stated.

On the Island, some local school officials have suggested that students struggling to pass Regents exams might be allowed alternatives — for example, writing research papers or completing other projects.

Defenders of Regents exams respond that the three-hour tests set a uniform statewide standard that cannot be duplicated by individual projects, and that the exams also represent a proud and long-standing tradition.

"New York has always led in the standards, and we don't want to stop now," said Gabrielle Meier, a social studies teacher at Walt Whitman High School, which is part of the South Huntington system.

Any talk of scaling down Regents exams is a sore subject for social studies professionals, who worry that their tests in U.S. and global history could be the ones eliminated. Federal law requires high school testing in English, math and science; there is no mandate for history.

New York State already waives a requirement for passing one social studies exam, for students who complete a sequence of courses and tests in another area such as occupational training.

"Whenever they start to eliminate exams, they eliminate history," said Gloria Sesso, co-president of the Long Island Council and an administrator in the Patchogue-Medford district.

Jay Corcoran, who sits on the council's executive board, said that any such elimination could deprive students of essential knowledge regarding their country and the wider world.

"Neither world history nor American history should be sacrificed for the sake of expediency," said Corcoran, who serves as social studies chairman at Whitman High.