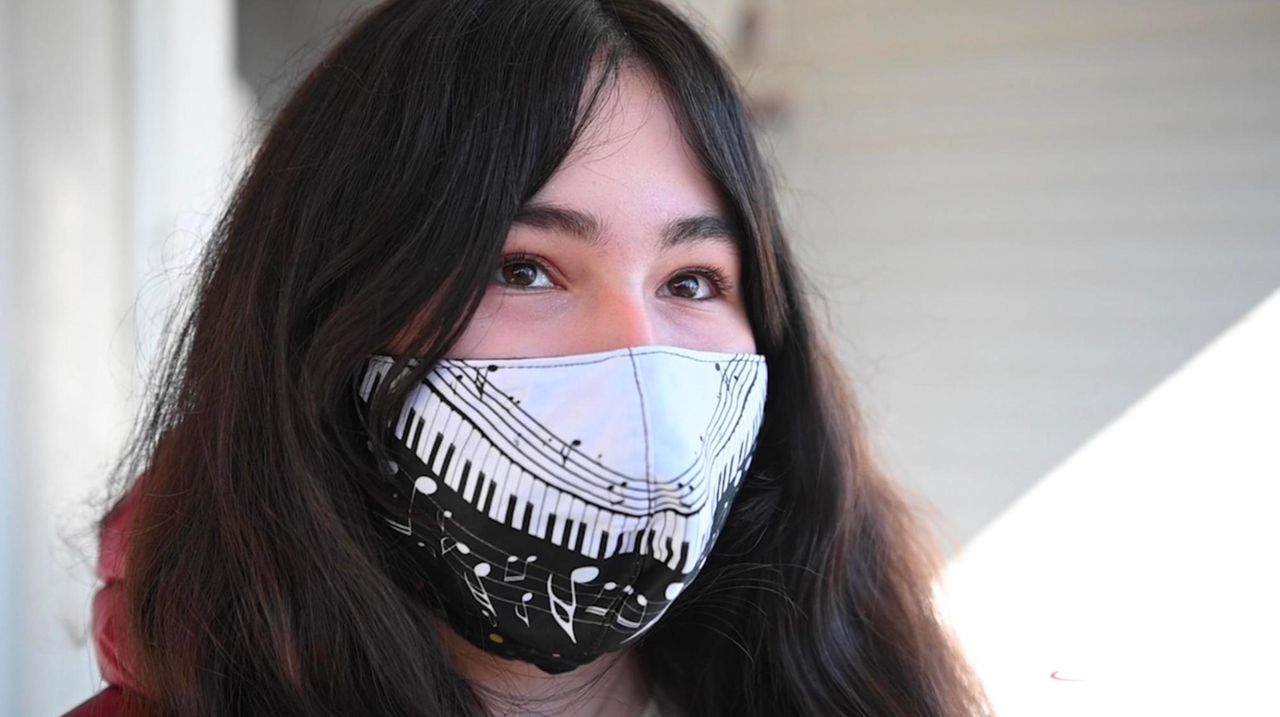 Back in middle school, Harrison Velentzas enjoyed doing volunteer work with the National Junior Honor Society and directing the stage crew for school plays. But six months into his first year at Glen Cove High School, the 14-year-old said he hasn't joined any clubs and hasn't bonded with most of his teachers.

Velentzas started the school year attending only a few days a week under the hybrid plan and switched to full remote in November. He said some of his grades have suffered because it's harder to learn through a computer screen.

"For the most part, I don't know my teachers very well," said Velentzas, of Glen Cove. "I wanted to get involved with the TV Club, but I wouldn't enjoy it. It's hard online to have the full experience."

For the majority of Long Island students, their freshman year in high school is a rite of passage that sends them into a new building with new teachers and a wider world of more mature experiences. But the COVID-19 pandemic has rewritten the script on this critical year, making it a troublesome transition for many, students and educators said.

"The two big things that they are missing are the collaboration among students and the direct academic, emotional support" from teachers, said Alan Singer, a Hofstra University professor of secondary education. "It's hurting their education."

Entering high school, young people shift from middle school, where they are very much directed by teachers, to a more independent environment, where more is expected of them and teachers tend to offer general guidance, Singer said. But this time, they had to go through that transition during a pandemic filled with fear and precautionary rules, he said.

Under the COVID-19 precautions, these students found themselves passing through temperature checks, walking at a safe distance by masked classmates, and sitting 6 feet apart behind plastic barriers.

Students do fewer projects together, and they can't hang out together in lunch rooms where tables have been replaced by separated desks. And while learning remotely, many don't even turn on their computer camera so the teacher can see them.

"Kids need adults other than their parents. The teacher-student relationship is a very important one," Singer said. "When they feel alienated, they are not going to perform as well."

According to researchers at the University of Chicago’s Consortium on School Research, students who fail more than one semester of a course during their freshman year very likely dropped out.

"He's not getting as motivated as he would," she said.

Kimberly Velentzas said she's trying to find some silver lining in all this. Harrison has a strong interest in world history, and he has a social studies teacher whom he's close with, having known him from when the teacher taught at the middle school. Next school year, Harrison plans to take an AP history class.

Also, she's hoping that this difficult school year is teaching her son to take more responsibility upon himself, to be more proactive about the direction of his life.

The challenges of ninth grade can be especially difficult for low-income students or those still learning English, said Dafny Irizarry, president of the Long Island Latino Teachers Association. They may not have a computer or internet access to accomplish remote learning. Also, students new to the country may not have parents who can help them navigate the school system. The combination can be a recipe for academic disaster, she said.

"They can lose their motivation. I've seen that," Irizarry said.

As time has passed, some freshmen said they're feeling — little by little — more comfortable about high school. Ariana Glaser, a freshman at Smithtown High School East, said working so much from home at the start of the school year made it seem like she was still in middle school. When she came into the building in September, it seemed big and overwhelming, she said.

She couldn't huddle with friends for lunch, as they had to sit apart. Everyone kept their distance due to COVID-19 rules. Worse, her favorite extracurricular activity, participating in theater, had been shelved.

"I just felt like we didn't get any of the fun parts," said Glaser, who has spent most of this school year on a hybrid schedule. She recently went to full remote, as her family is concerned about the virus coming into their home.

This semester, though, the school is putting on a virtual performance of "Shrek-The Musical," and she's in the cast.

"I feel like school is not so new," she said. "I would love to be full in-person at school, but I want it to be safe."

Students making the jump from middle to high school look for consistency, a sense that school will be a safe place where they know what to expect, said Singer, the Hofstra professor.

Jonathan Hart, principal of Rocky Point High School, said he knew in September that providing that stability was going to be difficult. Ninth graders were coming off a spring semester that ended with them at home learning remotely. Moreover, they were not going to experience many of the touchstones that make them feel part of the school community, such as homecoming, pep rallies and sports. Beyond that, there was a sense that the virus might spread so fast in schools that they would quickly shut down, he said.

Hart said he made sure to hold safe in-person orientations for the incoming freshmen, offering them tours around the building so students would know the location of the gym, library and cafeteria. They met staff and counselors and were shown how to contact teachers and counselors by email.

Counselors made sure to be more visible, letting students know they could meet with them virtually or in person, he said. They offered virtual rooms where students could learn yoga, practice mindfulness or even watch scenes from the Monterey Bay Aquarium.

"We're seeing a lot of anxiety, especially those in their first year of high school," Mangogna said.

Expanding in-person learning to four days a week after Thanksgiving helped a lot, she said. So did bringing in intramural sports. When counseling a student, Mangogna said, she made sure the student knew they were not alone in their virus worries, that everyone was feeling stressed.

"It makes them feel that they're not alone," she said. "Just talking about it helped. 'It's going to be OK. We're going to get through this together.' "

Teachers said they felt the need to be more alert to the warning signs and more flexible with the deadlines on projects and homework assignments.

"They're literally mentally exhausted — all the pandemic and the political unrest," said Cordelia Anthony, a Farmingdale High School science teacher, about the students. "We all wish we had more school counselors seeing more students."

Still, students said school is a lot better now than when the buildings shut their doors last spring. And they see hopeful signs ahead with the coming of more in-person days, school sports and other activities.

Caroline Faber, a freshman at Roslyn High School, said she's feeling better about school these days. She's been able to participate in the Autism Awareness Club, albeit virtually. Making new friends hasn't been easy, but she still has a lot of friends from middle school, she said.

She's also looking forward to the return of tennis at the school.

"I start on Monday," she said. "I hope I get to join more clubs and be back to normal."