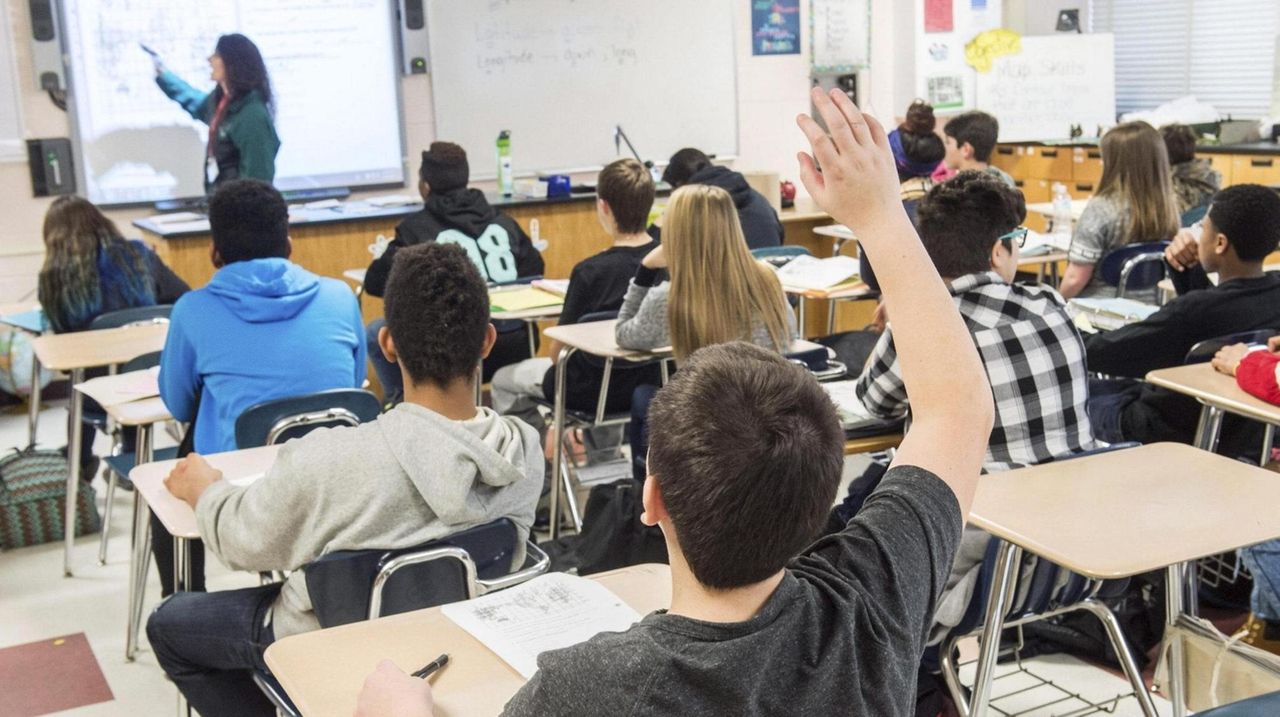 Long Island educators again dominated a list of the highest-paid school employees in the state outside of New York City, including a former Central Islip teacher who took home more than $500,000 last year.

Some 61,500 members of the New York State Teachers’ Retirement System were paid $100,000 or more during the 2019-20 school year, according to data collected by the Empire Center for Public Policy, a fiscally conservative think tank in Albany. More than half of them worked for schools or community colleges on Long Island, the data shows.

"They are in general the highest-paid teachers in the United States, which essentially means the world," Empire Center senior fellow E.J. McMahon said of Long Island teachers. "It’s the principal reason that taxes on Long Island are so high."

The data shows 68 of the top 100 earners last school year worked for Long Island districts, including seven of the top 10.

Asked to comment on teachers’ pay levels on Long Island, Matt Hamilton, a spokesman for New York State United Teachers, said the state’s educators "are dedicated to ensuring that our children receive a high-quality public education."

The union "is proud to support hundreds of thousands of educators who deserve fair pay and benefits that reflect their hard work and high levels of expertise and education," he added.

The Empire Center acquired the data through a Freedom of Information Law request to the Retirement System, which serves as a pension fund for teachers, administrators and other employees of public schools in the state outside of New York City. Teachers in public colleges and some charter schools in the state also may be members.

The data does not include New York City public school employees, who pay into a separate pension fund.

The highest-paid educator in the state outside New York City last year was Kevin Donovan of the Central Islip district, who was paid $509,313, according to the data. Donovan’s business website states he is a retired science and physical education teacher with more than 30 years of service in the Retirement System. He did not respond to requests for comment.

Donovan’s high pay, and the pay of others near the top of the list, may be explained by public employee contracts that offer hefty severance payouts to retiring workers for things like unused sick and vacation time — a common feature of such contracts on Long Island.

The Central Islip district featured prominently in the list of highest-paid educators, as it has previously. Of the 100 top earners in the state last year, nine hailed from that district.

McMahon attributed the high pay of Long Island educators to the strength of teachers’ unions and to state legislation that requires public employers to continue annual pay increases to union workers even if their contracts have expired.

That included Marnie Hazelton, the former superintendent of the Roosevelt school district, who received $411,506 for 2019-20, although she was on paid leave for all of it.

Hazelton, now the superintendent of public schools in Linden, New Jersey, said she did not know why the Roosevelt school board placed her on leave. As for her compensation, she said her salary was $225,000, and most of the rest was payouts for unused sick and vacation time she had accumulated since joining the district as a fifth-grade teacher in 2005.

"We have a lot of high-performing districts on Long Island," she said. "To attract the best and the brightest from the candidate pool, your compensation package has to be competitive."

Here are the top 10 earners in the New York State Teachers’ Retirement System during the 2019-20 school year: