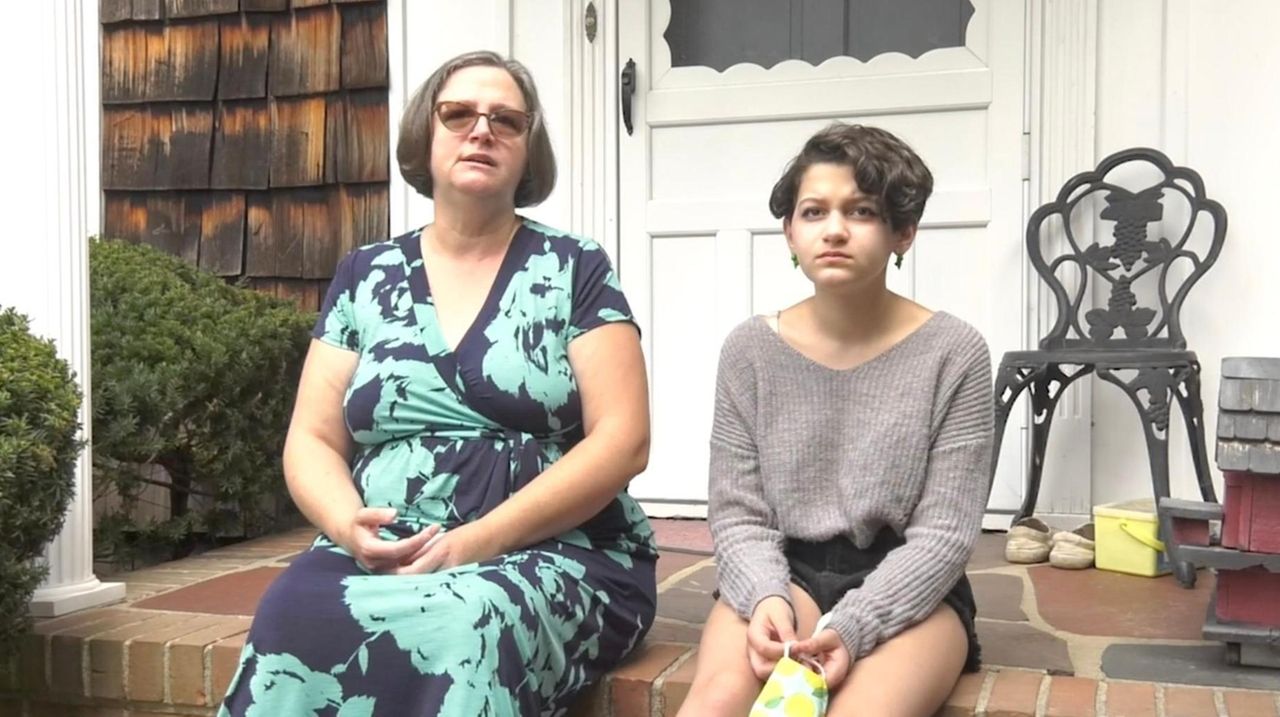 The Three Village Central School District reopening proposal was ambitious: in-person instruction for students every day, with masks "strongly encouraged," though not required, when kids could not stay safely apart.

Then parents saw the plan.

"I think it’s horrendous," said Stefanie Werner, one of many mothers and fathers incensed that the district initially did not offer remote or hybrid learning options, or mandate face coverings, in light of the coronavirus pandemic. "They just don’t seem to be taking things seriously in terms of how easily the virus could spread."

After an outcry, administrators of the roughly 5,900-student Suffolk County district are walking back those plans, introducing a remote learning option and making masks mandatory.

The district's about-face highlights the difficulties educators face nationwide figuring out how to bring children back to classrooms, keep students and staff safe, and satisfy parents as the pandemic claims more than 1,000 lives in the country every day. In the Three Village district, which serves largely affluent North Shore communities such as Setauket and Stony Brook, parents say the controversy has exposed deeper divides over how serious a threat the virus really is.

“I wish that it was not such a politicized thing,” said Anne Chimelis of East Setauket, who was uncomfortable with sending her 13-year-old daughter back to school. “But clearly our little community of Three Village here is a good microcosm of the greater situation going on in the country right now.”

Neither Superintendent Cheryl Pedisich nor school board president Inger Germano responded to interview requests. Jessica Novins, a spokeswoman for the district, wrote in an email Thursday: “Three Village is offering a full remote option for families in addition to in-person education.”

The backlash to the original proposal was swift.

“I’m relieved that I’m far from the only one who’s not ready to take the risk of in-person schooling,” she wrote in an email. “My child’s health is much more important to me than her Regents scores.”

She added: "I believe in this district and I trust they will listen to parent feedback and fix this plan so that everyone can feel comfortable."

Further fueling concerns was a photo showing the school board gathered indoors in July without masks. Perhaps, some parents thought, the district wasn’t taking the virus seriously enough.

“When you see that, you kind of have to wonder,” Chimelis said.

Her daughter, too, was skeptical of the plan.

“I don’t trust my peers to follow the rules, just knowing who I go to school with,” said Jaden Chimelis, who is entering ninth grade.

Parents say they flooded the district with calls and letters. Administrators seem to have gotten the message.

“After careful evaluation,” Pedisich said at a school board meeting Wednesday night, “the district is going to take a more conservative approach and is going to require that students wear masks even when physical distancing can be achieved.”

She added: “At this point, we believe that is the safest way to start our new year."

The state Health Department did not respond to questions about the Three Village reopening plan. J.P. O’Hare, a spokesman for the Education Department, did not answer a question about whether the state asked the district to modify its plan.

The Shoreham-Wading River Central School District also called for a full return to in-person instruction. The district's parent-teacher association council did not respond to an inquiry about community reactions to the plan.

The controversy in the Three Village district has mothers and fathers airing their differences, at times undiplomatically, on Facebook.

Some remote-learning supporters say their opponents have taken cues from President Donald Trump in downplaying the seriousness of the virus and the importance of protective measures such as masks.

But not everyone who wants in-person instruction fits that depiction.

Kathleen Maggio-Straub became the sole wage earner in her family when her husband died of cancer in October. She would like her two daughters to return to school so she can go back to work.

“There’s a lot more stay-at-home parents that are able to provide home instruction themselves, or at least help with the remote learning,” she said. “I’m a teacher, so I don’t have the financial security.”

Elizabeth Cabrera of East Setauket is happy her two sons can return to school full time, as she was dissatisfied with the remote instruction they received in the spring, after Gov. Andrew M. Cuomo shut down schools statewide. She noted she holds a doctorate in pharmacology.

Amalia Makroglou of East Setauket was similarly critical of remote learning. While she said she supports Trump and is skeptical of COVID-19’s threat, she disputed the notion that those who liked the district’s original plan politicized the issue.

“They’re the ones making it a political issue, not everyone else,” she said of remote-learning supporters.

The district is surveying parents again about their preferences for this fall. It held another virtual information forum for parents Friday and will host a third Tuesday.

Even with the recent reopening plan's changes, however, parents' feelings remain mixed.

“It’s unnecessary,” Makroglou said of the new remote option. But “if that’s how they want to raise their children, be my guest, it’s their children that will lose, not mine.”

On the other side, Chimelis said Wednesday's board meeting did not help.

“It didn’t make me feel better,” she said. “It kind of put me back into feeling like they’re really still figuring things out as they go.”

Sharon Nachman, chief of pediatric infectious diseases at Stony Brook Children's Hospital, said she believes it is safe to bring students back for in-person instruction, as long as they maintain social distancing and wear masks.

As for the concerns about the Three Village reopening plans, she suggested more dialogue between all involved.

“We can’t let fear stop us,” she said. “We have to say: What are we afraid of, let’s get those questions out there, and let’s talk about them.”

50:48
Panel: Want your kids back in school? Get a COVID-19 shot
Bill would protect Sandy victims from 'clawbacks'
1:26
Seals named for Joan Jett, Billy Joel in ocean Friday
NY reports virus positivity drop but state worse than others
1:36
Health care pros of color mentor high school students
1:01
Habitat for Humanity rebuilds home for social worker
Didn’t find what you were looking for?