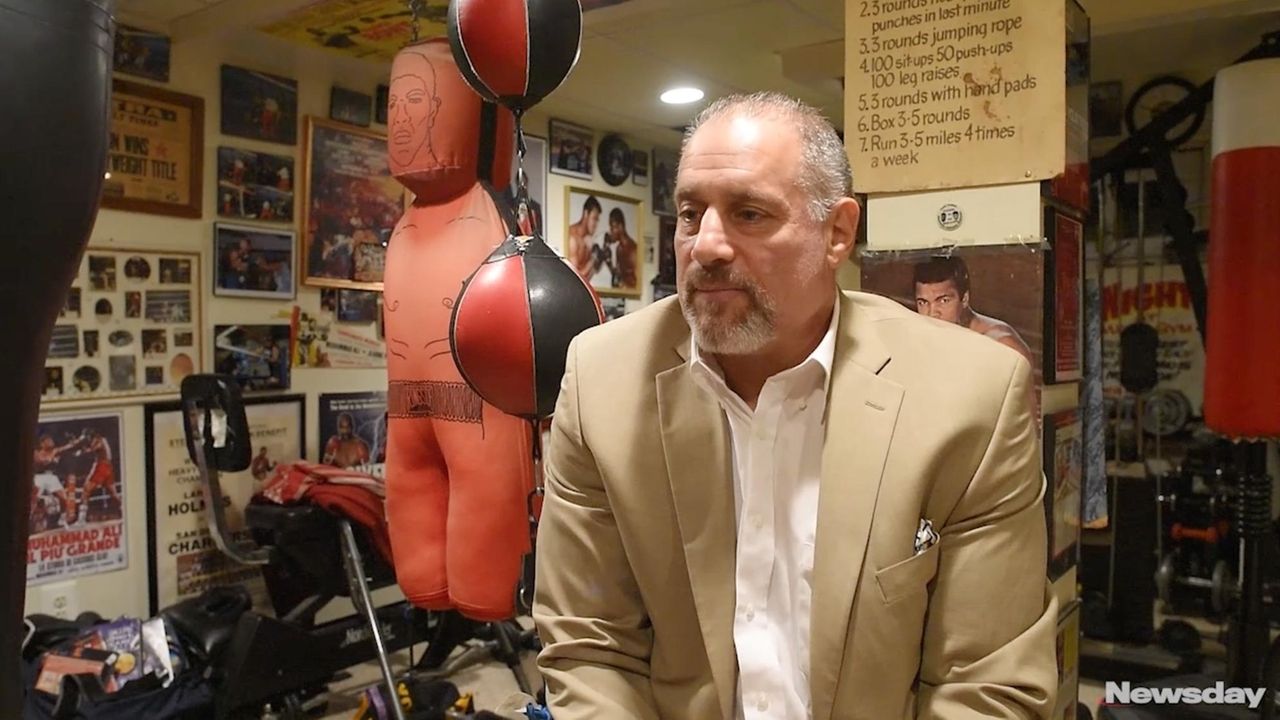 On Friday, Nov. 17, 2017, Steven Solomon, a Uniondale teacher, discussed a Facebook post he made in which he wrote he had failed two students who had refused to stand for Pledge of Allegiance. Credit: Johnny Milano

A Uniondale High School health teacher has been pulled from the classroom because of a recent Facebook post in which he says he failed two students more than a decade ago — in part because they refused to stand for the Pledge of Allegiance.

After the post triggered a backlash, Steven Solomon, 58, publicly defended his actions, saying Friday that the lesson in patriotism he tried to teach years ago is being misunderstood today.

“These kids failed themselves,” said Solomon, of North Merrick, who has taught in the district for 30 years.

Solomon said the students’ refusal to stand in his classroom for the pledge only contributed to his decision to fail them. They also were mediocre students who had behavior issues, he said.

“They had a 63 or 62 . . . less than passing,” Solomon said. “They did not stand for the pledge. That was part of the component, and it’s the teacher’s discretion at that point whether they want to pass them or not,” he said in an interview. “But if a kid doesn’t stand for the pledge, who said he doesn’t care if these military people live or die, who doesn’t respect his peers and is a discipline problem in the classroom — why should I reward this kid?”

Solomon’s October Facebook post recounting his decision and referring to the students as “suckers” and “unpatriotic” prompted members of the public to object and the Uniondale district to take disciplinary action.

“The school district is aware of a teacher posting on social media about a situation involving grades and standing for the Pledge of Allegiance that occurred more than a decade ago,” Superintendent William Lloyd said in a statement issued Wednesday, a day after several people complained about the post to the school board.

“The District has taken the proactive measure of assigning this faculty member to out-of-classroom duties until further investigation into the matter can be completed. The District will make available any information that is uncovered that can legally and responsibly be released to the public,” Lloyd said.

Solomon said he was suspended indefinitely with pay on Nov. 8, and also suspended from his duties as a union representative.

The Uniondale Teachers Association did not return calls seeking comment.

District officials declined to discuss the matter at the school board meeting, where at least four people said they were disappointed at what they viewed as Solomon’s harsh treatment of the students. Some called for an apology, while others said he should be terminated.

Board members and Lloyd said only that the teacher, whom they would not identify, had been disciplined and that his sanction was a personnel matter not to be discussed at a public forum.

Solomon now says he understands that students have the right not to stand for the Pledge of Allegiance.

Even though his Facebook post states that he “required” the students he failed to stand, he had a different take on what happened on Friday.

“I didn’t make them stand. They didn’t stand. They sat,” he said. “I encouraged them to stand and I said your standing is just a respect for the country, the flag and for the military people that risked their lives to fight to protect your freedom.”

The teacher’s decision to fail the students came long before the pledge and national anthem became a national conversation after NFL players started taking a knee at the opening of games as a silent protest of racism and injustice in the country.

Outside the classroom, Solomon has worked with at-risk and special-needs youth, starting a popular boxing club and hosting exhibition bouts. In a 2015 interview with Newsday, he said the sport builds confidence, discipline and respect.