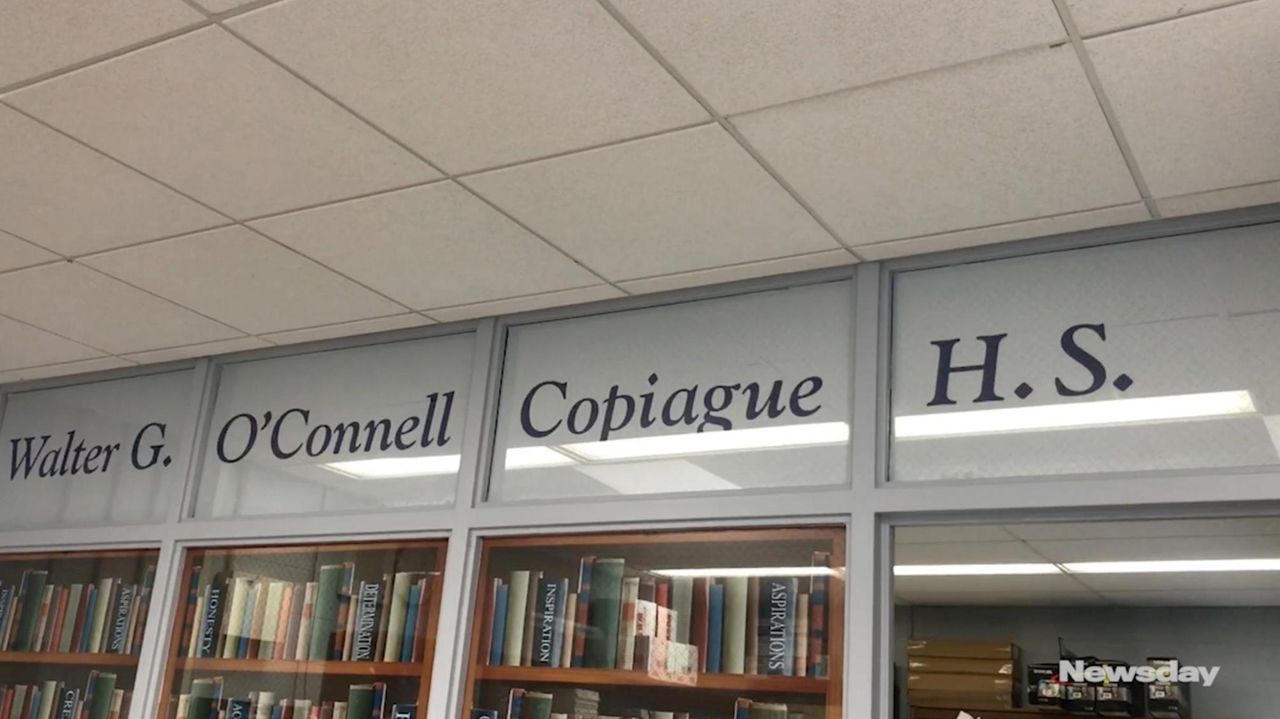 The family of Walter G. O’Connell is honoring his legacy in a literary tribute that's been signed, sealed and delivered to the library of the Copiague high school that bears his name.

Over 16 years, the sons of O’Connell — the high school's first principal when it was established in 1957 — have donated more than 1,200 books, signed by 1,177 authors, to the library at Walter G. O'Connell Copiague High School. The trove includes books by presidents and first ladies, as well as authors such as Harper Lee, Maya Angelou, Caroline Kennedy and Rep. Peter King (R-Seaford).

O’Connell, who worked in the district for nearly three decades, died in April 2007 at age 89. His sons' efforts started before that, when their dad could know about it and appreciate it.

“It was quite an honor to have the school named for him and he did a lot of work establishing the school in the 1950s,” said his son, Walter M. O’Connell, 72, of Nesconset, a graduate of the school and one of O'Connell's five surviving sons. “The family was very grateful for the honor and he got to see it before he died.”

The project began in 2002 with books authored by distinguished Americans and now includes those by every president from Gerald Ford on, with the exception of Ronald Reagan. It expanded to other genres over the years.

Walter M. O’Connell purchases the books and tracks down the authors, sending a letter explaining the donation and asking for their signature, then makes donations periodically during each school year. In December, he and his brother Christopher met up at the high school library for the latest donation of 53 autographed books.

"We all hold Walter G. O'Connell in very high regard. He was very much of a figure in the district and the community," said Superintendent Kathleen Bannon, who has worked in the district for two decades and has been the top administrator for four years. The collection "makes him live on," she said.

Every January, selected books are displayed in the high school's main lobby in recognition of Walter G. O’Connell’s Jan. 7 birthday. This month, the display case features a portrait of O'Connell surrounded by books, including those signed by Michelle Obama, the late Gen. H. Norman Schwarzkopf and New York Mets outfielder and coach Mookie Wilson, whose inscription reads "In Memory of  Great Man … May God continue to Bless the school and his family."

"It definitely keeps him in the limelight," Bannon said.

Walter G. O'Connell initially studied at Cathedral College in Manhattan to be a priest and later switched to law at Fordham University.

He joined the Marine Corps in 1942 and served as a military legal counselor until his discharge with the rank of captain in 1946. While in the service, he met his future wife of 63 years, Mary Murphy. They settled in Copiague and reared six sons. Their son Danny, a Marine, was killed in Vietnam in 1969 at age 19.

Starting in the early 1950s, he taught in the Copiague elementary and middle schools. He helped found Copiague High in 1957 and served as its principal until 1972. After stepping down from the post, he was an English teacher, guidance counselor and dean of students at the school until he retired in 1979.

When the donation effort began, Walter M. O'Connell said he had no idea it "would become what it was."

Sometimes it can take awhile for a book sent to an author for signing to be returned, he said, and sometimes he receives more than one copy back. The longest waiting period, more than nine years, was for a signed book from Caroline Kennedy. Angelou sent five copies and former New York City Mayor Ed Koch sent two. Some notables, including actors Tony Randall and Burt Reynolds and Yankees shortstop Hall of Famer Phil Rizzuto, also sent signed photographs.

"For the most part, people are very cooperative when you tell them this is for a school and it is for my dad who the school is named for," O'Connell said.