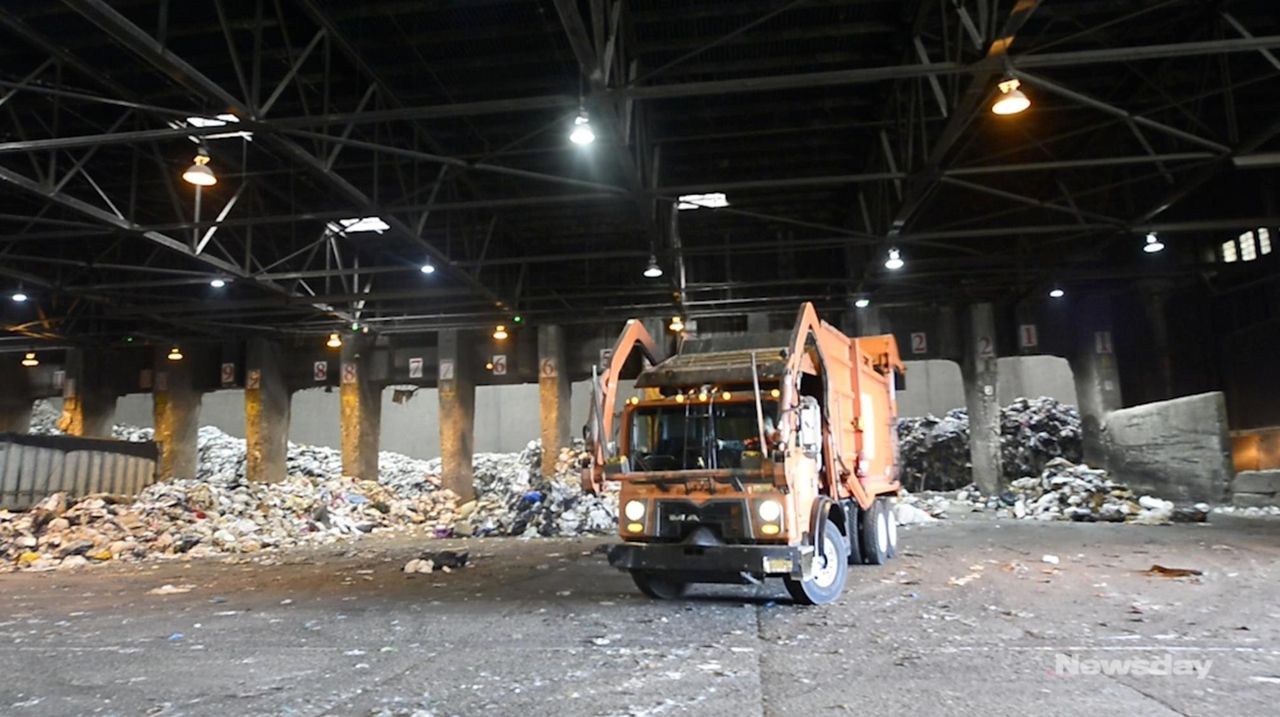 Long Island’s four waste-to-energy power plants face the prospect of millions of dollars in higher costs and potential shutdown if a new state policy to reduce carbon emissions is approved by regulators in the coming year, say officials at Covanta Energy, which owns three of the plants.

The four plants, which process 1.8 million tons of Long Island’s waste a year for use as fuel to produce a combined 125 megawatts of energy, are projecting $332 million in new fees over a decade if the new policy is implemented. Covanta says the four plants, in Hempstead, Babylon, Islip and Huntington, provide electricity for 100,000 Long Island homes, and process more than half the island’s trash. Islip Town owns a plant operated by Covanta near Long Island MacArthur Airport.

The proposed policy would add a new cost-per-ton for carbon emissions onto wholesale power prices, with lower-emission power sources retaining greater pricing credits in state power markets. The policy is intended to create an incentive for power generators to "minimize CO2 emissions through upgrades and efficiency improvements," according to the New York Independent System Operators, a not-for-profit corporation that manages the state's electric grid.

The NYISO, in a statement to Newsday, indicated that Covanta’s issue may be more with New York State energy regulators than the NYISO policy itself.

"Covanta is well aware that the carbon-pricing proposal is designed to work within the construct of the state's Clean Energy Standard,” Kevin Lanahan, the NYISO’s vice president of external affairs said in a written statement. He noted that under the standard, “the state made the decision that waste-to-energy resources, like those owned by Covanta, are not eligible for inclusion in the CES compensation structure. The NYISO's proposals, including carbon pricing, are designed to reflect current public policy."

But Covanta says the policy fails to recognize the broader impact of its operations, which it says offset large amounts of greenhouse gas emissions by diverting trash out of landfills, where it produces methane, one of the worst-offending greenhouse gases.

The combined $332 million in costs over 10 years Covanta expects to incur from the carbon pricing plan “will likely result in waste-to-energy facilities closing,” the company said in a recent policy paper.

The company has urged policy designers to “follow greenhouse gas science on this issue,” which Covanta says shows that each ton of municipal solid waste diverted to the Long Island plants leads to a “life cycle” reduction of greenhouse gas emissions by 0.73 tons of carbon dioxide.

Environmental advocates are mixed on whether the plants should be recognized for their methane-reducing benefits. Neal Lewis, executive director of Molloy College's Sustainability Institute, said that while he "likes the idea of where the NYISO is headed" with the new carbon pricing policy, he also believes Covanta's argument is a "valid question to raise," particularly  because trash burned in the plants isn't a fossil fuel and landfill methane can be avoided. "There is some science to debate the point," he said.

"I find it totally unconvincing that we need to protect waste-to-energy for carbon reasons when we're not doing enough" recycling or repurposing of waste. "It's a false dichotomy."

Covanta plants use a series of scrubbers, filters and chemical processes to remove large amounts of emissions from the plants, which draw large amounts of fresh water for cooling. The waste-to-energy facility in Hempstead, Covanta's largest on Long Island, draws 450 million gallons a year, all from Hempstead wells. The Babylon facility uses a total of 300 million gallons, most of it from leachate from the nearby landfill.

Covanta operates 44 waste-to-energy plants in North America and Europe,  processing a combined 22 million tons of waste and generating 10 million megawatt hours of power per year. On Long Island, its plants recycled nearly 60,000 tons of metal in 2016, the company said.

Huntington Town last year negotiated a new agreement with Covanta, and Babylon Town is expected to announce a new contract next month.

Covanta pays Hempstead Town a $7.7 million annual host fee for operating the facility. It also has a deal with Brookhaven that allows the town to bring trash to the facility in exchange for accepting incinerated fly ash from the plant that is disposed of at the Brookhaven landfill. Covanta’s 80-megawatt Hempstead plant is one of the most used plants on Long Island, with a 96.03 percent availability, Covanta said. It uses fuel-oil for a four-hour startup phase for the rare occasions it’s not running, but otherwise runs on trash.

It's unclear how soon the new state carbon pricing policy will be implemented. State Public Service Commission spokesman James Denn said the agency is "closely following" the process by the NYISO for the policy, which also must be approved by the Federal Energy Regulatory Commission.

"We have not made any decisions yet on how such a program would be designed to ensure potential outcomes will benefit and meet the energy needs of all New Yorkers," Denn said.