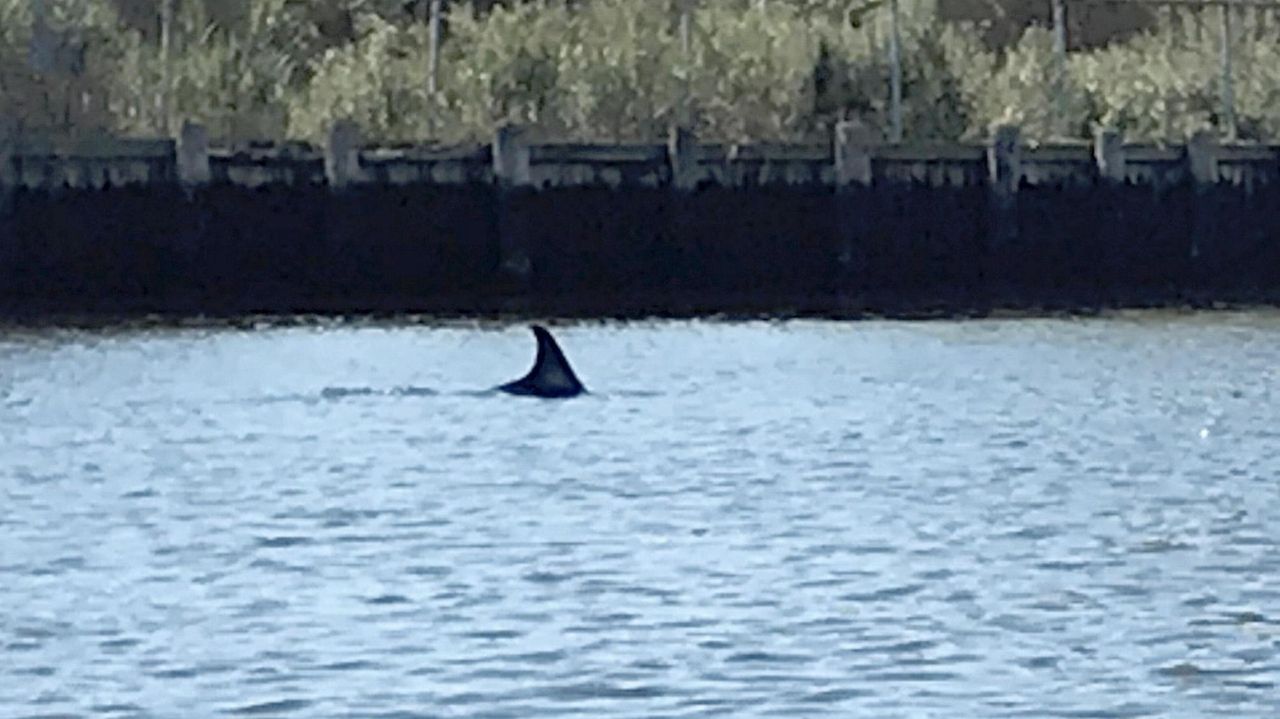 Likely following bunker fish, an adult common dolphin has swum up the East Rockaway Channel and into the Mill River, where officials hope a new and higher tide cycle will send it back out to sea.

“It was spending a lot of time underwater,” which suggests it was foraging, said Maxine Montello, director of rescues at the NY Marine Rescue Center, a Riverhead nonprofit.

Had the dolphin — whose length reveals it is an adult though its gender remains unknown — been surfacing frequently, that would suggest it was under stress, she said, citing observations her group made from kayaks and the banks of the river.

The center hopes the dolphin, protected under the Marine Mammal Protection Act that sets $1,000 fines for a first offense of harming, hunting or capturing these creatures, will not have to be herded back to the Atlantic.

Another inland finned invader — a young humpback whale that also probably following schools of fish — did swim back to the sea about three years ago, she recalled

Montello said any effort to send the dolphin back down the Mill River, which runs around four miles south from Hempstead Lake State Park to the channel, would be tricky because of the river’s curving route.

And no boats can access the Rockville Centre site, so rescuers would need kayaks and other equipment.

The dolphin’s location is not being revealed to keep people away; too many onlookers could prove stressful for it, which is why the 1972 Marine Mammal Protection Act requires a minimum distance of 100 yards, about the length of a football field.

A full moon arrives on Monday so the tides should soon be increasing.

No date for a possible rescue has been set. “We don’t have a time stamp; it’s hard to predict,” the director said, explaining her group is continuing its observations while working with the state Department of Environmental Conservation, the National Oceanic and Atmospheric Administration, the Town of Hempstead and bay constables.

“The animal did get there on its own,” Montello said.“It’s just very difficult to herd a single animal in a very windy, curvy area.”