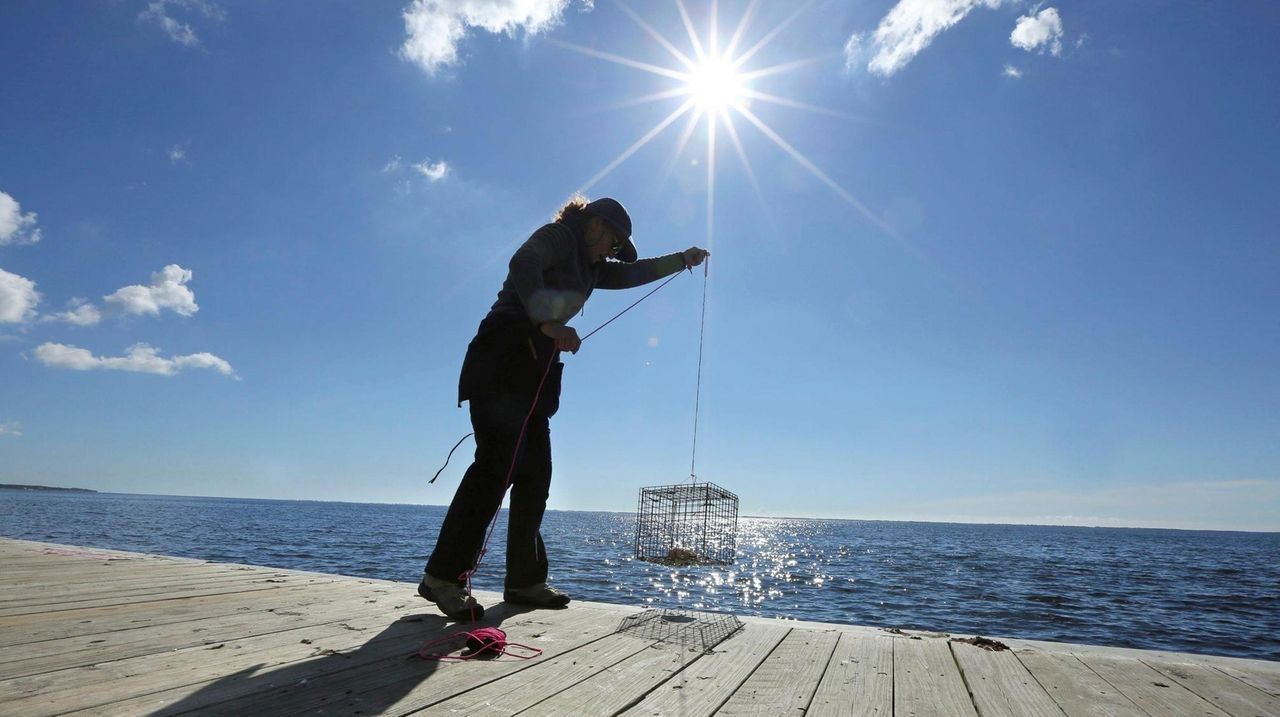 Too much rain and still way too much nitrogen were the twin causes of this summer’s overly abundant algae blooms and critically low-oxygen dead zones in Long Island’s fresh and saltwater bodies, an annual report said Thursday.

Yet until the late summer tropical storms of Henri and Ida, the Long Island Sound's dead zone — 63 square miles last year — looked likely to remain so unusually small that the study's author called it "minuscule."

And then, said Christopher Gobler, professor at Stony Brook University School of Marine and Atmospheric Sciences, "These storms occurred and the dead zone expanded all across the Long Island Sound, from the city all the way well into central Suffolk."

So now the race is on, he said, to rein in nitrogen pollution before climate change worsens.

Scientists pin the Sound's persistent dead zone on the release of rainwater mixed with untreated sewage by coastal localities, including New York City, Westchester and Connecticut, as they rely on combined systems.

Summing up Long Island's summer of 2021, Gobler said: "It began with mahogany and brown tides in June and ended with a harmful rust tide that continues today across eastern Long Island."

There were more than two-dozen dead zones — covering more area than before — along the approximately 90-mile coastlines between Great Neck and East Hampton. Blue-green algae, which can harm people and pets, affected as many as 20 lakes and ponds, while fish kills erupted "across another half dozen sites," Gobler said.

The long-term effects of a couple of decades of increasing algae blooms, which previously found the Atlantic too cold to their liking, include, Gobler said: "the collapse of critical marine habitats such as sea grass, major fisheries on Long Island such as scallops and clams, and the coastal wetlands that help protect waterfront communities from the damaging impacts of storms."

While neither mahogany or brown tides are believed to hurt people, they can kill marine plants and animals by clogging gills, blocking the sunlight, and causing oxygen levels to plunge, as the blooms decay on the bottom, for example.

Both Suffolk and Nassau undertook studies last year that revealed wastewater is the biggest source of the nitrogen pollution, Gobler said. Most Nassau homes are tied to sewers; about 70% of Suffolk’s dwellings are not.

Peter Scully, deputy Suffolk county executive, said "We are replacing systems by the thousands, so we are making progress … We're hoping to turn the tide on nitrogen pollution within a decade."

To Carl LoBue, senior scientist at The Nature Conservancy, an Arlington, Virginia-based nonprofit: "The research findings are conclusive: we know how to fix this and it’s time to act. The longer we wait to fix our water quality problems, the longer it will take and the more expensive it will be."

"There are currently no plans to change the authorization status," an EPA spokesman said.

The DEC, in a statement saying an "unprecedented" $4 billion was being spent to ensure New Yorkers have safe drinking water, added it "carefully and regularly assesses permitted discharges from wastewater treatment plants."

While the DEC could not immediately detail any corrective measures or penalties it may have imposed when localities do not properly report overflows, its statement said it "reserves the right to pursue actions against municipalities for failure to comply with reporting requirements."

In another example of the way regulators divide their roles in this area, the DEC noted counties may advise against swimming at beaches when there is a risk that sewers or wastewater treatment plants overflowed, discharging sewage.

"In general, recreational use of the receiving water is not recommended during or after heavy rainfall events."

Temporary advisories also often are issued as a precaution, for beaches prone to become contaminated by stormwater runoff; swimmers can return when levels of possibly harmful bacteria have fallen.

A total of 13.35 inches of rain fell this summer in Islip, up from the 9.96 inches the previous summer, said National Weather Service meteorologist Dominic Ramunni. "The average in Islip is going to be 11.5 inches, right on the nose," he added, citing records that begin in 1963.

All that rain, Gobler explained, allows leaks from home septic systems to seep into the groundwater, and then, bays, harbors and estuaries — "or, in some cases, is discharged directly into surface waters."