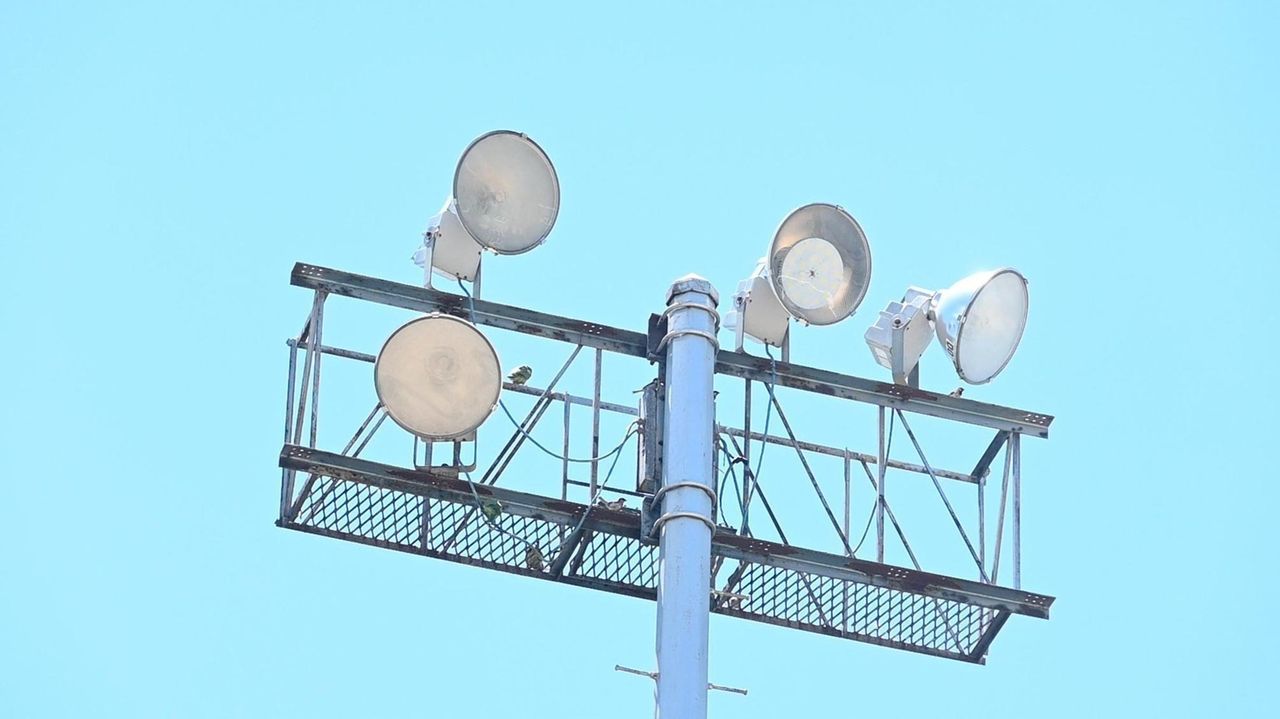 A contractor hired to replace light towers at a Lindenhurst park is under investigation for allegedly destroying parrot and sparrow nests Tuesday, throwing out several hatchlings and eggs and leaving others to die.

The allegations are being investigated by the Lindenhurst village attorney and the Suffolk County SPCA, which could bring animal cruelty charges against the company, officials said.

Village Administrator Douglas Madlon said the contractor, Johnson Controls in Syosset, was hired to replace the lights at Fireman's Park as part of Lindenhurst's "green energy initiative." Madlon said the firm was instructed to remove any nests "carefully."

"I thought they took every precaution with the eggs," said Madlon, adding that the village attorney will investigate for any criminality.

The birds were brought to a Northport animal rehabilitation facility and are expected to survive.

Caitlin Lefferts, 33, of Bay Shore, said she learned about the allegations through social media and rushed to the park Tuesday with her 7-year-old daughter Kylie.

Standing in the pouring rain, Lefferts said she discovered nine baby birds that previously nested on the light poles dead on the cement and near the baseball fields.

Lefferts, who does animal rescue work, found a nest in a trash can and persuaded the contractor to give her six barely alive birds — a monk parakeet and five house sparrows — that she said had been tossed in a dumpster, along with seven parrot eggs.

"It's sad and it's disgusting," said Lefferts, who posted pictures of the birds on her Facebook page. "It's just horrible. There should be no excuse for this. Someone needs to explain why this happened."

Lefferts brought the birds to Samantha Boyd of Northport, who runs an animal rehabilitation center. Once they fully recover, Boyd plans to release the sparrows and adopt out the parrots.

When the hatchlings arrived, Boyd said they were "freezing cold and practically dead. I was with them for about six hours warming them up, giving them fluid. They were dehydrated. We are getting them back on the road to health and now they're doing great."

If the contractor had "just contacted some rescue groups, we would have gone down there and taken the eggs and the babies carefully," she said. "They could have taken down the nest if that's what they had to do but it could have been done correctly … There's no reason those babies had to be killed."

"The village received complaints that the nests were not removed in a professional manner resulting in the loss of a number of parrots," he wrote. "We have reported the matter to the proper authorities for a full investigation. We have also demanded a complete report from the responsible contractor."

Chaz Bickers, a spokesman for Johnson Controls, a multinational corporation headquartered in Milwaukee, said in a statement: "we are aware of the concerns and are assisting the village with its review of the removal of the nests."

Neither bird is indigenous to New York and therefore not protected by the state, said Diane Hyde, president of the Long Island Parrot Society.

"But this could have been avoided if Lindenhurst waited until after breeding season," Hyde said. "Once live chicks and eggs were discovered, the contractor should have contacted the person who hired them and told them the job would have to wait."

Roy Gross, president of the Suffolk County SPCA, said his office could bring animal cruelty charges against the firm.

"It doesn't matter what species of bird that it is," Gross said. "It's still an animal. And it's criminal in nature if someone would do something like that to an animal."

Back at the park on Wednesday, birds — suddenly without a home — were wildly chirping and appeared to be flying aimlessly.

"They've lost their babies and don't know where to go," said Ed Huether of Lindenhurst. "There's no plan for their relocation. … It's a really disgusting situation."