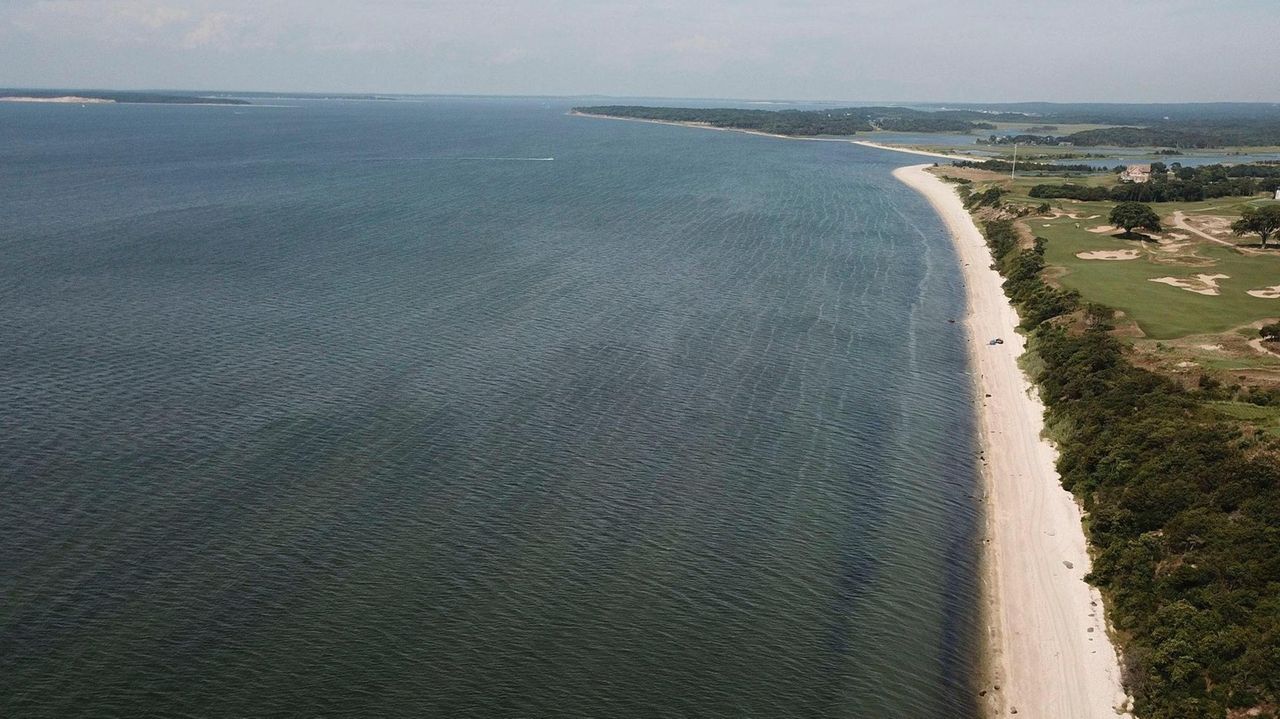 Arriving a full month early, rust tide algae has spilled across the Peconic Estuary and into the eastern Shinnecock Bay after erupting in Sag Harbor last week — and the unusually hot summer of 2020 is one of the chief reasons, scientists said Thursday.

Another culprit for the algae's earliest confirmed appearance, said Christopher Gobler, a professor at Stony Brook University's School of Marine and Atmospheric Sciences, is all the nitrogen that spews from Suffolk County. Unlike New York City and Nassau County, where most homes and firms are connected to sewer systems, around 75% of Suffolk's homes instead rely on cesspools and traditional septic systems that eventually allow the pollutant to flow into the surrounding waters.

While the rust tide algae does not harm humans, it can kill countless fish and shellfish — and already has hit lethal concentrations.

"Densities of the rust tide algae, known as Cochlodinium, above 300 cells per milliliter can be lethal to marine life," he added.

Gobler recalled that "Recent rust tides on Long Island have resulted in massive kills of fish and shellfish on eastern Long Island."

June was hot enough: about 2.2 degrees above normal, estimated Tim Morrin, a National Weather Service meteorologist based in Islip. The mean temperature is 68.4 in Islip, NWS records show.

July was even warmer: a full four degrees above average, Morrin said, as of Wednesday. The mean for July in Islip is 73.9.

“We have identified climate change and specifically warm summer temperatures as a trigger for these large, widespread rust tides," Gobler said. “Compared to the twentieth century, summer water temperatures today are significantly warmer and it's been a warmer than usual summer. When we have extended heat as we have seen this month, intense rust tides often follow.”

And the ocean, according to the National Aeronautics and Space Administration, "does an excellent job of absorbing excess heat from the atmosphere."

Especially on the surface, as anyone who dives in knows.

"The top few meters of the ocean store as much heat as Earth's entire atmosphere,” NASA says on its website. "So as the planet warms, it's the ocean that gets most of the extra energy."

Last year, Gobler said he and colleagues, "demonstrated that ocean warming since 1982 in the northeast U.S. has expanded the ‘bloom season’ for rust tide by more than a month and has increased the rapid growth of the algae."

Possibly, scientists say, the high number of storms expected in the Atlantic during the June 1 to Nov. 30 hurricane season may help curb the blooms if they wash it up on the shore where it would die as it dries out.

However, "If sustained through fall [there is a] greater likelihood of harm (to) marine life," Gobler, who was not immediately available for an interview, said by text.

Of course, a number of Eastern Seaboard states, especially Florida, also are afflicted with harmful algae blooms, and Gov. Andrew M. Cuomo said two New York universities, SUNY College of Environmental Science and Forestry and Clarkson University, will soon begin experiments to see if the methods they developed since he asked them last year to solve the problem prove successful.

The research will be conducted in an upstate lake so toxic that monitors have long discouraged swimming: the 715-acre Lake Neatahwanta. The lake's Iroquois' name is translated as "little lake near the big lake," and it is near the city of Fulton in Oswego County.

The aim is to develop ways of battling these blooms that can be used around New York state — and the world, he said.

"Protecting our state's precious water is a top priority, and this summer Lake Neatahwanta will serve as the testing ground for the inventions that have the potential to be put to use across the state to reduce the threat of these harmful algal blooms."