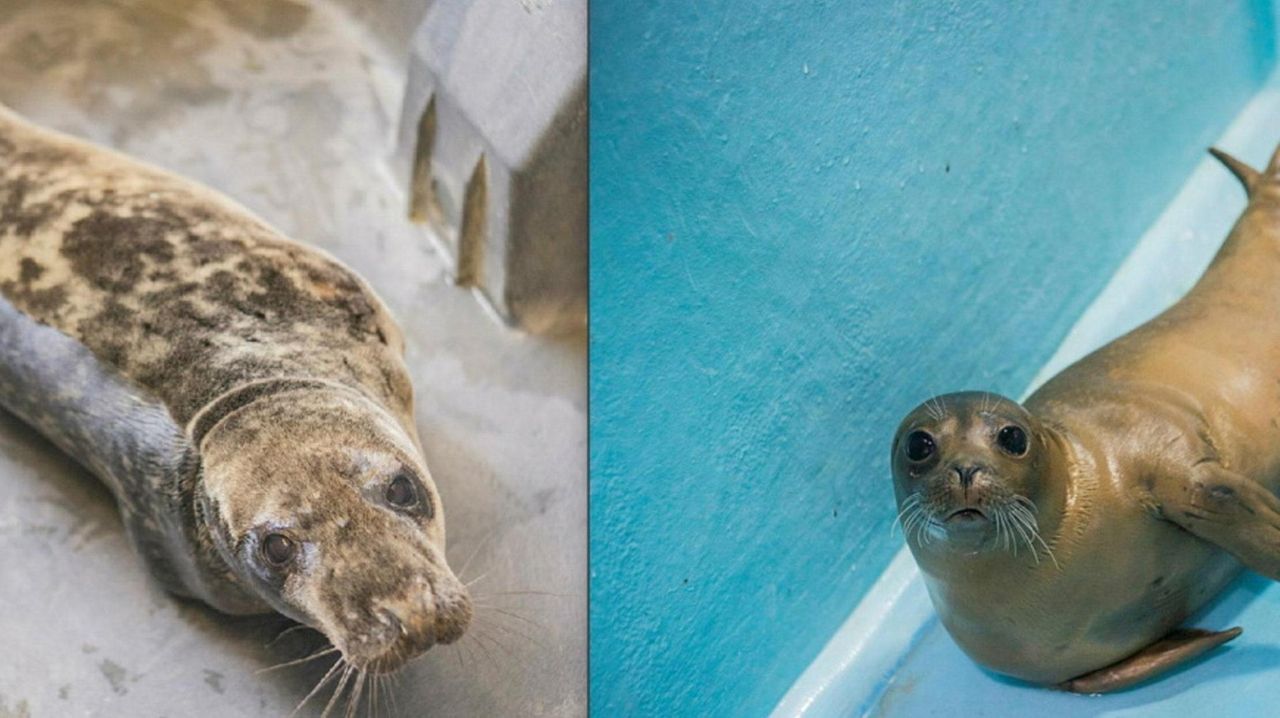 Billy Joel is "Movin’ Out." Joan Jett is heading for a "Fresh Start."

On Friday, two seals named for Long Island rock stars are being released back into the ocean on a Hampton Bays beach after a stint in Riverhead, according to Maxine Montello, the rescue program director of the New York Marine Rescue Center, where the seals rehabbed.

Billy Joel, the gray seal (not the Piano Man, who lives in Centre Island) is 3 to 6 months old. He is 3 feet long, and weighs 40 pounds.

Joan Jett, 1 or 2 years old, is a harbor seal (not the "Bad Reputation" resident of Long Beach), 50 pounds and about 4 feet long.

Both were admitted due to dehydration.

"Joan had many superficial cuts along her face and body that needed to be cleaned topically and she was started on antibiotics," Montello said.

Both had been found by concerned beach walkers. Montello said the center decided to do a musicians and bands theme to name its seals this year.

"Joan Jett was an obvious choice for this sassy harbor seal and picked by the staff. Billy was named by the public via a Facebook poll. He was found on Fire Island, so we picked two artists that had songs about fire," Montello said.

It was Billy Joel (think "We Didn’t Start the Fire") versus Johnny Cash ("Ring of Fire").

"Billy of course won because he is a native Long Islander," Montello said.

The group keeps the seal in rehab, based on a customized plan, for six to eight weeks, with daily feeding, wound care and supplementary vitamins. Blood samples are taken to monitor progress. All of that costs about $10,000, funded through donations to the nonprofit.

The center responds to help about 125 marine mammals and sea turtles every year, Montello said, and the animals are often in critical condition.

In a note sent through spokeswoman Claire Mercuri, the human Billy Joel said: "Tell them I’m happy to hear of the seal’s release."

As for the human Joan Jett, her publicist Erica Gerard emailed this note from the star: "I’m honored the staff at the New York marine rescue center chose to name a female harbor seal after me, and that Joan is now returning home. I am so thankful to the people who cared for her and nurtured her back to health and wish Joan Jett the harbor seal a healthy rest of her life!"