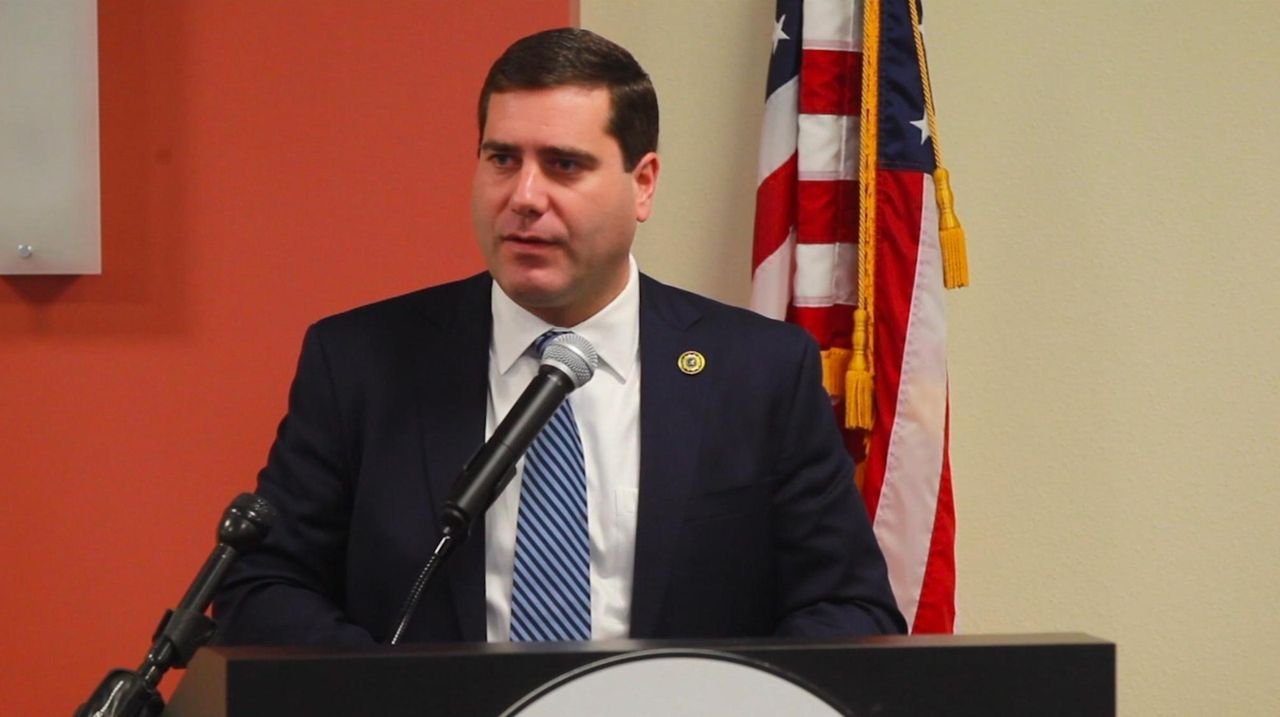 On Friday, Suffolk County district attorney said Illegal dumping of hazardous materials is an “epidemic” and one of the top priorities of his office, along with fighting gangs and the opioid crisis. Sini said that a growing number of unscrupulous contractors are dumping hazardous waste from New York City demolition projects in Suffolk County.

Illegal dumping of hazardous materials is an “epidemic” and one of the top priorities of his office, along with fighting gangs and the opioid crisis, Suffolk County District Attorney Timothy Sini said Friday.

His office launched a crackdown on it dubbed “Operation Pay Dirt,” and discovered the problem is widespread.

The special grand jury investigation that wrapped up in August “was very successful,” Sini told about 100 business leaders and others. “We took down this ring of bad actors and stopped this scheme. But then we realized that this is an epidemic.”

Fighting illegal dumping is “one of the top priorities of our office,” he said.

The grand jury investigation resulted in one of the largest busts of alleged illegal dumping in New York State history, he said. The 180-count indictment targeted 30 defendants and nine corporations. Sini said all have pleaded guilty.

Authorities used tactics more commonly associated with investigations into organized crime and gangs, including wiretaps, eavesdropping and surveillance, he said.

“The wiretap proved very fruitful,” Sini said. At one point he played audio of the some of wiretaps, with one alleged illegal dumper saying one trucker “dumped cancer on the guy and you know the guy flipped out at him.”

Another joked about dumping “a load of plutonium.”

One dumper was sentenced to 2 to 4 years in jail — something Sini hopes will deter other illegal dumpers.

“When you send someone to jail for 2 to 4 years in prison, that sends a real message,” Sini said.

Some at the event congratulated Sini for taking on the issue as a top priority.

“We commend DA Sini for going after bad actors because, in addition to harming our environment, which is one of the region’s best assets for attracting and retaining residents and businesses, they create a competitive disadvantage for the good companies that comply with the law and play by the book,” said Kevin Law, president and CEO of the Long Island Association.

Marc Herbst, executive director of the Long Island Contractors' Association Inc., told Sini, “We are very happy that you are aggressively going after the bad actors” because they hurt honest contractors in two ways.

“The overall construction industry gets a black eye,” he said. “There’s a lot of good people out there that do good work and do everything the right way.”

Legitimate contractors also get undercut by illegal ones who charge lower prices and beat them out for jobs, he said.

Sini said that while many may think the illegal dumping takes place in the pine barrens or other open spaces, much of it is in homeowners’ yards.

“This material was being billed to residents through Craigslist and other methods as clean fill, as clean dirt,” but actually contained toxic materials, he said. It is “the stuff you don’t want in your tomato garden.”

“There are real victims,” he said. “These are people who were duped.”

Basil Seggos, commissioner of the state Department of Environmental Conservation, said his agency is working closely with Sini to strengthen regulations and prosecute more criminals.

“Our efforts are not waning,” Seggos said in a statement. “We are a constant presence on Long Island, going after bad actors and holding illegal dumpers accountable with the assistance of Suffolk County District Attorney Sini and his office.”

Sini said illegal dumping in Suffolk has been going on for decades and has increased in the past decade partly because of a building boom in New York City.

Kris Almskog, a geologist with P.W. Grosser Consulting in Bohemia, said he didn’t think illegal dumping is growing; rather, now “there is more of a spotlight on it,” both on Long Island and in New York City.

“The crackdown and the jail time should have a significant effect on the bad actors,” he said.