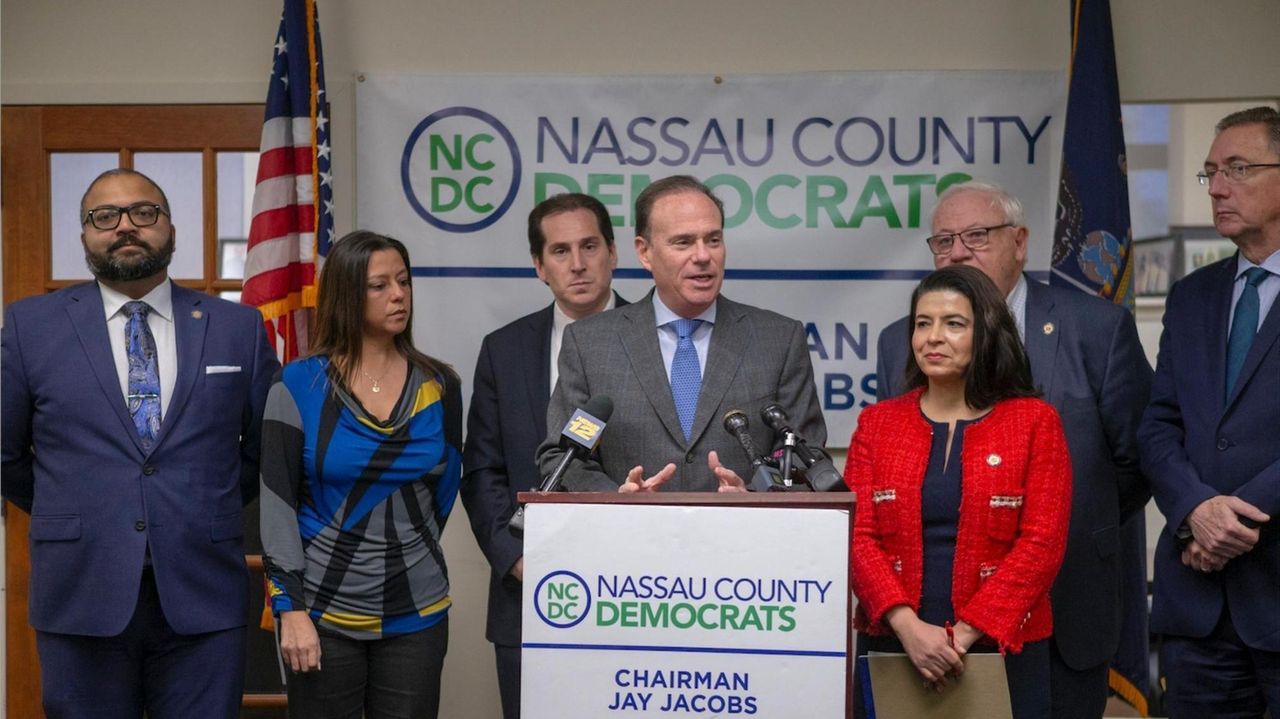 Food scrap recycling, a plastic carryout bag ban and $500 million in water infrastructure funding were approved in New York's state budget, but there's no statewide fee for paper bags or expansion of the state's bottle bill to encourage recycling.

Some environmental groups hailed the budget as a landmark for environmental legislation, while others said work remains. Here's a look at environmental topics and how they fared in the legislature in Albany.

In an effort to divert food from landfills and incinerators, organizations that produce large amounts of food waste will have to separate their excess food and donate edible items while sending food scraps to an "organics recycler," like a 50,000-square-foot anaerobic digester Long Island Compost plans to build in Yaphank. The requirement would apply to operations including hotels, supermarkets, colleges, large restaurants and correctional facilities that produce an annual average of at least 2 tons of food waste per week at a single location and are within 25 miles of a recycling facility. It would only apply outside of New York City.

Environmental advocates said the bill will reduce waste being sent to landfills and cut down on methane emissions.

Julie Tighe, president of the New York League of Conservation Voters, said food waste broken down in a digester can be used to create compost. The Long Island Compost facility is expected to break ground in August.

Hospitals, nursing homes and primary and secondary schools are exempt from the bill, which had been proposed in prior years.

"This is a program that will get us started, and hopefully will get expanded to many more programs in the future," said Adrienne Esposito, executive director of Citizens Campaign for the Environment, a Farmingdale-based advocacy group. "It's a gigantic accomplishment. It decreases the waste stream, feeds the hungry, and increases renewable energy."

There's no food waste recycling facility in Nassau or Suffolk now, though food scraps also could be donated for animal feed.

Most grocery stores already donate excess edible food to regional and local food banks, so the new law is "duplicative," said Mike Durant, president and CEO of the Food Industry Alliance of New York State Inc., an Albany-based trade group that represents 800 supermarkets, convenience stores and wholesalers. A Stop & Shop representative said organic perishable items that can't be donated to food banks are taken to compost or digester facilities — or used for animal feed — as opposed to going into a landfill.

Durant said more details about how the law will be applied still need to be worked out, such as how the state will calculate the threshold of 2 tons of food waste per week at a site.

The impact on the grocery industry “is going to be determined as we go through the regulatory process over the next two years,” Durant said.

The state calculated there were nearly 1,000 facilities in 2018 that would be covered under the law, 56 of which were restaurants.

Plastic carryout bags will be banned statewide in March 2020. Now, fights are on in counties over whether to charge a 5-cent fee for paper bags, and where that money would go.

A state task force studying different bag bans and fees found that governments in Hawaii and Chicago that banned plastic bags without a fee on paper simply saw an increase in paper bag use.

In Nassau County, prospects for a 5-cent fee on paper seem dim. "Dead on arrival in Nassau County," according to a media announcement from the legislature's presiding officer, Richard Nicolello (R-New Hyde Park), who plans to discuss the paper bag fee issue at a news conference Wednesday.

In counties that don't opt into the paper fee, state Sen. Todd Kaminsky (D-Long Beach) said towns and villages could opt to adopt a 5-cent fee, though that would be kept by grocery stores.

He said plastic pollution — including litter on beaches and in the stomachs of marine life — is a top issue among young people.

"Attacking the plastic problem has kicked around Albany for too long," Kaminsky said.

The new law will pre-empt Suffolk's law, which has put a 5-cent fee on both single-use plastic and paper bags since Jan. 1, 2018. Lawmakers there could choose to keep the fee on paper bags, which would be kept by grocery stores, or they could opt into the state law, where 3 cents of the paper bag fee would go to a state environmental fund and 2 cents to county programs for reusable bags.

“It is intended to supersede local laws, such as the one in Suffolk County, that have been working very well and we think will work much better than the ban,” he said.

"The drawback of this tax is charging the 5 cents to customers that is to be put toward local governments as opposed to charitable endeavors and local environmental programs," she said in a statement of the new law.

Gov. Andrew M. Cuomo proposed expanding the 5-cent deposit on additional bottles to include iced tea, sports drinks, energy drinks and fruit and vegetable juices. While the proposal was embraced by many conservationists as the best way to ensure that bottles are recycled, it met resistance from recycling companies and municipalities that feared they’d lose valuable plastics and aluminum from curbside recycling programs, as well as beverage companies, which didn’t want a fee on more of their products and feared fraud, lawmakers said.

Kaminsky said, "I think there was a widespread understanding from all sides a more holistic look at recycling programs in the state was needed."

Many municipalities have made major changes to their recycling programs since China — a major importer of recycled material — started demanding higher quality materials.

Tighe, with the New York League of Conservation Voters, said, "I think we need to all work closely with local governments and the recycling community for a real viable solution to the recycling crisis we’re facing right now."

That could include putting a deposit fee on glass wine and liquor bottles.

Moran said expanding the bottle deposit program would increase recycling and reduce plastic waste. "This should be common sense to do. We’ve already had bottle bills on the books 40 years, and expanded them before," she said.

State estimates have put water infrastructure needs at $80 billion over the next 20 years.

"This is a very important step. We continue to chip away at a need," Moran said. "With federal government cutting back on protections, we need bold investments. We would’ve preferred to see $2.5 billion in the budget. We're disappointed the promise wasn’t filled this year. We’ll be counting on the governor and legislature to fulfill that promise in future years."

The $500 million this year is on top of $2.5 billion allocated in 2017. Cuomo in January committed to funding an addition $2.5 billion over five years.

Esposito said the money can be leveraged with loans and local money to begin paying for the water upgrades.