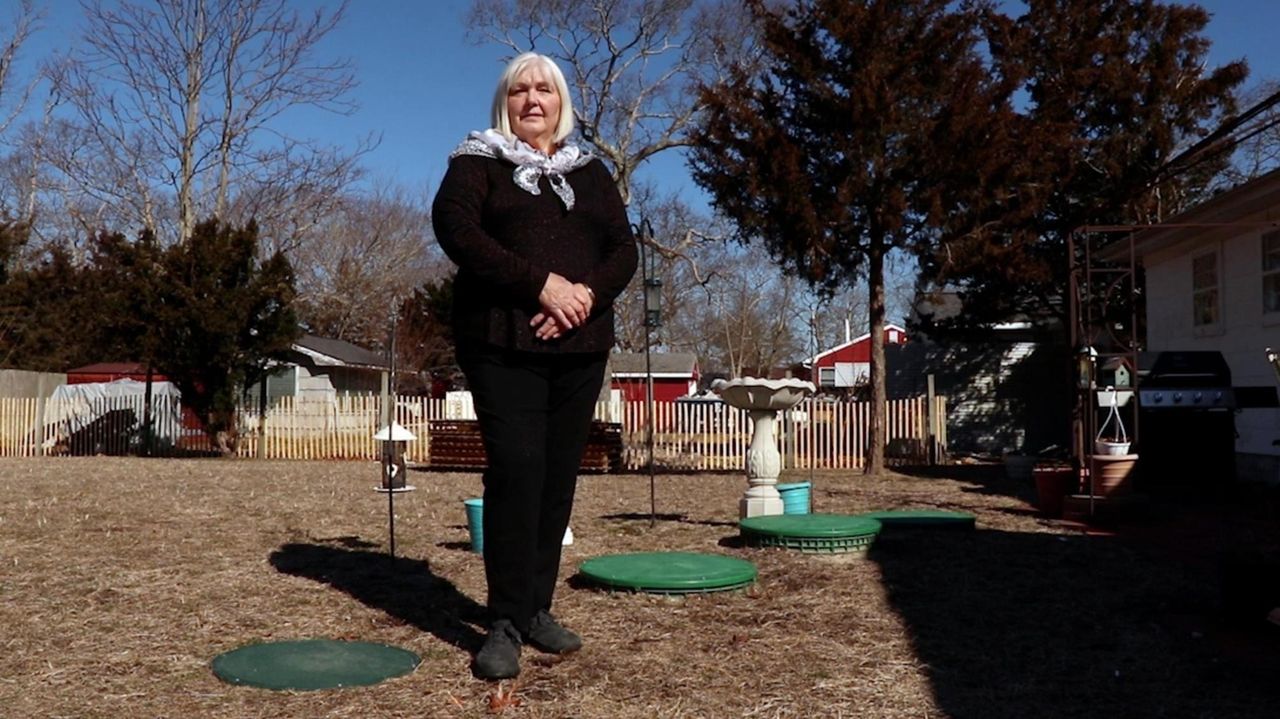 Suffolk homeowners who applied for and received county grants to install new enviromentally friendly septic systems have been sent unexpected tax forms. Dorothy Minnick, of Flanders, realized the tax issue one year after her system was installed and she was preparing her taxes.

Around 60 Suffolk homeowners who received county grants to install nitrogen-reducing septic systems have been sent tax forms that they fear will trigger thousands of dollars in additional federal tax payments.

“I said that’s ridiculous,” said Dorothy Minnick, 69, of Flanders, when her tax preparer told her she would owe extra for the advanced septic system installed last year. “I didn’t make that income. I’m being penalized for doing something good for the environment.”

She said counting the $10,000 grant for the advanced septic program would push her into a higher tax bracket and she would have to pay “several thousand" more dollars in taxes if the grant is counted as income.

Tim Sheehan, who got an advanced system installed at his Shelter Island home with the help of town and county grants, said he could face a $3,000 higher tax bill from the county grant. While the 37-year-old bar and restaurant manager had expected to pay taxes on the Shelter Island grant, he said the county agreement for $10,000 made no mention of a tax liability, and county staff told him there would be no tax consequences.

Deputy County Executive Peter Scully said the county doesn't agree with Kennedy's decision to send the forms to homeowners. The county deliberately structured its grant program so homeowners never received the $10,000 to $20,000 in grants, and the money instead went to companies installing and designing the nitrogen-reducing systems, which cost an average of $20,530, he said.

A legal opinion from the county's tax counsel, Harris Beach, said homeowners shouldn't get the tax forms because they don't have "complete dominion and control" over how the money is being used and the systems are installed for a public benefit. The opinion, from March 2018, cited two prior IRS cases that found grants for business facades and driveway improvements did not count toward a recipient's gross income.

“We see no reason not to abide by that opinion,” Scully said, adding that the forms could have a "chilling effect" on a nascent county program, funded with state and county dollars.

Kennedy called the administration's position "flawed" and the prior cases relied on by the tax counsel as "extremely tangential." He said he planned to request an opinion from the IRS on who should receive the 1099 form.

"In my opinion, it's the responsibility of proponents of the program to address all the questions. However, since the administration has failed to do so, I'll take the action," he said.

IRS spokesman Bruce Friedland said the agency could not comment on a taxpayer's liability or the specifics of a particular government program.

Bellone, a Democrat seeking a third term as Suffolk's top elected official, is facing Kennedy, a Republican, in November’s election.

Bellone has made nitrogen removal his signature environmental issue. High levels of nitrogen, primarily from unsewered homes, have been blamed on harmful algal blooms that can hurt shellfish and finfish in saltwater and lead to reduced oxygen levels in the water. High nitrogen also can lead to public water well contamination.

So far, 69 advanced systems designed to reduce nitrogen have been installed as of this month in Suffolk; 81 installations are pending, and 1,537 homeowners have applied to the program, according to county statistics.

The systems have cost an average of $20,523. To make them affordable for homeowners, the county has been giving out grants, which were initially capped at $10,000. Some East End towns, which are mandating the systems in new construction, also offer grants.

Southampton Comptroller Len Marchese said the town's program originally operated as a rebate for homeowners, but since has been changed to pay the installers directly to avoid creating a tax liability for homeowners.

"Early on, we wrote a couple checks to homeowners until realized we’d have to issue" the tax forms, said Marchese, a certified public accountant. "So we revamped the program." Homeowners can now determine whether they get the rebate check, or the money goes to the installer.

He added, "Government spends money in areas where people benefit all the time," without individuals being taxed on it.

Anthony Basile, associate professor of accounting and taxation at Hofstra University, and a practicing CPA in Woodbury, said the tax form should go to the contractor, not the homeowner.

“Why they’re choosing to send it to the homeowners is ludicrous,” he said. “That violates everything we know about 1099 rules.” He said the contractors should be receiving the 1099 form and paying taxes on it.

Charles Barragato, research professor at Stony Brook University's College of Business and tax partner at the CPA-firm BDO in Melville, said arguments could be made on both sides whether tax forms should be issued to homeowners.

An IRS opinion, he said, "is the surest way to be sure there’s no issue."

Some homeowners are so excited to get the systems, they're not worried about the tax.
Susan Cincotta, an associate real estate broker in Shelter Island, said she paid taxes on the $19,000-plus in town and county grants she received to cover the cost of her advanced septic system.

"I did the math, I looked at the future of the community and my children," she said. She said the cost to her compared to the benefits was "very small."

Suffolk asks comptroller to rescind tax formHomeowners who received grants to offset the costs of advanced nitrogen-reducing septic systems received the 1099s, sparking fear their tax bills will increase by thousands of dollars.