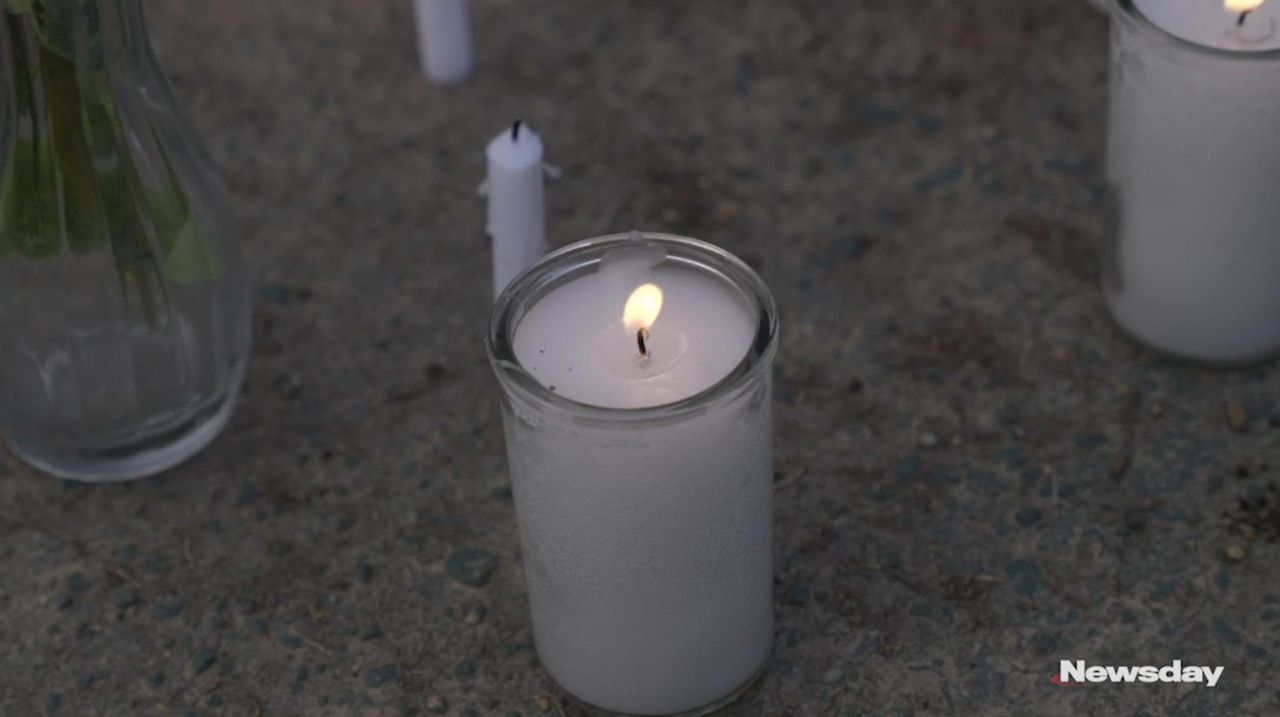 Family and friends held a vigil for Evelyn Rodriguez and her daughter Kayla Cuevas on the two-year anniversary of Rodriguez's death. Four years ago, the bodies of Kayla and Nisa Mickens were discovered on the same street in Brentwood.  Credit: Kendall Rodriguez

Tears steamed down Kelsey Cuevas’ face as she stood on Ray Court in Brentwood Monday evening, the street that signified tragedy for her family — not once but twice.

Two years later, to the day, Cuevas’ mother, Evelyn, was killed on the same street — while trying to memorialize her late daughter — during a confrontation with a driver authorities say ran over her in a Nissan Rogue.

Late Monday afternoon, Kelsey Cuevas, 22, couldn’t contain her emotions when expressing the emptiness in her life without her younger sister and mother.

"I miss you mom. I love you," Cuevas said through tears. "I miss you Kayla. I miss you every day. My best friend. My other half. My baby sister."

Cuevas and about 30 family and friends Monday remembered the slain teens and Evelyn Rodriguez, who went on to become an anti-gang activist after Kayla's killing, by gathering on Ray Court Monday evening.

At the memorial, Kelsey Cuevas read poems written for her sister and mother. Participants lit candles. Balloons were released into the air, including purple balloons, Kayla’s favorite color, and pink, meant for her mother, Kelsey Cuevas said.

Freddy Cuevas, 52, father of Kayla and partner to Evelyn, said before the vigil that he was having a hard time over the deaths.

"It shouldn’t have happened," he said. "There is no moving on. This doesn’t sit easy. They were two important people that were taken away from us."

In March, a jury found Ann Marie Drago, 59, guilty of criminally negligent homicide and other charges following her three-week trial. She is appealing the verdict and is awaiting sentencing.

Her advocacy led to testimony before a Congressional hearing and a meeting with President Donald Trump on the day of his State of the Union address.

Kelsey Cuevas said her mother’s activism sparked real change. "We didn’t forget the fight and the changes you made here in Brentwood," she said.

On the day of Rodriguez’s death, she and Freddy Cuevas approached Drago who was behind the wheel of the Rogue and demanded the return of items from a memorial for Kayla. Drago had dismantled the memorial in front of her mother’s home because she didn’t want to scare off potential buyers, prosecutors said.

During the confrontation, prosecutors said Drago drove her Nissan forward, running over Rodriguez with both driver’s side tires. Drago feared for her life when the couple ran up, shouting expletives and pointing, her defense argued.