The New York National Guard's 106th Rescue Wing more than doubled its planned Hurricane Florence rescue operation Thursday, shuttling additional equipment and crew from its Westhampton Beach base to a staging area in Delaware, as the powerful storm began lashing the Carolinas.

Some 110 members of the Rescue Wing are now on hand for the operation, up from the 50 personnel announced by the governor's office on Wednesday, according to New York National Guard spokesman Eric Durr.

The 106th's public affairs officer, Capt. Michael O’Hagan, said the unit would likely remain overnight at Dover Air Force Base, Delaware, before a decision is made on where along the storm's path its rescue teams might be of greatest help. 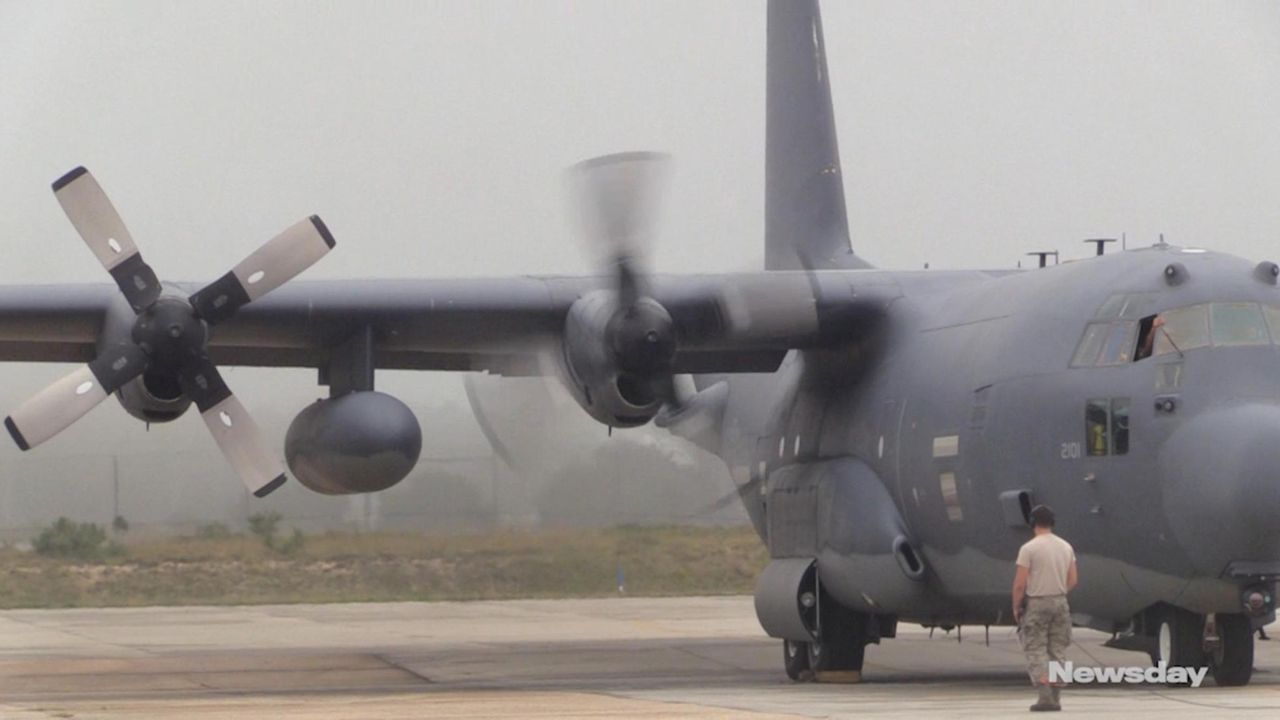 “We’re really on hold to see what the storm does and where it goes,” O'Hagan said by telephone from Dover Thursday afternoon. “Once Mother Nature sets the table, we’ll know where we are needed.”

One of the nation's three National Guard rescue wings, the 106th employs extreme swimmers, elite units in helicopters and inflatable boats to perform rescues under particularly difficult conditions, such as far out at sea or in isolated locations on land.

The two other Guard rescue wings — the 129th, based south of San Francisco, and the 176th in Anchorage, Alaska — are also sending personnel and equipment in preparation for Hurricane Florence rescues.

Extreme weather has kept the 106th busy during the past year.

The 106th rushed rescuers to Houston  in August 2017, when Hurricane Harvey inundated the coastal inland  with as much as 3 feet of rain in as many days, causing flash floods that cut off escape routes to some 13,000 Texans.

“People found themselves trapped by high, swift water that they realized they couldn’t navigate,” O'Hagan said. “We expect we will be doing a lot of boat rescues during this hurricane, as we did during Harvey.”

Days later, members of the 106th were sent to the Caribbean, where they participated with Guard units from Kentucky and Puerto Rico in the evacuation of some 1,500 Americans stranded on the island of St. Martin.

NY task force heads to North Carolina for FlorenceA task force of New Yorkers, including members of the FDNY and NYPD, has arrived ...