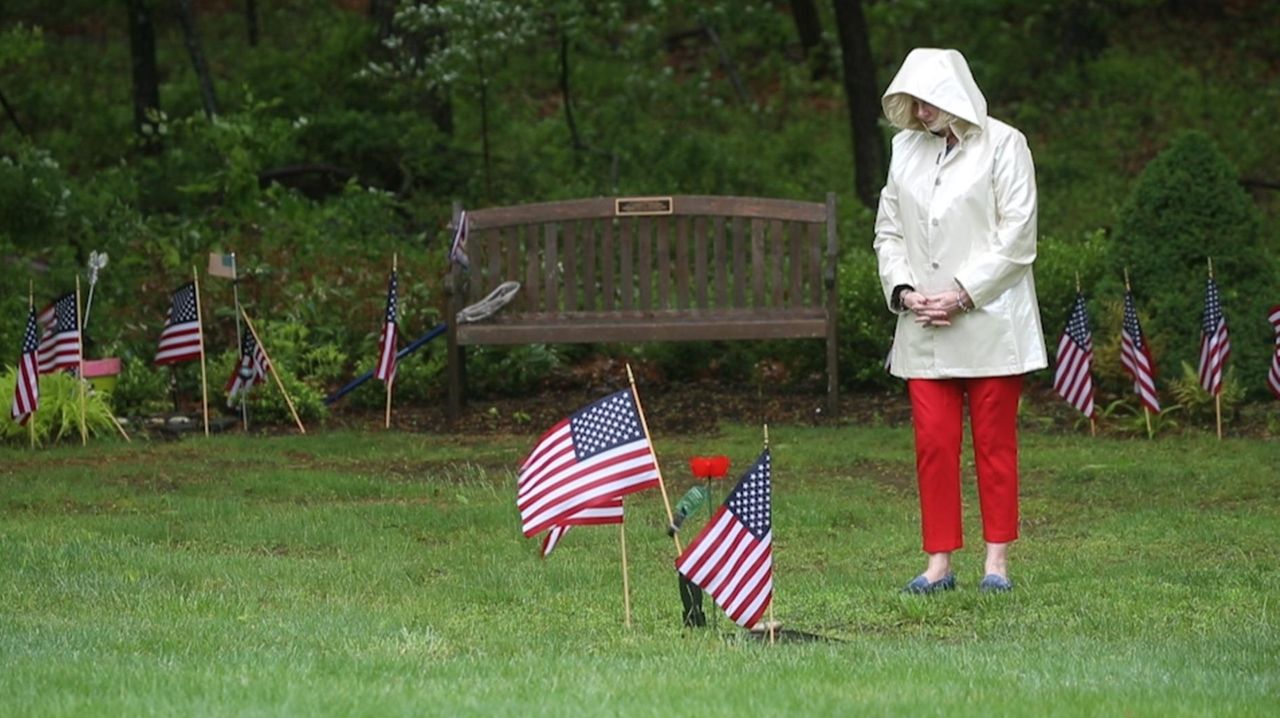 First Lt. Joseph Theinert was killed in Afghanistan almost seven years ago when his unit was under heavy fire when an improvised bomb exploded near him. Theinert's parents are involved in giving support to veterans and Gold Star Families through the Joseph J. Theinert Memorial Fund. Credit: Randee Daddona

Chrystyna Kestler plans to rise Monday morning and dress in white. She will attend an outdoor Mass at Our Lady of the Isle cemetery on Shelter Island, throw a wreath into the Peconic Bay, and march in the Island’s Memorial Day Parade.

It will be a difficult Memorial Day morning for Kestler of Mattituck, whose 21-year-old son, 1st Lt. Joseph Theinert, was killed less than seven years ago while leading a patrol in Afghanistan.

She is among a number of Long Island families of war dead who have sought to ease the pain of their loss by finding ways to assist others who have been touched by the death of a military loved one.

“After Joey was killed, we followed the example of other Gold Star families, like the Scherer and the McNaughton families,” said Kestler, referring to other military families who remember loved ones killed in combat since 9/11 by devoting themselves to community service.

“Memorial Day for me is very personal,” said Kestler. “It’s not about sales, or cookouts, or even about thanking a veteran for their service. That’s for Veterans Day. Memorial Day is a chance for me to remember my son.”

After her son was killed, Kestler established a fundraising organization that hosts golf tournaments and ferry cruises to pay for scholarships at East End of Long Island high schools.

More recently, she began hosting retreats for about a dozen veterans at a time at her family ranch in New Mexico. A fundraising organization she organized, the Strongpoint Theinert Ranch, covers the costs of the stays.

Army Spc. Brian Burwell, 30, who served in the same company of the 10th Mountain Division unit as did Theinert, and who was a guest of the ranch’s program last year, said the stay was therapeutic for him.

He said veterans sometimes have difficulty reintegrating into civilian life, and appreciate experiences with fellow veterans who can understand the fear, loneliness, guilt and other stresses of military life.

“Veterans suffocate themselves with the things around them — what we’ve been through in combat, with trying to connect again with family. We have a hard time dealing with that,” Burwell said. “The ranch provides us with a relief, a sense of security. You have your brothers with you. You can open up if you want to. Your brain naturally releases the stress that is around you in the real world.”

Originally called Decoration Day, Memorial Day has its roots in the aftermath of the Civil War, as northern villages and towns sought a way to honor their war dead.

Memorial Day moved toward a national commemoration in 1868, when a former commander of the Grand Army of the Republic, Gen. John Logan, issued General Orders 11. That order designated May 30 “for the purpose of strewing with flowers or otherwise decorating the graves of comrades who died in defense of their country during the late rebellion, and whose bodies now lie in almost every city, village, and hamlet churchyard in the land.”

A 1971 act of Congress moved the federal holiday to the last Monday in May, although eight southern states also hold a separate holiday to honor Confederate Army soldiers.

Flags planted in fields have been an enduring symbol of the holiday since its beginnings.

In the 10 years since Marine Cpl. Christopher Scherer, 21, of East Northport was killed by sniper fire in Iraq, members of his family have sought comfort by hosting a fundraising 4-mile walk-run through the streets of East Northport.

They also organize the planting of nearly 7,000 flags in a field near where the race begins at East Northport’s Pulaski Elementary School.

Proceeds from the fundraising have gone to a number of charitable endeavors, including scholarships for students at Northport High School, and to America’s VetDogs, a Smithtown organization that provides service animals to disabled veterans.

Scherer’s father, Timothy Scherer, said the family schedules the “I Did The Grid” fundraiser on the Saturday before Memorial Day to keep it apart from secular distractions associated with long holiday weekends.

“We want people to still enjoy their backyard barbecues and family trips,” said Scherer, who said the family reserves time on Memorial Day itself to make a morning visit to where their son was buried at Northport Rural Cemetery, next to his grandfather.

“But our hope would be that you’d take some time to honor the people who made the ultimate sacrifice,” he said.