More than 250 Long Islanders got a flu shot Saturday at free clinics hosted in both Nassau and Suffolk, as a devastating national outbreak of influenza has put doctors and families on edge.

Turnout exceeded expectations, with a long line of people greeting Nassau County health officials as they arrived in Mineola Saturday morning for the day’s clinic.

From 11 a.m. to 2 p.m., anyone could stop by the county Department of Health building and receive a free flu shot.

“We’ve been hearing about the kids dying this year and that’s a little scary,” said Nicole Yang, 37, of New Hyde Park, a bookkeeper who brought her two children. “We got the flu last year and we were bed sick for days, me and the kids. We felt like we were dying.” 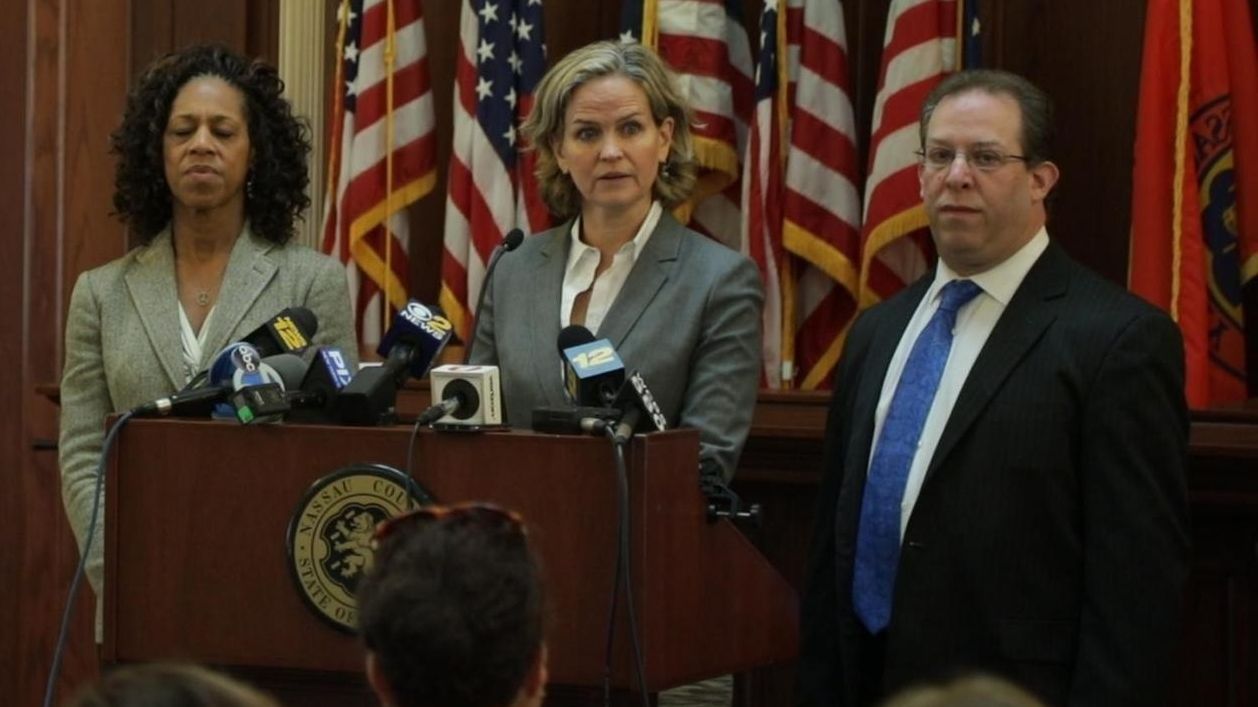 So far, Centers for Disease Control and Prevention officials have said 63 children died after getting the flu. In New York State, four children have died of influenza.

The latest state figures show a 35 percent jump in laboratory-confirmed flu cases and a 2 percent rise in hospitalizations statewide since the previous week.

There were 15,753 confirmed influenza cases and 2,349 people hospitalized in the week ended Feb. 3, according to the state Department of Health.

Omar Ortega, 48, of Freeport, said the news reports spooked him, too. He has a 3-year-old daughter and wanted to make sure she stays healthy.

Since the flu season began in October, there have been 3,864 confirmed cases in Nassau compared with 2,229 at this time last year.

County Health Commissioner Lawrence Eisenstein said he was pleased with the event’s high turnout. By the end of Saturday’s event, 166 people had gotten flu shots, with more than 40 of those being children.

“It’s really wonderful people understood the message and are protecting themselves and their children and their families,” he said.

The flu isn't over. Here's how to know if you caught it

In Suffolk County, nearly 100 people, including 19 children, got a free flu shot Saturday in Great River from the Department of Health. In the last week, 782 flu cases have been reported in the county.

Dennis DeCola, 69, of East Islip meant to get a flu shot in September but forgot to ask his physician, he said. He has two grandchildren with cystic fibrosis.

“I can’t afford to be sick around them,” said DeCola, a school bus driver.

Nassau County will hold two additional clinics this week, one Tuesday from 5 to 7:30 p.m. at the WIC Office in Hempstead and another Thursday 7:30 to 10 a.m. at the Yes We Can Community Center in Westbury.

Opinion: I’m afraid of the flu

In Suffolk, officials will hold clinics on Tuesday from 1 to 3 p.m. at the Riverhead Library and a third Thursday from 5 to 7 p.m. at the H. Lee Dennison Building in Hauppauge.

Nassau, Suffolk to give free flu shots Nassau County will provide free flu vaccination shots to combat an unusually severe influenza outbreak nationwide, County Executive Laura Curran said. Cuomo wants emergency funding for fluGov. Andrew M. Cuomo directed the state health commissioner to authorize emergency funding to New York's 62 counties in response to the overwhelming number of flu diagnoses, which are continuing to rise exponentially. CDC: 53 child deaths attributed to flu this seasonInfluenza continues to be a major health threat across the nation as cases rise exponentially in 42 of the 50 states — including New York, federal health experts said. Who are Long Island's top doctors?Search Newsday's database to find a top-ranked doctor near you and get tips on choosing the right health care provider.