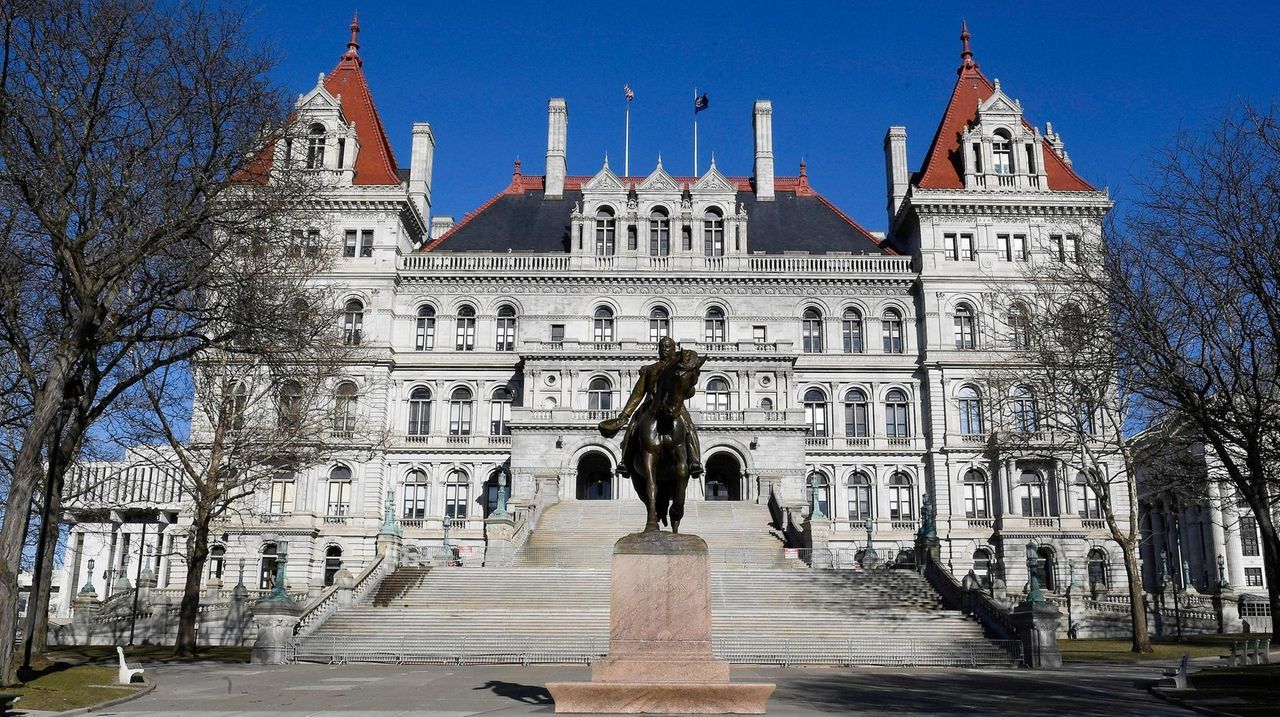 Immigrant advocates hailed the new $2.1 billion "Excluded Workers Fund" the Democratic-controlled State Legislature approved this week as "historic," for its potential as an economic lifeline to those who lost jobs during the coronavirus pandemic and didn't qualify for federal stimulus money or unemployment benefits.

The fund, which would primarily benefit workers in the state without legal immigration status, was controversial during budget talks, causing public spats on Twitter among progressive and moderate Democrats.

The Fiscal Policy Institute, a liberal-leaning think tank based in New York City, said there are an estimated 18,000 workers affected by the measure in Nassau County and 17,000 in Suffolk County who could benefit from the fund, with a potential $251 million boost to the Island's economy.

"I would say this is a huge victory for workers across New York State," said Ani Halasz, executive director of Long Island Jobs With Justice, a coalition of labor unions, community organizations, congregations and faith-based organizations that advocates for the rights of working people. "It’s really historic for our state to create a fund like this, and to create a potential long-term mechanism that can support immigrant workers in an ongoing matter, if they experience loss of work."

He added, it's "historic because no other state right now is providing a level of support this fund would provide these workers. New York is really stepping up to the plate."

In New York, critics raised concern about the cost — a maximum, one-time payment could be $15,600 for those who meet certain requirements, such as filing a tax return in 2018, 2019, or 2020, while others could see a $3,200 benefit. The Fiscal Policy Institute estimates that 290,000 workers statewide will benefit from the fund.

State Sen. Jim Gaughran (D-Northport), one of five Democrats in the Senate who voted against the measure, said he "wasn't comfortable" with the legislation delegating "a lot of the details to the Department of Labor." He added that many of his constituents "wouldn't qualify for it."

A Long Island Republican lawmaker who opposed the measure expressed fear that the benefit would cause immigrants in the country illegally to flock to New York.

"My concerns is that we’re going to see a flood of immigrants who are coming across our southern border heading directly to New York State thinking they will receive a check for $15,000," State Sen. Phil Boyle (R-Bay Shore) said in an interview.

"What I’m saying is they may not know it now, but the word spreads rapidly," Boyle said. "Rumors spread. I’m not saying they’re coming to the U.S. for these checks. But they will get to New York."

"I am the author of this bill," Ramos said. "This is a bill borne out of the necessity of my neighbors. This program is not a stimulus by definition. What this is is an income replacement program."

She added, "The whole point is to recognize the loss of income and compensate [undocumented workers] for hardships endured during the pandemic," though she said others may qualify. "Strictly talking about undocumented New Yorkers, they’ve been contributing $1.4 billion in taxes — income, property and sales taxes."

Ramos said the top financial payout of the fund — $15,600 — was only a portion of what eligible unemployed workers received from unemployment benefits over the past year.

An analysis by the Fiscal Policy Institute said a New York worker who was unemployed throughout the pandemic year and received the average weekly benefit would have received $34,000 between April 2020 and April 2021.

"I think it’s a really important move to be able to help the individual workers and their families, but also to help the communities where they live at a time where everyone’s been hit so hard by the pandemic and the economic downturn," said David Dyssegaard Kallick, deputy director of the Fiscal Policy Institute.

Nadia Marin-Molina, co-executive director of the National Day Labor Organizing Network, which has an office in Freeport, said while the $2.1 billion was less than the $3.5 billion advocates sought, it was at a "level that is significant."

Marin-Molina was concerned, though, that some people might not be able to access the fund if they don't have certain kinds of documents, such as pay stubs. She said many undocumented workers are paid in cash, but she and Ramos noted New York courts have allowed nontraditional forms of documentation.

"We’ll be monitoring to make sure implementation is as accessible as it really needs to be," Marin-Molina said.