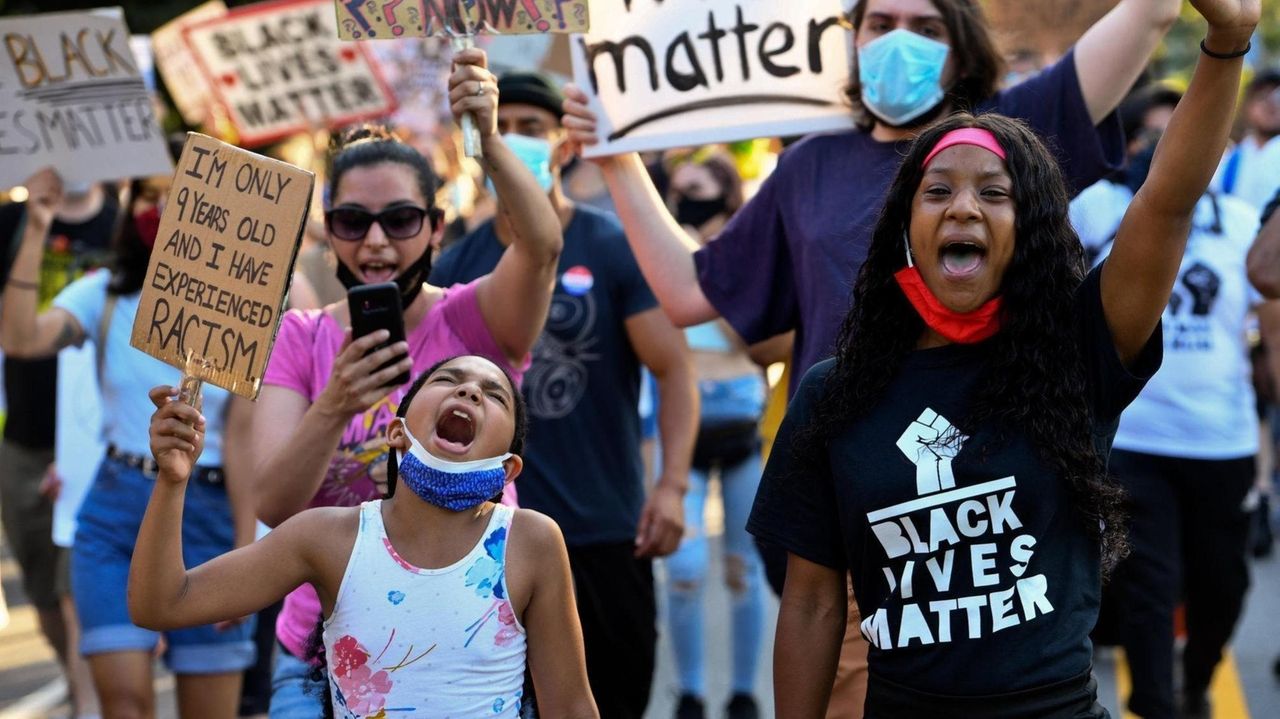 About 80 protesters rallied Tuesday afternoon at the main Garden City LIRR station, speaking out against police brutality but also in opposition to a recent village decision to leave a Nassau group seeking affordable housing.

Tiandre Tuosto, 25, of West Hempstead, charged with disorderly conduct after a June 12 East Meadow protest over police brutality, organized Tuesday's demonstration and said it was important to target an area like Garden City that is affluent and predominantly white.

Tuosto and others at the LIRR station protest criticized the Garden City Village Board's May 28 unanimous vote to leave the Nassau County Urban Consortium at the end of September, the same month a federal court order mandating the village’s participation in the group expires.

Other critics have blasted the decision to leave the consortium — a group of county municipalities seeking public funding for affordable housing efforts — as evidence of a reluctance by the board to promote racial diversity in a village that is 92% white.

Garden City Mayor Theresa Trouvé did not respond to an email for comment Tuesday afternoon.

The majority of the demonstrators Tuesday were white. Sarah Goldberg, 33 of Elmont, who is black, said having allies who are white is the only way major social change will occur.

“We can’t change a system that is not ours,” she said. “We can only rely on the people who created the system to change it. It’s 100 percent important for them to be our allies.”

Protesters also spoke about George Floyd, whose death last month sparked nationwide protests after a Minneapolis police officer was filmed kneeling on his neck for nearly 9 minutes. The group planned to march through a nearby residential area before returning to the LIRR station, organizers said.

Lori Zeno, 59,  an attorney, attended the protest and represents a case that has garnered national attention. She said her client  is the man seen on video being placed in a chokehold by an NYPD officer Sunday in Rockaway Beach. The officer has since been placed on leave without pay.

Zeno, who spoke at the rally about her client’s case, told demonstrators that Garden City has been insulated and inhospitable to people of color.

“We need to pop the bubble,” she said. “For those of you who are here as Garden City residents, we have to be the ones to stand up and say, ‘if you’re black or brown — welcome.' "