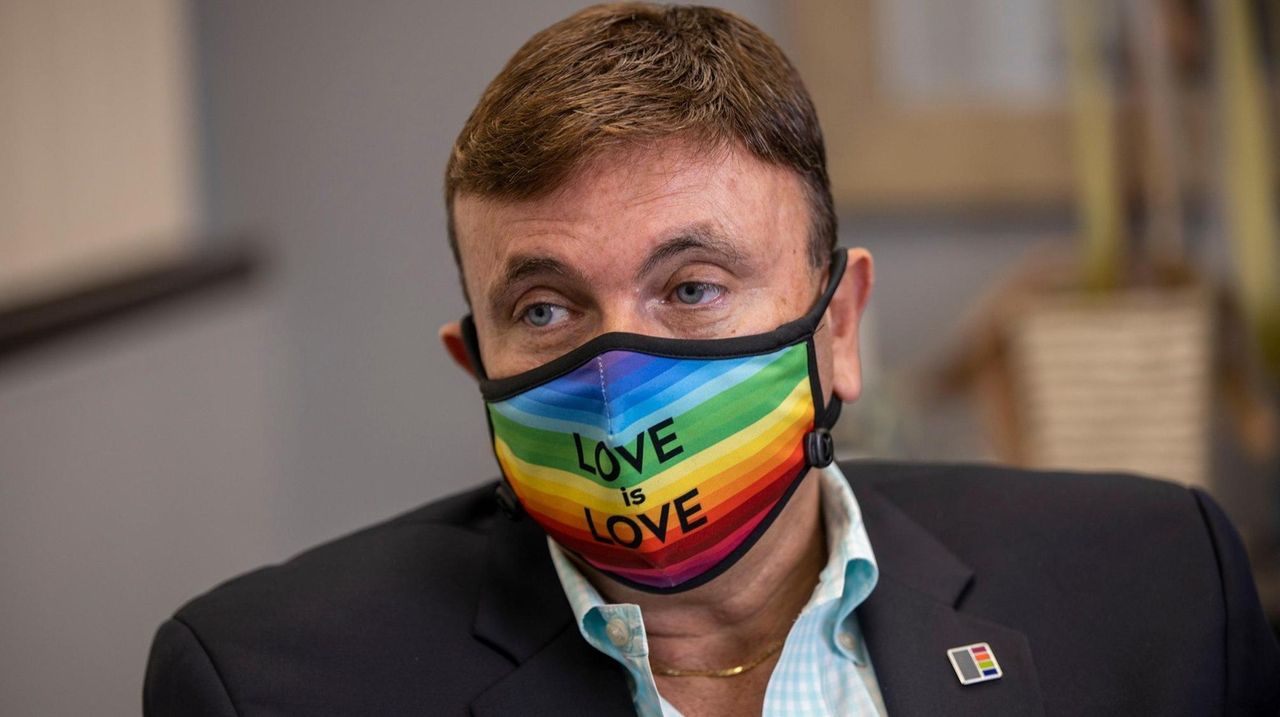 Pope Francis' endorsement of civil unions for gay couples was seen by some as a promising "step forward" that signaled broader inclusion in the Catholic Church, even if his comments didn't change church doctrine forbidding same-sex marriage.

"I think the pope saying that LGBT couples need to be part of the family and not excluded is a major step forward for the church, the Catholic Church," said David Kilmnick, founder and chief executive of the Hauppauge-based LGBT Network.

"For so long the Catholic Church has been the source of pain" for the LGBT community, Kilmnick said, with many being "told they were immoral. This is a step forward. Not a final step. Civil unions are not equal to marriage" but "we can cheer and celebrate, to some degree."

He said the pope's statement in the documentary, "Francesco," which premiered Wednesday at the Rome Film Festival, was "the Catholic Church's strongest stance for inclusion of LGBT people." But, he added, "it's not quite there yet, as it relates to belonging."

E.J. Lopez, of Rocky Point, said: "I'm gay and I'm married." But as a former Catholic who left the church about 20 years ago, Lopez said he wasn't personally moved by the pope's comments. While Lopez acknowledged that the pope's remark "does move the needle," he remained skeptical of its impact, saying Francis' views might not coincide with many others in the church.

In one of his interviews in the film, Francis said: "Homosexual people have the right to be in a family. They are children of God." He added, "What we have to have is a civil union law; that way they are legally covered."

Nicholas Coppola said of the pope: "I was definitely encouraged in a way that I can't describe."

Coppola's marriage to David Crespo in 2012 — "a year after marriage equality passed in New York" — led to his ouster the following year from volunteer duties in an Oceanside parish in the Diocese of Rockville Centre, he said.

"Maybe we're on the cusp of a change," Coppola continued. "The fact that [the pope] is willing to acknowledge our relationships, respecting them is really what matters."

Coppola moved to Delray Beach, Florida, four years ago, where he said he now attends a nondenominational church that ministers largely to disaffected Catholics, many of them gay.

"I’m still a Catholic," Coppola said. "They may be able to take the ministry away, but they can’t take my faith. I still have a great love for the Catholic Church. They do great things. We should love them locally. It’s the hierarchy that we have the problem — the bishops and the cardinals — the old guard. Pope Francis is shaking them up."

Francis' statement would be embraced by some in the church, such as young Catholics, who "completely assume the goodness of their LGBTIQ friends," while furthering tensions among others, said Julie E. Byrne, a professor of religion at Hofstra University who holds the Monsignor Thomas J. Hartman Chair in Catholic Studies.

"So this is not a move on opening sacramental marriage to same-sex couples," she said. "To change the doctrine and catechism and canons would take a lot longer, perhaps longer than Pope Francis will be pope. He’s cutting through all that to say something welcoming. I think a lot of people will appreciate that."

Kenneth Heino of Valley Stream said he and his fiance, Albert Hernandez, both practicing Catholics, have been engaged for seven years, yearning to marry in the church.

"We have faith and are hoping that the church changes," Heino said. He figures they will wait only another year or two.

In the meantime, he said, the pope's comments give "LGBT Catholics hope … for the pope to endorse civil unions, I think, is a great step."

Pfizer board member: Likely no COVID-19 shot for kids under 5 until at least late March
PSEG puts its plan to offer $1,000 vaccine incentive on hold
Infrastructure improvements, COVID-19 boost LIRR on-time record
1:26
The school year began with rising hopes of a new normal. Then omicron hit.
Hochul seeking to speed casino licensing with eye on downstate
COVID cases continue to decline on LI — but what about risk?
Didn’t find what you were looking for?