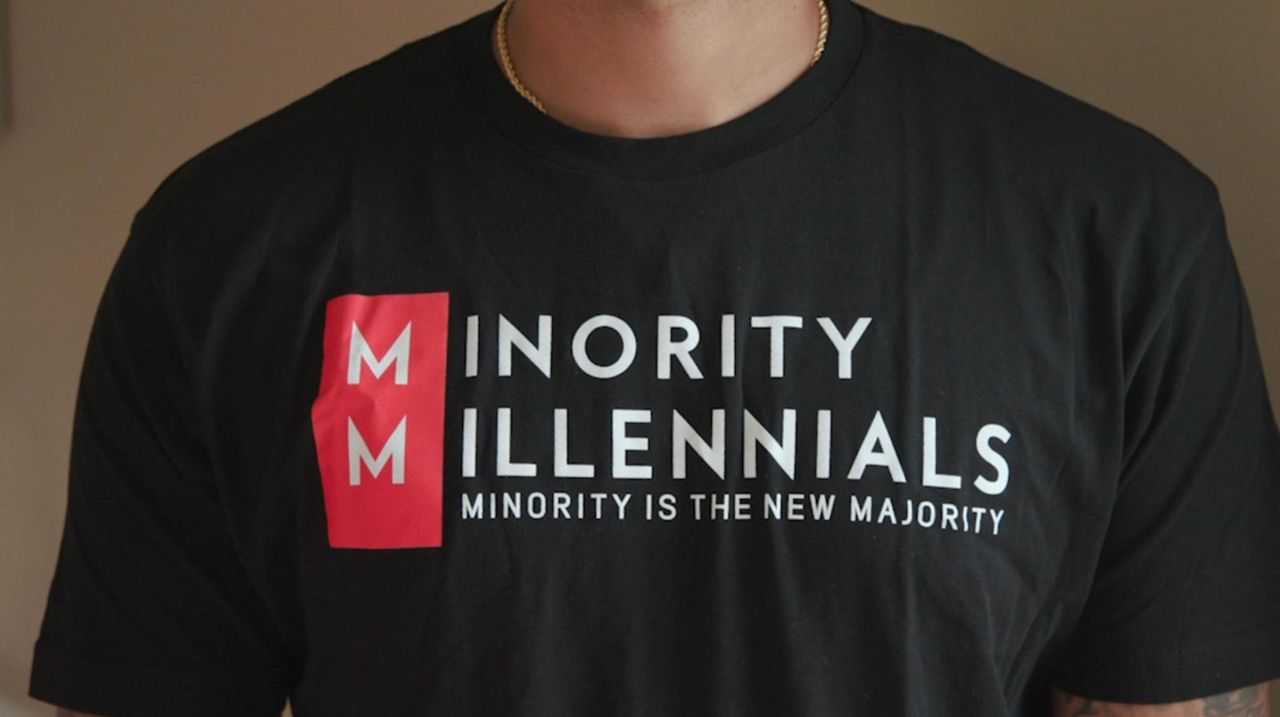 Several community leaders, aiming to tap into the Gen Z and millennial generations’ activism over racial justice issues, have planned a social media campaign focused on the importance of the 2020 census to under-resourced communities where minorities live. Credit: Kendall Rodriguez

Seeking to tap into the activism exhibited by many young adult minorities who marched this summer for racial justice, community leaders want to redirect them to participate in the 2020 census through a social media campaign.

The #OurLivesCount campaign seeks to help move people from protest to action, said business consultant Erika Hill, owner of Vision Street Research in Baldwin. The campaign's focus is on minority Gen Z and millennials, to make sure they are counted in the 2020 census.

Daniel Lloyd, founder and president of Amityville-based nonprofit Minority Millennials, has partnered with Hill and Jacob Dixon of Roosevelt, founder of Choice for All, a nonprofit focused on youth and families — all millennials — on the campaign being featured on social media through Friday.

The Black Lives Matter movement — given new urgency this summer after the killing of a Black man, George Floyd, by a white Minneapolis police officer — and the COVID-19 pandemic has "awakened them in a crucial time," Lloyd said of young people.

The campaign is reaching out to Blacks and Latinos who are 18 to 35 through Facebook, Instagram and other platforms with live performances and webinars that talk about the importance of the census, amid a concern that minority communities traditionally have been undercounted.

The reason is simple: The once-a-decade census count affects the distribution of $1.5 trillion in federal funding that annually flows to states for education, health, transportation and many other programs. The census count also affects each state's congressional apportionment. New York lost two congressional seats after the 2010 census, and now has 27 representatives.

"New York State is one of 10 states at risk of being undercounted and losing a congressional seat" after the 2020 census, Hill, 39, said.

As the U.S. Census Bureau goes door-knocking on the homes of people who haven't responded to the census — something it will do until Sept. 30 — New York's self-response rate to the census was 60.4% as of Tuesday, below the national rate of 64.5%. Nassau County, meanwhile, continues to have the highest self-response rate of all of New York's 62 counties, at 71%. Suffolk's rate was 64.3%. But several communities in both counties with large populations of Blacks and Latinos have much lower self-response rates.

"I come from one of the hard-to-count communities," said Dixon, 33, citing Roosevelt, where census tracts showed response rates of 53% to 56%. "I’m a former special education teacher and community organizer. I knew how federal dollars were impacting services and resources in our schools."

Cayla McMillian,  20, a student at John Jay College of Criminal Justice who is interning at Hill's firm, said she collects the self-response rates in hard-to-count communities such as Roosevelt, where she lives, for the census campaign. When she compares Roosevelt's rates to the rates in nearby Merrick, a predominantly white community where census self-response rates were more than 75% in some census tracts, she saw differences.

McMillian said in Roosevelt "our roads are not that good. The schools need funding. When you see Merrick … they’re getting the books, iPads in schools."

Hill said while some Black Lives Matter protesters felt "defeated" because they didn't "see the change immediately, there are other things you can do incrementally … Filling out the census is one way to fight for your representation, and then voting is yet another way."

The #OurLivesCount campaign is part of Long Island's Complete Count Committee efforts that are coordinated by the Health and Welfare Council of Long Island. Rebecca Sanin, president and chief executive of the council, said in an email: "I applaud this social media campaign particularly because when you look at our current response rates community by community, we see that communities of color continue to be undercounted which will result in inequitable distribution of funding."

Survey says: Omicron delays employers' back-to-office plans
Barge off Long Beach surveys best route for wind-powered cable
Omicron: On the front lines
Forecast: Rain, then snow for morning commuters
Seniors Calendar: Events from Jan. 23 to Jan. 30
A community comes together to 'put food in the fridge that people will actually eat'
Didn’t find what you were looking for?