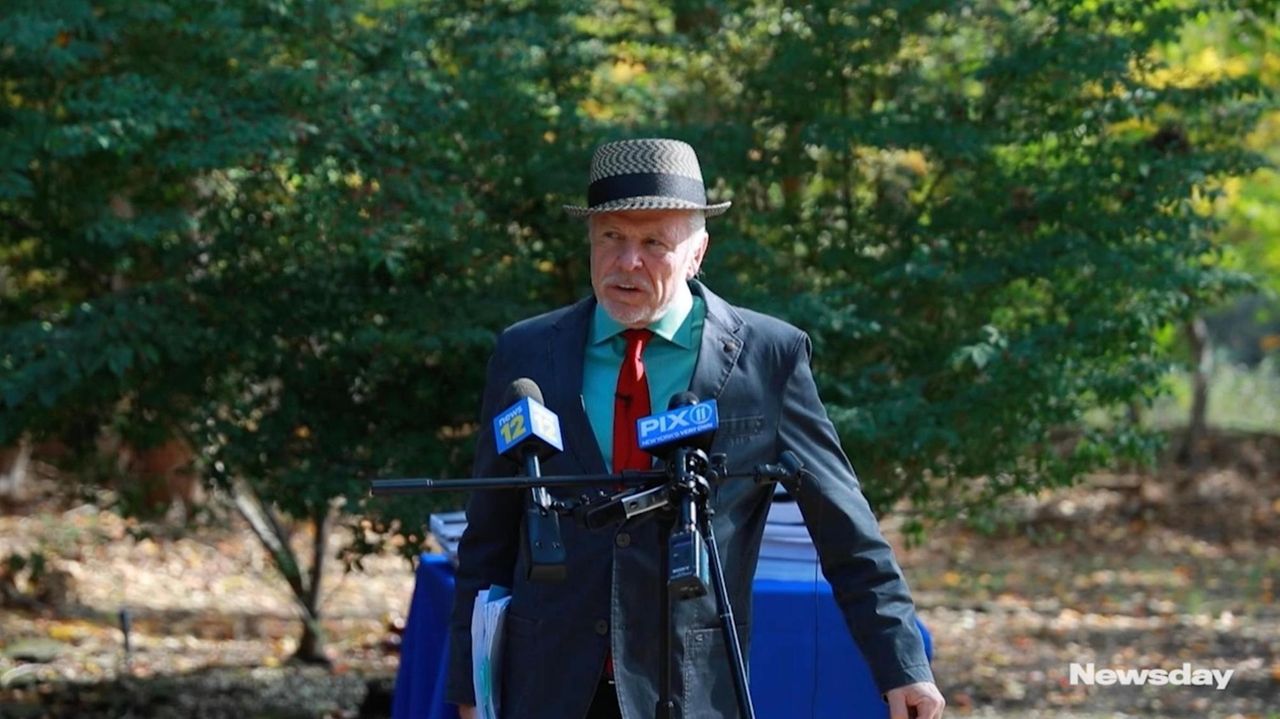 The attorney for the family in the Shannan Gilbert case, John Ray, spoke at a news conference in Miller Place on Thursday about releasing to the public a transcript of the the 911 call made by Gilbert before she disappeared.  Credit: Newsday / Raychel Brightman

The attorney representing the estate of a woman whose 2010 disappearance led to the discovery of multiple human remains near Gilgo Beach filed a motion Thursday seeking to make public 911 calls made the day she vanished.

"Those tapes are shocking," attorney John Ray said at a news conference outside his Miller Place office Thursday. "Those tapes will be very disturbing to the public, if and when the court allows me to release the tapes."

Ray, who represents the estate of Shannan Gilbert, won a decadelong legal fight earlier this year to access the 911 calls made by Gilbert and Oak Beach residents. A state appellate court ordered the Suffolk County Police Department to turn over recordings and transcripts of the 911 calls as part of a lawsuit against one of the last men who saw her in Oak Beach before she disappeared.

But while the court allowed Ray access to the calls, it restricted the lawyer from publicly releasing the contents of the recordings.

Ray, in his motion filed in state Supreme Court in Riverhead, argued that past public disclosures in the case have "engendered enormous factual and circumstantial new evidence from the public and from the media" and said "no arguable harm" would come to the investigation if the recordings are made public.

"SCPD has made it clear that it has not had a desire to gather more evidence as to Shannan Gilbert, and has not in any event advanced its case to an arrest stage as to her disappearance or death," Ray wrote in his motion. "Indeed SCPD has itself turned to the public by releasing evidence to the media in the investigation."

The Suffolk police have long argued the release of the recordings would interfere with its homicide investigation into the still unsolved killings of 10 people, including a child, whose bodies were found near Gilgo, Oak and other beaches.

The police department said in a statement Thursday: "The Suffolk County Police Department released to John Ray the recording of the 911 call made by Shannan Gilbert per a judge's order and is barred from making the recording public based upon that decision. New York State law prohibits the release of 911 calls."

The discovery of human remains along Ocean Parkway began with the search for Gilbert, who was reported missing in May 2010. The county medical examiner listed her cause of death as undetermined and investigators said previously they believed Gilbert’s death was accidental and not connected to the killings. But an independent autopsy performed at the behest of her family in 2016 suggested she may have been strangled.

Suffolk County Police Commissioner Geraldine Hart, who has sought to energize the investigation in January by releasing evidence to the public in hopes of receiving new information, said then that she wasn't ruling out the possibility that Gilbert was a victim in the case.

"She is one of 11 bodies found in the same circumstances — most of those bodies are also sex workers," Ray said Thursday. "And we are to say, ‘Oh, that’s just a coincidence.’ How absurd is that?"