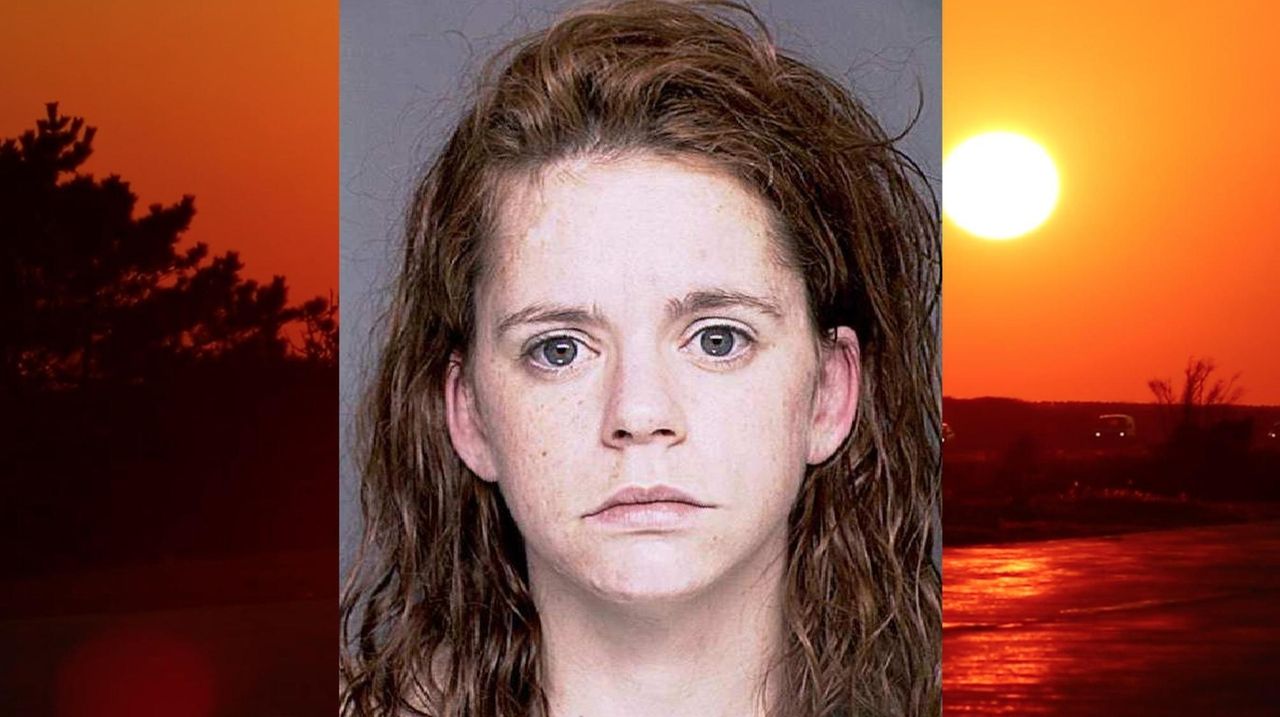 In a major development, Suffolk County Police Department revealed the name of a woman whose remains were found on Gilgo Beach in 2011 and in Manorville in 2000. Until now, Valerie Mack had only been known as "Jane Doe No. 6.” Watch Steve Langford’s report. Credit: Newsday / Chris Ware

Suffolk County police Thursday revealed the identity of a woman whose remains were found in Manorville and then, 11 years later, near Gilgo Beach, as an escort who went missing two decades ago — a major break in the mystery behind at least 10 sets of human remains found in the Gilgo Beach area.

"Jane Doe No. 6," as she had been known, is Valerie Mack, 24, who had been working in Philadelphia when she disappeared, police said. Mack, who sometimes used the alias "Melissa Taylor," was positively identified through genetic genealogy, a new DNA technology.

Mack's family members told investigators they last saw her in the spring or summer of 2000 in the area of Port Republic, New Jersey, but she was not reported missing to police. It is not known what brought her to Long Island or if she had connections to the area, police said.

Suffolk Police Commissioner Geraldine Hart said the department’s use of genetic genealogy to identify Mack is believed to be the first time the DNA technology was used in a police investigation in New York State.

“Valerie Mack’s identification represents progress in this investigation, but there is much work left to do,” Hart said Thursday. “As detectives continue to relentlessly pursue leads related to her murder, we ask members of the public, friends, family and associates of Valerie Mack to provide whatever information they have about her and the circumstances which may have led to her death."

Former New York City chief medical examiner Michael Baden said the identification of Mack is important because it opens up a fresh avenue of investigation: "It is a big enough deal to follow up and see who [her] friends were and who her customers were."

Working with the FBI, investigators compared a raw DNA data file from Mack with a publicly available genealogy website, which produced a familial match to Mack's aunt — one of seven of her mother's sisters, Hart said.

Investigators spoke with the aunt, who led them to Mack's adoptive family and then to Mack's son, who is now in his late 20s, Hart said.

"Through the son, we were able to positively identify that Jane Doe Number Six is in fact Valerie Mack," Hart said.

A woman who identified herself as Mack's mother, reached by telephone at her New Jersey home, declined to comment Thursday.

Hart said Mack's family, particularly her son, were "very thankful" to find out her fate.

"They were very thankful," Hart said. "It's obviously not the outcome they were hoping for, but the idea of not knowing, and I think particularly with her son ... not knowing about his mother, and if ... she had left or she had met some foul play, did bring him some comfort, did bring the family comfort and it was very meaningful to our investigators."

Mack's remains were found by hunters near a Manorville sump discharge basin on Nov. 19, 2000, in a heavily wooded area about a half-mile west of Halsey Manor Road and north of the Long Island Expressway, police have said. But it wasn't until police found other parts of her body off Ocean Parkway, east of Cedar Beach, on April 4, 2011, that her killing was linked to the other Gilgo Beach victims.

Hart also said Thursday that investigators have found no link between Mack and the four killings of women, suspected to be the work of a serial killer, in the Atlantic City, New Jersey area. Hart said her department has been in contact with law enforcement in New Jersey as recently as this year regarding possible connections.

"At this time, we do not have a link to those two investigations, but we continue our conversations," Hart said.

The skeletal remains of an unidentified toddler were discovered the same day as Mack's remains and within the same area. Police have said the toddler, who was believed to be a girl although police said the child’s sex was undetermined, was about 2 years old at the time of death. Police have said previously that another victim in the case — Jane Doe No. 3, whose torso was found in Hempstead Lake State Park in 1997 and other body parts at Jones Beach State Park in 2011 — was the mother of the 2-year-old. The mother has not been positively identified but is known as "Peaches" because of a tattoo of the fruit on her body.

Also found that day — but farther east from Jane Doe No. 6 and the toddler — were the remains of an Asian man dressed in women’s clothing. He was believed to be between the ages of 17 and 23 when he died, stood about 5 feet 6 inches, and had what the department described as “poor dental health.” Police believed he died between five and 10 years before his body was discovered.

Hart said investigators are continuing to try to identify the remains of two other Suffolk County Gilgo victims who remain unidentified, but she said there were “additional challenges” in that effort, citing the "degraded" condition of the DNA samples.

But, the commissioner said, "We're not going to give up on that."

Mack didn't have an easy life, according to police. She was born July 2, 1976 in Elizabeth, New Jersey and her biological parents put her up for adoption as an infant. Her first adoptive parents died by the time she was in middle school. She went into foster care and her foster care parents subsequently adopted her.

She gave birth to her son when she was a senior in high school, and soon after she became a mother, she got addicted to drugs, police said. She and the father of her son, who had lived together in Port Republic, New Jersey, soon broke up. She moved to Philadelphia, but visited her ex-boyfriend and their son, whom he had custody of, "occasionally," police said.

Hart said she was arrested three times in Philadelphia on prostitution charges.

Hart has sought to kick-start the Gilgo Beach murder investigation, which over the years has been plagued by law enforcement infighting.

In January, Hart released an image of a black leather belt believed to have been handled by a potential suspect in the killings. The belt, which is embossed with the letters "WH" or "HM," was found about nine years ago at one of the crime scenes along the parkway, Hart said then at a news conference at police headquarters in Yaphank.

Calling the belt "a significant piece of evidence," Hart said she was optimistic it could help bring the department closer to identifying a suspect in the case.

Hart also launched a new website, gilgonews.com, meant to be a clearinghouse for information and tips in the unsolved case. Hart said investigators have received several tips through the website.

That announcement marked the first time in several years that police officials have spoken publicly about the investigation into what authorities have described as one or more serial killers disposing of bodies along a desolate stretch of brush.

Hart also revealed in January that the police department had sent DNA samples from the unidentified victims to the FBI for genetic genealogy analysis.

The state earlier this year gave Suffolk investigators — for the first time in New York — the green light to use the FBI to bypass state restrictions on the use of the technology.

Hart said then the belt did not belong to any of the victims, but said it was "handled by the suspect." She declined to comment on the exact location where it was discovered.

Three years after the first body parts of Mack were discovered in Manorville, the torso of 20-year-old Jessica Taylor was found in July 2003 by a woman walking her dog near Halsey Manor Road and the Long Island Expressway, police said.

Other parts of Jessica Taylor's body were found in the dense brush off Ocean Parkway in the Gilgo Beach area on March 29, 2011.

Despite Mack's use of an alias to police in at least one of her prostitution arrests, Hart said police had found no link between the women.

Besides Mack and Jessica Taylor, eight other sets of remains were found between December 2010 and April 2011 in the Gilgo Beach area.

The identification announcement comes on the heels of the release of 911 recordings from May 1, 2010, when Shannan Gilbert, a Jersey City sex worker, went missing near Oak Beach. Gilbert's disappearance set off a search that resulted in police ultimately discovering the bodies.

Investigators had said previously they believed Gilbert's death was accidental and not connected to the killings, but an independent autopsy performed by Baden at the behest of her family concluded she may have been strangled. Hart said in January she wasn't ruling out the possibility of Gilbert as a victim in the case.

Filmmaker Josh Zeman, whose eight-part documentary series “The Killing Season” examined the Gilgo Beach killings as well as other apparent serial killings of sex workers in Atlantic City and Daytona Beach, Florida, said the fact that Mack was last seen in New Jersey is an “interesting connection.”

"Jane Doe #6" finally has a real name — Valerie MackShe was last living in New Jersey when she disappeared, but after her name was long a mystery, she was positively identified Thursday. Technique to ID Gilgo victim hailed as a breakthroughThe Suffolk police commissioner and others say the use of the genetic genealogy to ID Valerie Mack is an important new investigative tool. More Gilgo Beach investigation coverage