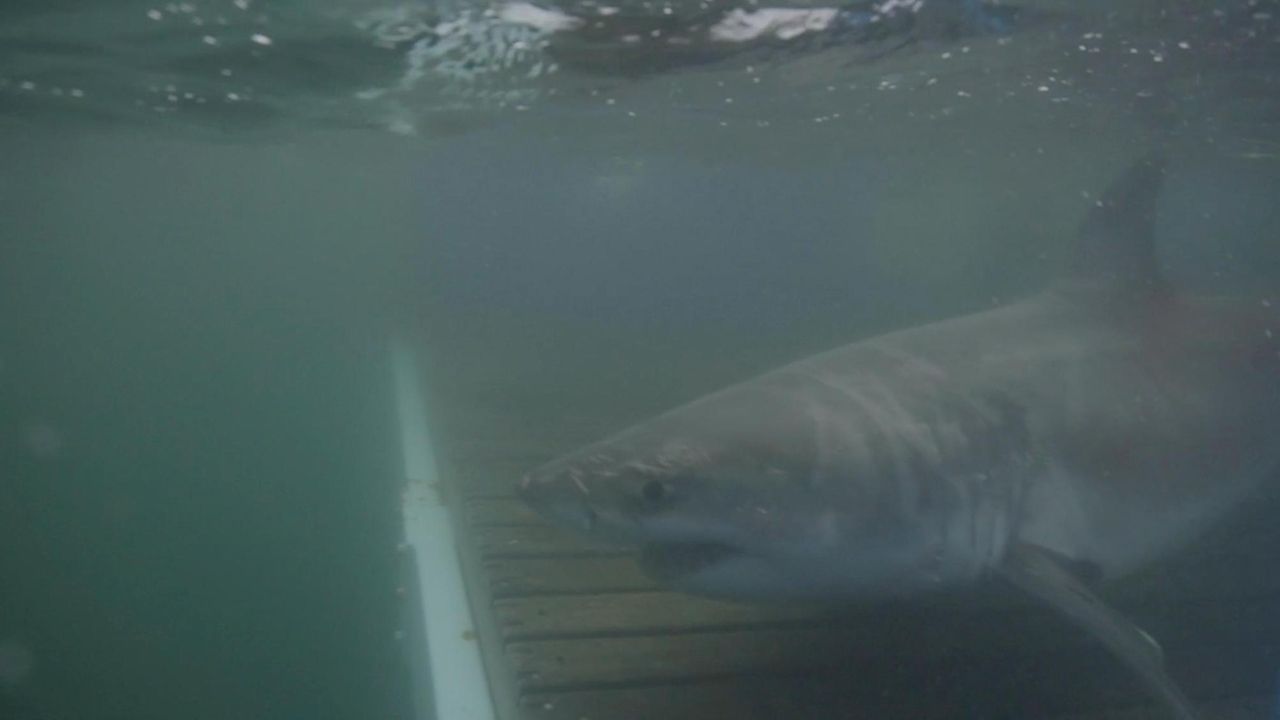 Cabot the great white shark has headed out to sea, due east, based on the most recent electronic ping from the tracking device attached to him, according to the shark-tracking group OCEARCH. Credit: Newsday / Shelby Knowles; OCEARCH

Cabot the great white shark has headed out to sea, due east, based on the most recent electronic ping from the tracking device attached to him, according to the shark-tracking group OCEARCH.

While OCEARCH can't say for sure just where the 9-foot-8, 500-plus-pound great white was Thursday morning, it seems fairly certain he's no longer in the Long Island Sound — or in any of the waters off Long Island.

OCEARCH says Cabot is gone from the Sound off Greenwich, Connecticut, where he pinged Monday, and now is most likely south of Nantucket and Martha's Vineyard. At least that's what the latest ping, registered at 6:46 p.m. Wednesday, indicates, according to the Twitter account registered to the shark — @GWSharkCabot — and the OCEARCH website.

OCEARCH founder Chris Fischer did not immediately answer a request for comment Thursday.

The Hartford Courant reported Fischer said Cabot had likely been off Long Island in search of menhaden, more commonly known as bunker, then likely wandered into the Sound looking for whales and seals, which have been known to appear in those waters. Likely, Fischer said, Cabot has since moved north up the East Coast following food sources. Eventually, Cabot is expected to show up again off Nova Scotia — where he was first tagged back in 2018.

Yes, at LI beaches, you're swimming with sharksShark attacks are rare, and they are not telling of normal shark behavior, a researcher says. Great white shark tracked in waters off HamptonsMarine experts say that while it's not unheard of for great whites to enter Long Island Sound, the presence of one is rare.