And one even disagreed with himself.

Malverne Mel saw his shadow, calling for six more weeks of winter. Holtsville Hal, on the other paw, did not see his shadow, predicting an early spring.

Their more famous relative, Punxsutawney Phil, agreed with Mel while perched on a stump in his home state of Pennsylvania. Staten Island Chuck went the way of Hal. 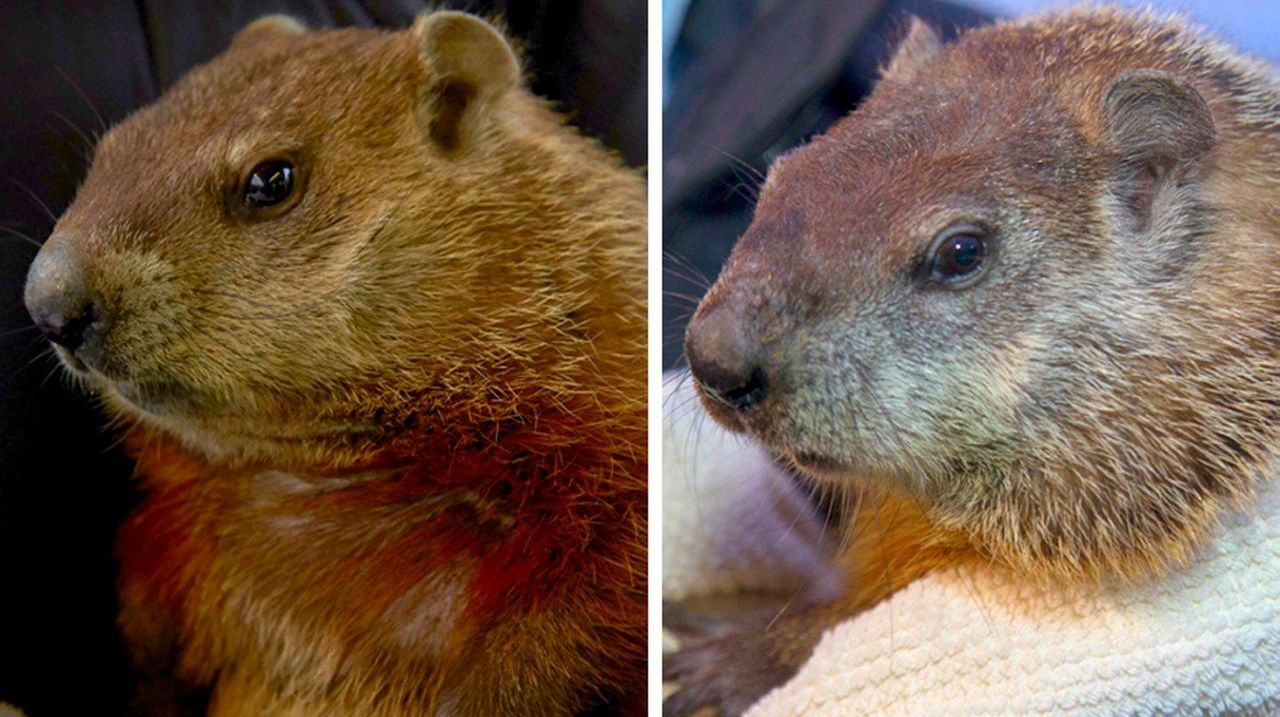 Later, the animal who stepped in as Mel headed out to the Quogue Public Library, where he made a second prediction — this time under his real name, Brian.

Brian did not see his shadow, indicating an early spring, just as Holtsville Hal did in making his 22nd annual prognostication at the Brookhaven Wildlife and Ecology Center in Holtsville.

This year’s Malverne ceremony was relocated from the Church Street gazebo due to concerns about winter weather. Instead, about 100 people packed into a greenhouse building a half-mile away at Crossroads Farm at Grossmann’s.

“We’re not really happy about the outcome, but it was fun,” Sanchez said.

Maeve Schumacher, 8, begged her mother to take her this year. They were unable to attend last year and she said she wanted to see a groundhog in person.

“I love animals,” she said. “It was fascinating.”

Nassau County Executive Laura Curran was among the local officials who stopped by to see what Mel would predict.

“It’s such a treat to be here, it’s my very very first time,” Curran said. “I’m pushing for an early spring but it’s up to the rodent.”

“No more plowing, no more snow,” she said to applause from the crowd.

This year’s Malverne groundhog, Brian, lives at the Save the Animals Rescue Foundation in Middle Island, where he was treated for raccoon roundworm after he was found in July 2016. Although he has recovered, Brian was left with brain damage from the parasite, which makes him unable to return to the wild.

“Brian was kind enough to come here this morning to help us out,” said Malverne Mayor Patricia McDonald. It’s the 23rd year the village has held the ceremony.

There’s a new groundhog in town. Well, sort of.For Malverne Mel, this Groundhog Day is about to mimic the Bill Murray film of the same name. Did Punxsutawney Phil see his shadow?Every Groundhog Day weather-predicting rodents get their moment in the sun (or not), taking on a big question.