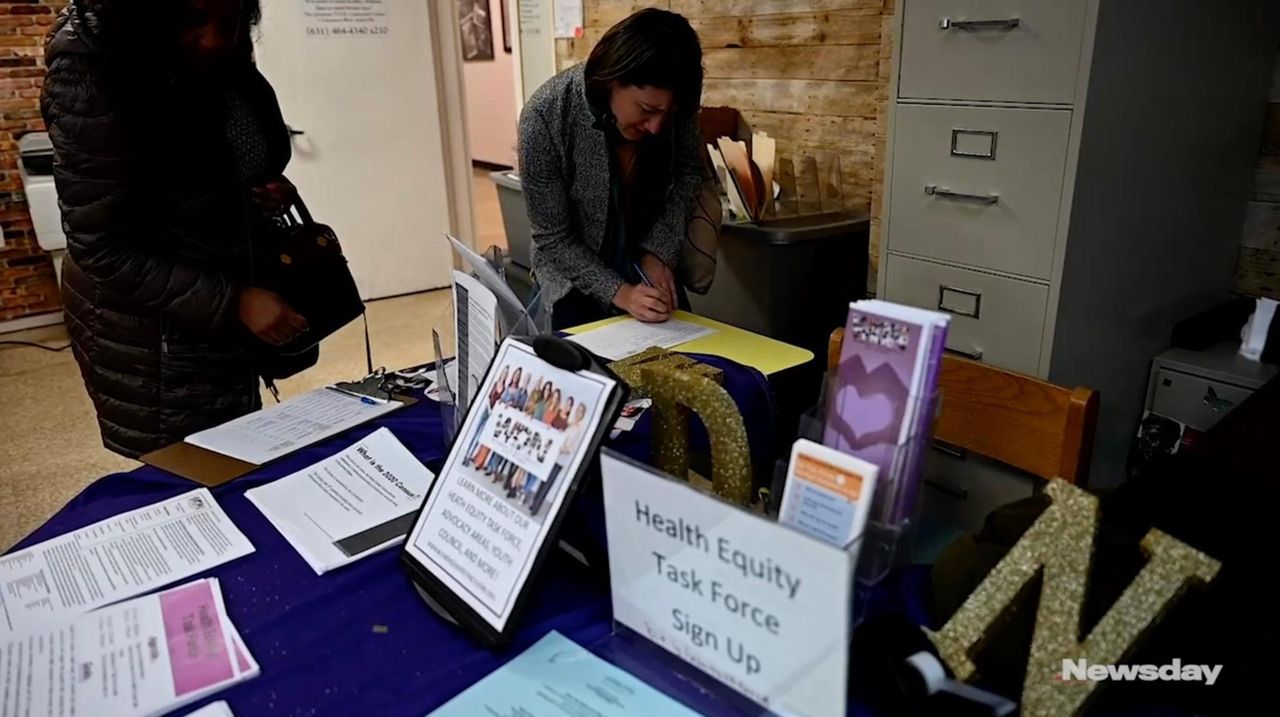 Aggressive action is needed to bring down black infant and maternal mortality rates that are far higher than the white rates, activists said Saturday during the launch of the Health Equity Task Force of Long Island.

“If the people in power are not going to do it, then we have the power to be able to make this happen,” said Martine Hackett, an associate professor of public health at Hofstra University and co-founder of Birth Justice Warriors, an education and advocacy group that works on infant and maternal mortality.

Hackett and others who spoke at a Babylon Town human services center in Amityville singled out Nassau County for lagging behind Suffolk County, New York City, Westchester County and other locales in addressing the issues. She said Nassau officials have expressed concern about racial disparities in infant and maternal mortality, the latter of which is the pregnancy or childbirth-related death of a woman. But that talk has not led to action, she said.

Andrea Ault-Brutus, director of health equity for Nassau, said in an interview that since she began her position in November, infant and maternal mortality have been among her top priorities, and she has been working with community groups, meeting with black women and learning about best practices from Suffolk, New York City and elsewhere.

Infant and maternal mortality will be the initial focus of the task force, which includes several nonprofits as well as Suffolk County and Babylon Town agencies, said Shanequa Levin, CEO of the Women’s Diversity Network, which convened the task force. The group’s purview will then expand to address larger issues of health disparities and inequity, she said.

Among the task force’s outreach activities will be meeting with government officials and candidates on health disparities — and holding them accountable — and holding community presentations to connect people with resources and find out residents’ concerns, she said.

“I hear from black women all the time that they have experienced racism, and disrespect, and implicit bias and microaggressions from their doctors,” she said. “They say no one listens to them.”

Implicit bias is a key reason for the disparate treatment of black women, said Janice Campbell, coordinator of the lactation resource center at Mount Sinai South Nassau Hospital in Oceanside and a registered nurse.

For example, a health care professional may unconsciously assume that a pregnant black patient doesn’t have a husband and will not be as dedicated a mother — stereotypes that could lead to less empathy and compassion, Campbell said.

Research shows that minorities receive inferior health care even when controlled for income, education and insurance status, said Adesuwa Watson, a health analyst with the Office of Minority Health of Suffolk’s Department of Health Services.

SOURCE: New York State Department of Health. Statistics are for 2014-16 and are the latest available.