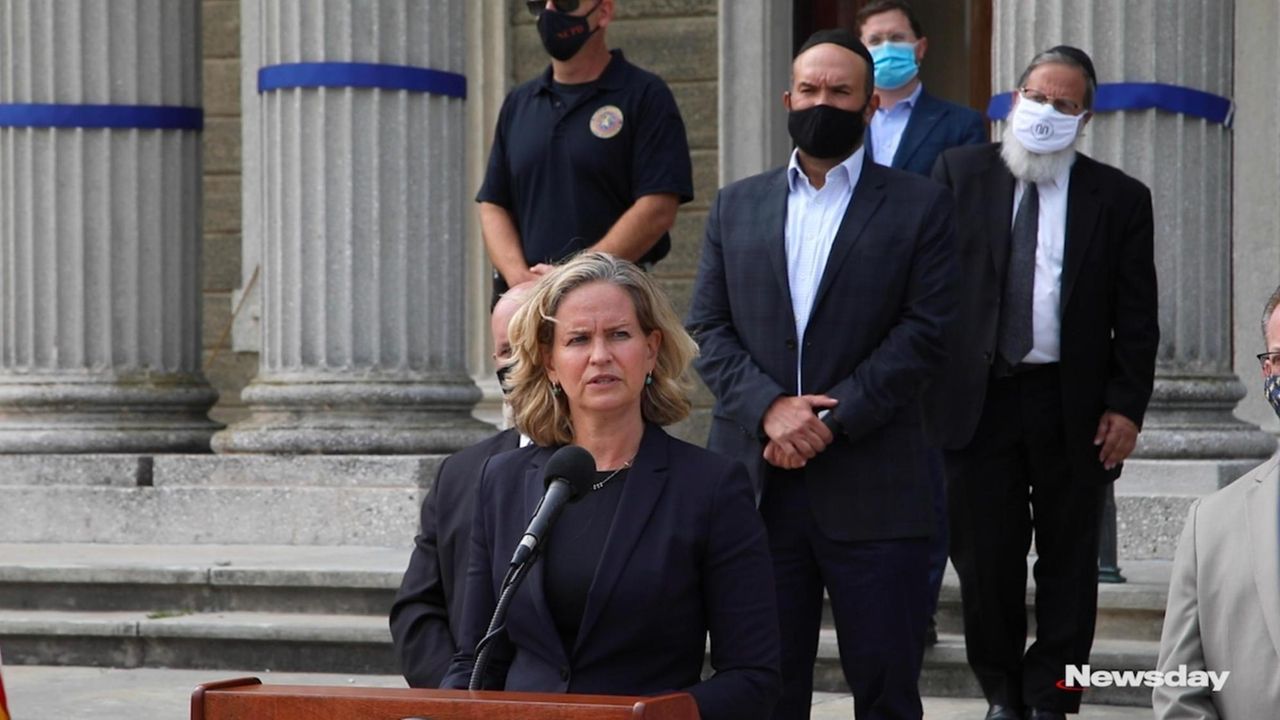 Police in Nassau and Suffolk counties said Wednesday they are increasing security at synagogues across Long Island as the holiest time of the year in the Jewish faith begins — with the added complication of the coronavirus pandemic.

Many synagogues will be holding services for Rosh Hashanah and Yom Kippur outdoors because of the pandemic, which will hopefully decrease potential spread of the virus but also make congregants less protected, officials said.

"This year it is going to be different," Nassau County Police Commissioner Patrick Ryder said at a news conference. "A lot of the services are going to be outdoors, which again makes them more vulnerable."

He added: "So we are going to make sure that we have the extra resources that are out there that are on patrol."

Both Ryder and the Suffolk County Police said they do not know of any credible threats currently against synagogues on Long Island.

"While we have been consumed with COVID, we have to be very vigilant in making sure that we don’t have any room for hate in our community, any room for intolerance, or any room for the violence that hate does breed," Curran said.

Suffolk County Executive Steve Bellone said: "While there has been an increase in hate crimes in communities throughout the nation, residents can be assured that the Suffolk County Police Department will be increasing patrols around houses of worship to help ensure the safety of those celebrating the Jewish New Year."

The Suffolk department runs a program called "Safety in the Sanctuary," which trains congregants and religious leaders on how to react in the event of an attack such as an active shooter.

The department also said people should call 911 if they see suspicious activity.

He said there are 682 houses of worship in Nassau, including 209 that are Jewish. Long Island is home to about 100,000 adherents of Judaism, spread among Conservative, Reform and Orthodox, according to a 2010 analysis from the Association of Religion Data Archives.

Rabbi Mordechai Kamenetzky of the Yeshiva of the South Shore in Hewlett said the holy days will be imbued with unsettled feelings along with joy and introspection.

"The upcoming days are called the days of awe," he said. "They shouldn’t be the days of fear."