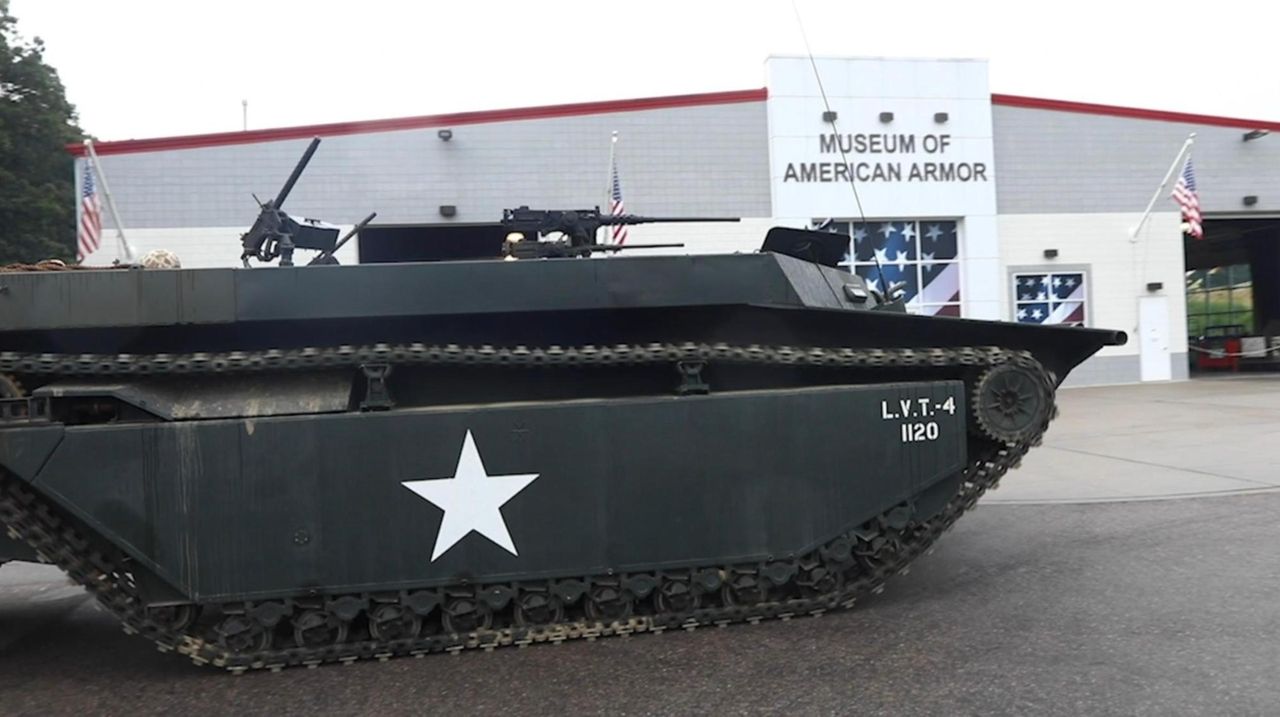 "The 75th anniversary of the bombing of Hiroshima gives, I think, everybody pause for thought. It's an anniversary that is still being debated by historians, as to whether or not nuclear weapons were appropriate," said Gary Lewi of the Museum of American Armor. Credit: Newsday / Chris Ware

It's been 75 years, but three World War II veterans had clear memories of the time they learned the United States had dropped the atomic bomb on Hiroshima, Japan, which killed tens of thousands of people.

Reflecting on it Thursday, during a program marking the 75th anniversary of the seismic event hosted on Zoom by the Museum of American Armor in Old Bethpage, the men recalled how they viewed the bombing shortly after it occurred, and their insights about its impact since.

Jerome Jacobson, 96, a retired optometrist who lives at the Bristal Assisted Living facility in White Plains in Westchester County, said: "I agreed that the bomb should be dropped. It saved a lot more lives than it destroyed, and it shortened the war."

Danny Mast, also 96, and a resident of the Bristal in White Plains, remembered the day well, saying he was on his way to Okinawa, Japan, after completing his tour of duty in Europe when the bombs were dropped, first on Hiroshima on Aug. 6, 1945, and then three days later on Nagasaki. More than 200,000 people were killed in the two bombings, not only in the initial blasts, but in the months after from burns, radiation sickness and other illnesses, according to historians.

"My ship turned around," Mast said. "We had a great big party" and sailed to New York and I was out of the service in four days. Mast had trained at Republic Airport and served in the Army Air Forces as a crew chief working on P-47 Thunderbolts that had been built on Long Island, according to information provided by the museum. Mast said the Japanese "weren't about to surrender. They kept fighting" before the bombs were unleashed.

But nuclear bombs shouldn't be used today, Mast said. "I'm opposed to the bomb because it will literally destroy the world. ... I've seen enough of Hiroshima and Nagasaki to know that's a good way to destroy the world." In the end, Mast said war should be avoided. "All it's going to mean is death."

Mast said he has been to Japan many times since the war, "10 times or more." His initial trips occurred soon after the war, he said. "Late '40s, '48-'49. It was still a mess. I was there on business and I had a lot of friends. It was like the war never happened, except for the destruction that you see, which was the same thing in Germany." He said the Japanese people were friendly to him on those early trips, and he said he has maintained friendships there.

During the war, James McHugh, 94, was a gunner on a B-29 bomber based on the Pacific island of Tinian and flew over 20 combat missions over Japan, and was awarded the Purple Heart for wounds he received, officials said. But McHugh, who now lives at the Bristal Assisted Living facility in Lake Grove, said: I wasn't involved with Hiroshima and Nagasaki."

But at the time, when he and his crew heard about the bombings, the impact on the people — then his country's enemies — were not top of mind. "We didn't think of them," McHugh said. "It was erased out of our mind."

Jacobson, who was a bombardier who flew 35 missions in the European Theater of Operations, said even with his experience, the bomb's toll was beyond his comprehension. "I was totally surprised. As a bombardier, I couldn't understand what the atom bomb was."

But Jacobson harbors no guilt about the U.S. decision to drop the nuclear bombs on Japan. He said he wouldn't have had a problem accepting such a bombing assignment if it had come his way. The reason? "Because I'm involved in a war, which we're trying to put an end to. And I think at that particular time in history, any of the equipment that we had was being used. ... Not knowing the exact results of what's going to take place, I think I would've — you can't use the term happy — but I wouldn't have objected to have been part of that bomb crew. And I wouldn't have had any feelings of guilt — well, I don't think I would have had any feelings of guilt at the time, any more than I do now. I think it was necessary. It solved a problem and it ended the war."