ON Aug. 10, 1776, William Floyd of Mastic sat down in his room at Mary House's Philadelphia boarding house and wrote a worried and urgent letter. It is not known to whom he wrote, but apparently the letter was to someone in New York City. A week earlier, Floyd and others in the Continental Congress had provoked King George III by signing the Declaration of Independence.

"Have you heard anything from my family?" Floyd wrote. "Have any of our friends got off the Island with their families, or what must they submit to? Despotism or destruction, I fear, is their fate."

Here was a conservative Long Island landowner who had a lot to lose in a war with the British. But when it came time to take a stand in 1776, William Floyd signed the most revolutionary of documents. And he paid: His family was forced to evacuate Long Island for the duration of the war.

A religious man and a successful businessman, Floyd was regularly called to participate in state and national assemblies. Except for one year, he served in the Continental Congress from 1774 to 1783. Born Dec. 17, 1734, Floyd had little formal education. His father, a wealthy man, died when Floyd was 18, and his mother died soon after, so the son took over management of the estate. It was a large and prosperous operation, producing cattle, sheep, grain, flax and wood for export to New York City. With 14 adult slaves in addition to indentured servants, Floyd was one of the Island's largest slaveholders. 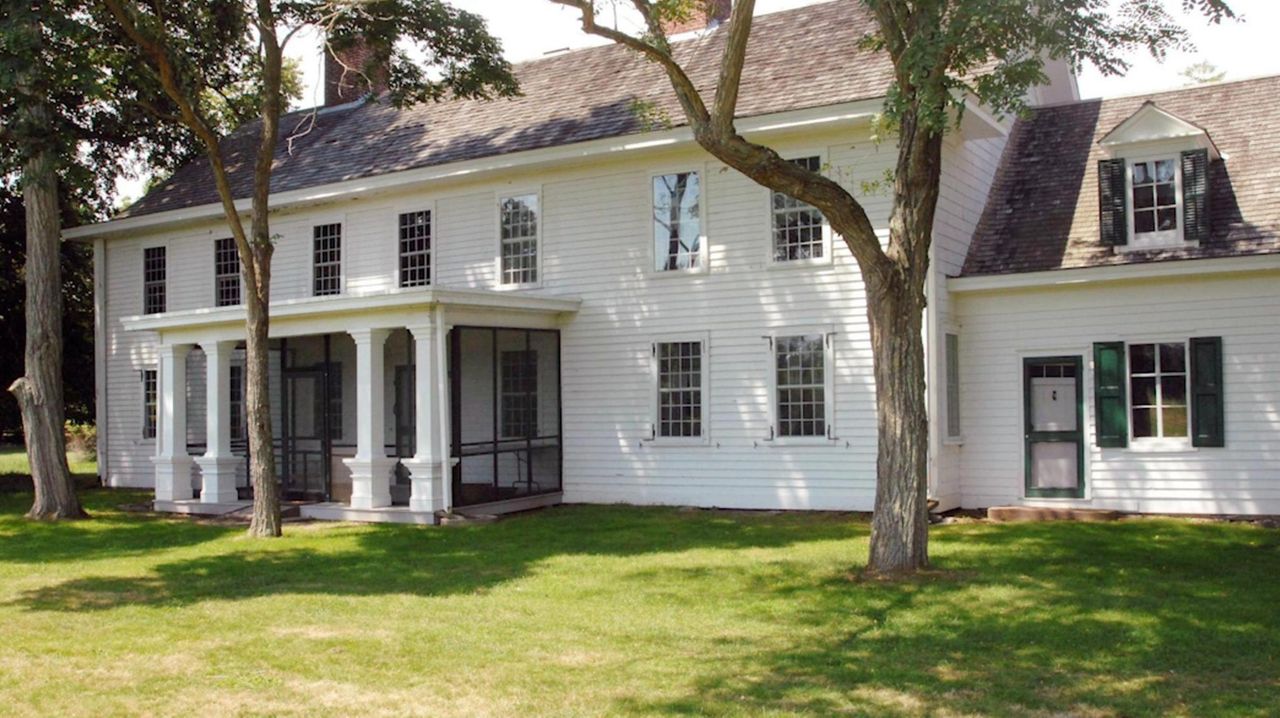 LI: Our Story / She broke the heart of a future president The marriage of James Madison and Kitty Floyd, daughter of a revolutionary Long Islander, was not to be. Credit: Newsday; Photos: Library of Congress, Fire Island National Seashore

His wife, Hannah, and their three children fled Mastic on a ship to Middletown, Conn., before the British occupiers moved down the Island. Although Mrs. Floyd often brought the children to live with Floyd in Philadelphia, she died unexpectedly in Connecticut in 1781.

In 1783, Floyd returned to Mastic. It has been part of the Floyd legend that occupying British troops did extensive damage to the house and property. But there is no evidence this is true, according to Steven Czarniecki of the National Park Service, which manages the historic site.

By history-book standards, Floyd was not a man of renown. Except for one thing: He was a "Signer," a mark of distinction held by only 55 other men.

FRANCIS LEWIS was a Welsh-born merchant who spent the first part of his adult life making money and the second part spending much of it to help foment a revolution.

His was a remarkably eventful life. In his 20s he was shipwrecked twice off the coast of Ireland while on business. Later, he was captured in upstate New York during the French and Indian War and jailed in France. And, most painfully, during the Revolutionary War his Whitestone country home was destroyed by the British and his wife was captured and made prisoner in a filthy room in New York.

Born in Llandaff, Wales, in 1713 and orphaned at age 5, Lewis was raised by relatives. At 21 he inherited some land, sold it and invested the proceeds. When he was 25 he came to America and went into business with a New York merchant named Edward Annesley, whose sister, Elizabeth, he later married. During the French and Indian War, Lewis got a contract to supply the British forces in northern New York State. While at Oswego in 1756, he was captured by the French and imprisoned in France, and later released.

Returning to New York, he resumed his business. By 1765, having accumulated a considerable fortune, Lewis purchased a 200-acre estate at Whitestone and retired.

However, Lewis was rapidly becoming a protester against British trade restrictions and tax policy, and he was on his way to becoming a rebel. He joined the Sons of Liberty, a secret society formed to protest the Stamp Act, and he poured his money into supporting this and other like-minded groups. In 1775 he was elected to the Second Continental Congress in Philadelphia, and he was there when the Declaration of Independence was signed on Aug. 2, 1776.

Lewis paid dearly for his boldness. British troops went to his Whitestone estate, arrested Elizabeth and destroyed the home -- Lewis himself probably would have been hanged if he had been there. His wife, in her late 50s and already in poor health, was freed after six months, but, physically devastated, she died two years later.

Lewis was about to take another familial hit. His only daughter, Ann, fell in love with a British naval officer. Infuriated, he refused to give his blessing. They married anyway, then sailed for England. One of his sons, Morgan, would become governor of New York in 1805, but Lewis would not live to see the inauguration.

When he died at age 89 in 1803, Lewis left only $15,000, and was buried in an unmarked grave in Trinity churchyard. Not poverty-stricken, but a long fall from the wealthy merchant of pre-Revolution days.

Never to Be Forgotten

EIGHT generations of Floyds lived at the William Floyd Estate in Mastic since Nicoll Floyd built the original six-room house on 4,000 acres in 1724. By the 1970s, all but 613 acres of the original land had been sold. Today, the estate contains the 25-room Old House, 12 outbuildings, forest, fields and marshland and a cemetery that includes the graves of some Floyd slaves. The grounds are open from 9:30 a.m. to dusk for cross-country skiing, hiking and bird watching. Guided tours are given in the summer.

Floyd and Lewis also had major roads named for them. The name William Floyd Parkway was given to a short, two-lane road running from the Smith Point Bridge to Montauk Highway in the Town of Brookhaven. Today, as a four-lane divided highway, it runs 17 miles from Smith Point north to Route 25A near East Shoreham. Francis Lewis Boulevard, originally Cross Island Boulevard, was renamed in the 1930s. Today it runs about 10 miles from Whitestone south to the Nassau County line near Valley Stream.