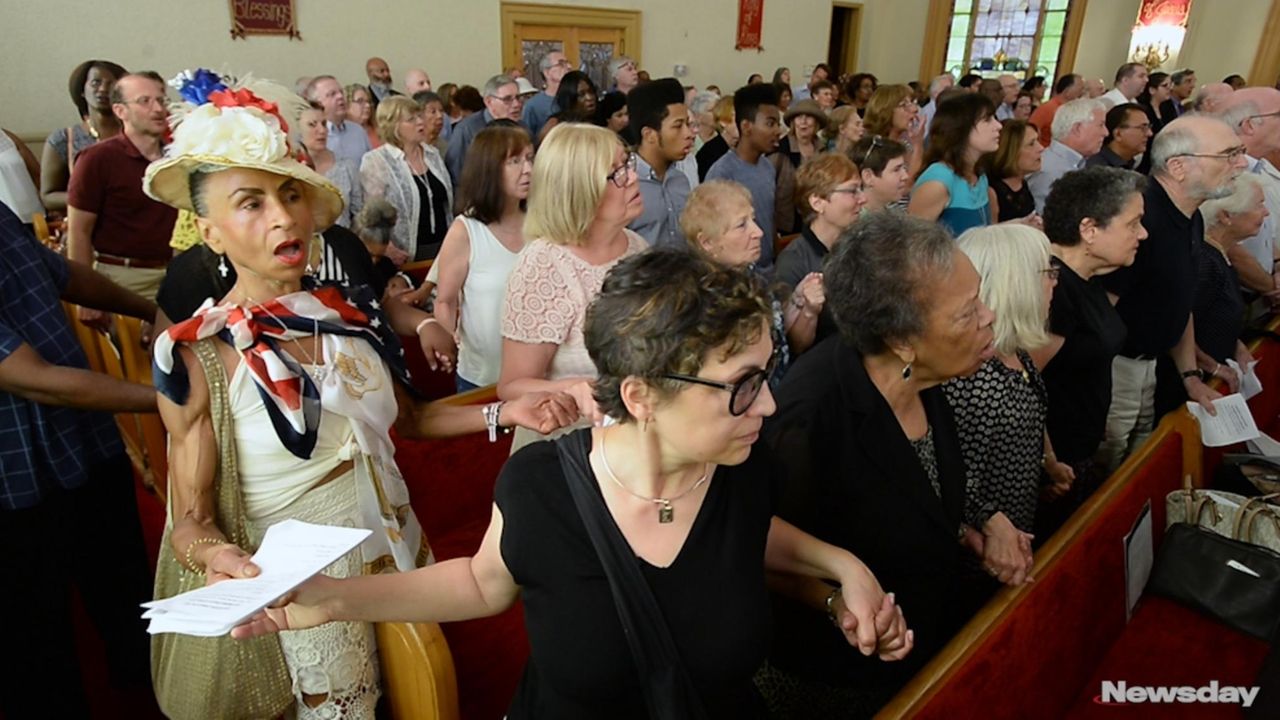 Hundreds of Long Islanders gathered at a prayer service and a vigil Sunday, Aug. 20, 2017, to reflect on recent events that have created a national dialogue on race relations. More than 150 people attended a community vigil at Bolden Mack Park in North Amityville; in Glen Cove, Rabbi Irwin Huberman, of Congregation Tifereth Israel, and Pastor Roger Williams led a service at First Baptist Church to reinforce the ideal that the town, as well as America, are based on unity and diversity. Credit: James Carbone, Steve Pfost

Hundreds of Long Islanders gathered in prayer and at a vigil to reflect on recent events that have intensified a national dialogue on race relations.

“Collectively as black people we are not doing enough in the movement,” organizer Shanequa Levin said. “Someone needs to step up: we need to be part of it.”

The vigil condemned racism and demonstrations like the one in Charlottesville, Virginia, in which a counterprotester to neo-Nazi demonstrators was killed.

“Statues of Stonewall Jackson and Robert E. Lee have nothing to do with Southern heritage,” said Bishop Andy Lewter of the Hollywood Baptist Cathedral, drawing cheers from the crowd. “They are symbols of [white] supremacy and the triumph of segregation in the South.”

Sisters Rosemarie Dearing, of Copiague, and Delores Quintyne, of North Amityville, moved from Charlottesville to Long Island in the 1960s and 1940s, respectively.

Both said they were horrified and shocked by the demonstrations and loss of life over racial tensions.

“We thought the KKK and white supremacists had gone underground,” Quintyne said. “I was surprised to see the number of people who came out for that racist march in our hometown.”

Her sister said it was “horribly, unbelievable, shocking,” to watch the events unfold from Long Island, but it was an important reminder that racism is insidious. 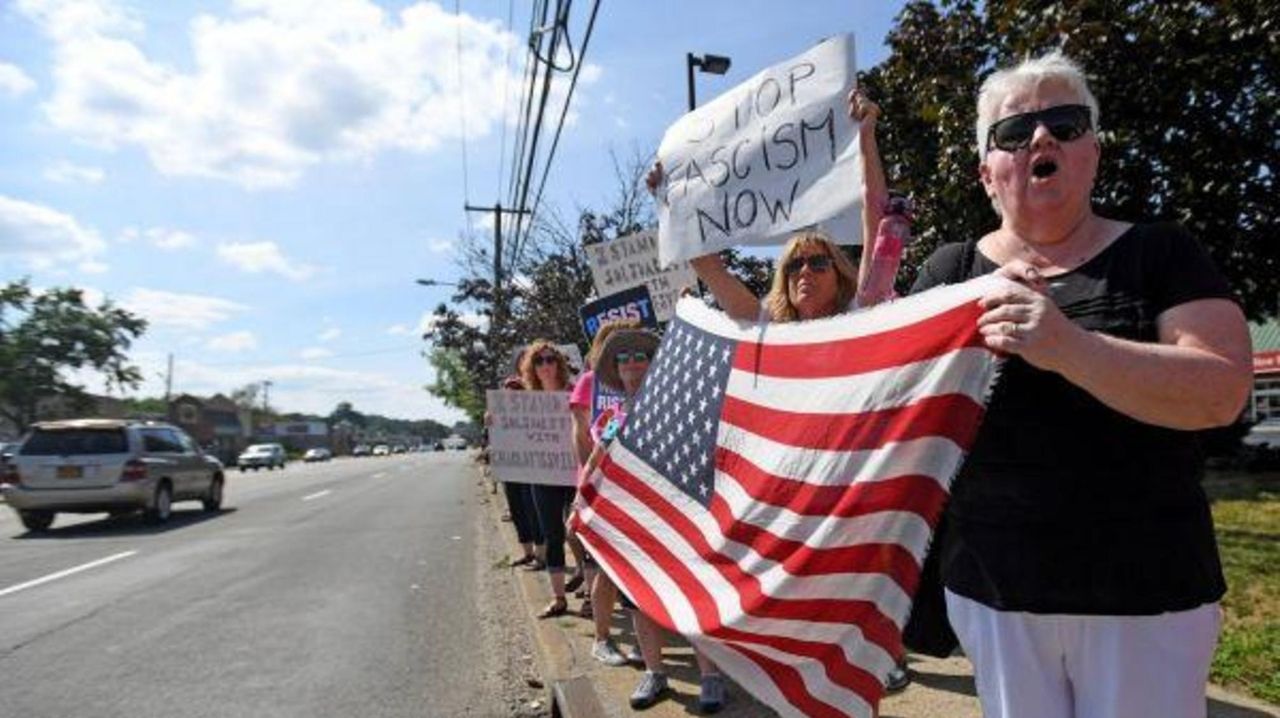 LI group ‘stands up’ against supremacism after Va. clashes More than 100 Long Islanders gathered in the hot sun Sunday afternoon, Aug. 13, 2017 in Huntington Station in support of the Charlottesville, Virginia, demonstrators who clashed with white supremacist and neo-Nazi organizations over the weekend. Passing motorists honked as the Long Island group wrapped around both sides of a busy intersection at Route 110 and Jericho Turnpike, chanting. Credit: Newsday / Thomas A. Ferrara

And in Glen Cove, every pew of the city’s First Baptist Church was filled at a Sunday interfaith service.

“There is beauty in our diversity . . . and we will not let anyone limit our understanding of what and who our neighbors truly are,” said Rabbi Irwin Huberman, of Congregation Tifereth Israel. “The world and this country are so much stronger when we stand together as one.”

More than a hundred people of different faiths joined hands, singing “We Shall Overcome,” a gospel song that was an anthem of the civil rights movement.

Religious leaders urged the community to work toward effecting change by not just gathering and exchanging inspirational words, but to commit to improving themselves and their communities.

The Rev. Juanita Lopez of Iglesia Ciudad de Refugio said that “each one of us as Americans has to commit.”

“We are here together because we want unity,” Lopez said. “We have talked a lot, but we have to do it.”

Congregants said that they were inspired by the service, which featured not only hymns but also a rendition of the national anthem, the Star Spangled Banner.

“It was so wonderful. I’ve never seen anything like this in 49 years in Glen Cove,” Watson said. “This was the greatest thing to happen on Sunday in Glen Cove.”

“It was a beautiful Sunday but that couldn’t match the spirit here,” Haber said. “It made me really feel like I belong in this country.”

Also on Sunday, Gov. Andrew M. Cuomo and a contingent of faith-based leaders, including some from Long Island, called for unity.

“While Washington wavers, New York stands strong. In the face of hate, we will not stand idly by,” the group said in statement.