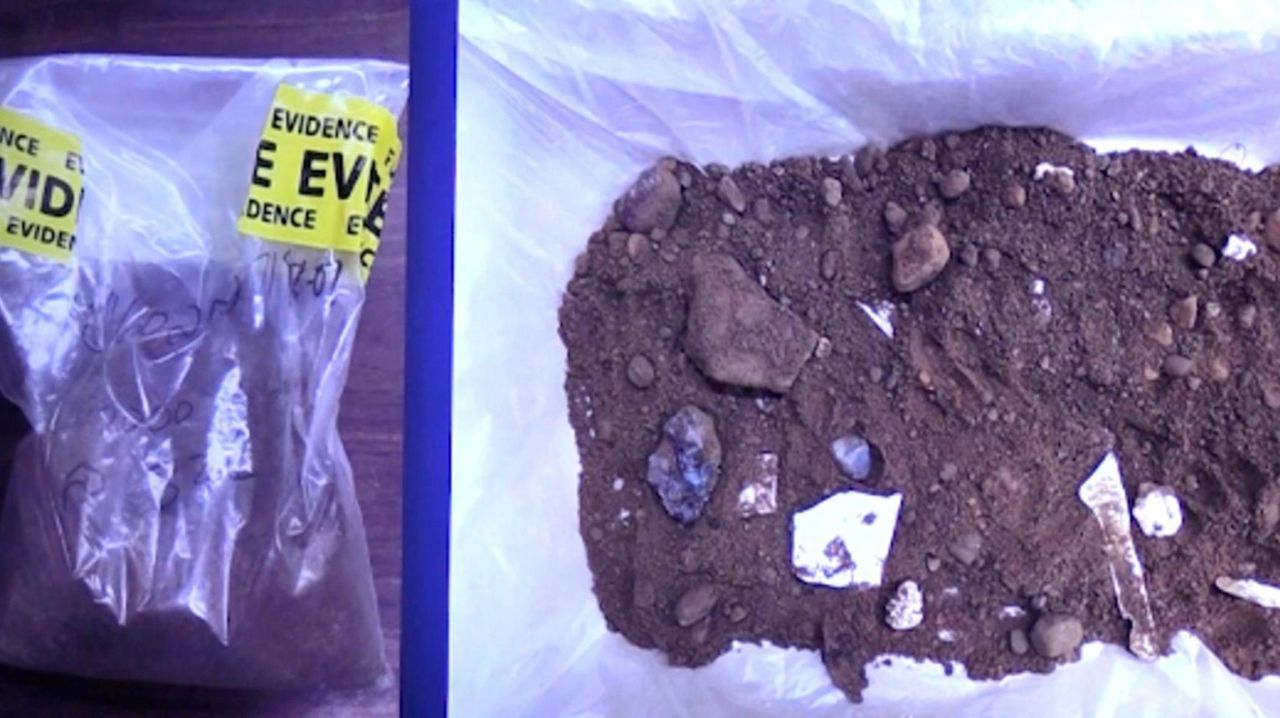 Suffolk District Attorney Timothy Sini on Monday announced an ongoing investigation into illegal dumping on Long Island now shows it is the largest such criminal operation ever in New York State. Prosecutors said the conspiracy resulted in thousands of cubic yards of often contaminated construction debris being dumped at businesses and in homeowners' yards. Credit: James Carbone

Long Island property owners who thought they were getting clean dirt fill instead got construction debris — some of it contaminated — in a conspiracy that investigators said is the largest such criminal operation in state history, Suffolk District Attorney Timothy Sini said Monday after new charges were filed in County Court.

The conspiracy, run by self-proclaimed dirt broker Anthony “Rock” Grazio, 53, of Smithtown, resulted in thousands of cubic yards of the debris being dumped at businesses and at the yards of homeowners responding to offers of clean fill for construction work, Assistant District Attorney Luigi Belcastro said in court.

The dirty fill included everything from demolition material at construction sites to dirt that reeked of diesel fuel and contained acutely hazardous material, he said.

“These people were deranged,” Sini said. “Children were unable to play in their backyards because of these defendants. Homeowners were unable to grow grass. This was a nightmare for those affected.”

Grazio is accused of conspiring with several trucking companies to deliver the contaminated fill. If convicted of the top count of second-degree criminal mischief, he faces 2 1/2 to 71/2 years in prison.

“They did this to save money,” Sini said of the 30 men and nine businesses charged in the 130-count indictment, which he dubbed Operation Pay Dirt after initial arrests were made in July. “And they did it at the expense of the health of our residents” in both Suffolk and Nassau counties.

Sini said the 39 defendants charged made it “undoubtedly the largest ever criminal case [of its type] in New York state history.”

Sini said most of those victimized lived in low-income neighborhoods, a fact he said was offensive. And the crime affects all Long Islanders, because all drinking water here comes from underground aquifers.

Belcastro and Sini said Grazio would advertise on Craigslist and elsewhere — including on signs nailed to utility poles — that he had cheap, clean fill. In some ads, he claimed it was certified as clean by the state Department of Environmental Conservation. He also provided to some customers a document purporting to be a report of chemical testing that showed the dirt was clean, according to the indictment.

But what Grazio had the trucking companies he conspired with deliver was anything but clean, Belcastro said. Sometimes it was construction debris from demolition companies in New York City. Sometimes it reeked of diesel fuel, and later testing showed some samples contaminated by volatile organic compounds, heavy metals and other toxic substances, Sini said.

The motive to do this was greed, prosecutors said. Instead of trucking such waste longer distances to certified dump sites and paying environmental fees, Belcastro said, defendants got rid of the waste cheaply. Other defendants paid Grazio a “finder’s fee” of $50 to $100 per truckload, Belcastro said.

Such waste ended up at 21 locations in Suffolk County and three in Nassau, Belcastro said. Seventeen of those locations were homes, he said. Six locations — four of them homes — had acutely hazardous material dumped there, he said.

Homeowners have had to pay for the removal of the contaminated fill, put their home improvement projects on hold and in some cases lost the use of their property, Belcastro said.

He asked Judge Timothy Mazzei to increase Grazio’s bail from a $177,000 bond posted after his July arrest to $250,000 cash or $500,000 bond. But Vlahamadis said Grazio has made all his court appearances since then and knew these charges were coming and did not flee. Mazzei agreed to let Grazio remain free on his existing bail.

Other defendants — some of whom were charged in July — include trucking companies, their owners, truck drivers and one of the demolition companies that was the source of Grazio’s material.

Attorneys for several of the trucking companies, their principals and the drivers said their clients and the trucking businesses believed they were dumping clean fill and had no reason to doubt or disprove documents certifying their loads as clean.

Defense attorney Nancy Bartling of Mineola said state law allows the fill to contain concrete, wood and other material. “The law allows for a 3 percent amount of waste to be in clean fill and still be legal,” she said.

Her clients, Carlos Melgar, his businesses IEV Trucking Corp. and D.J.C.I. Enterprises, and also Kris Trucking Corp. were accused of unloading material that stank of diesel at a Ridge home in April, but Bartling said prosecutors have not proved their allegations. “We’re going to hire experts to determine whether that was a diesel smell or not,” she said.

Attorney Joe Cozzo of Central Islip said investigators forced his client, Vito Fragola, out of business by seizing the assets of his New York Trucking and Carting Corp. He said authorities tracked the trucks and several times did not show up to stop the dumping until it was too late. “If you’re so concerned about the environment, why allow some of the customers to go through this?” Cozzo said.

At a news conference, Sini said wiretaps showed Grazio sought large properties on which to hide the dirty fill, and instructed his trucking conspirators to “hit it hard.” In one recording that Sini played, a voice Sini identified as Grazio’s said some material “smells — it stinks. I’m burying it.”

The same voice said later, “You have to cut corners to make money. The way the regulations are now, it’s [expletive] crazy.”

Sini said this showed Grazio’s intent was clear. “It costs more to do it properly,” Sini said. He warned homeowners, “If it sounds too good to be true, it probably is.”

CORRECTION: The number of individual defendants charged in the indictment was incorrect in an earlier version of this story due to incorrect information from the district attorney's office.