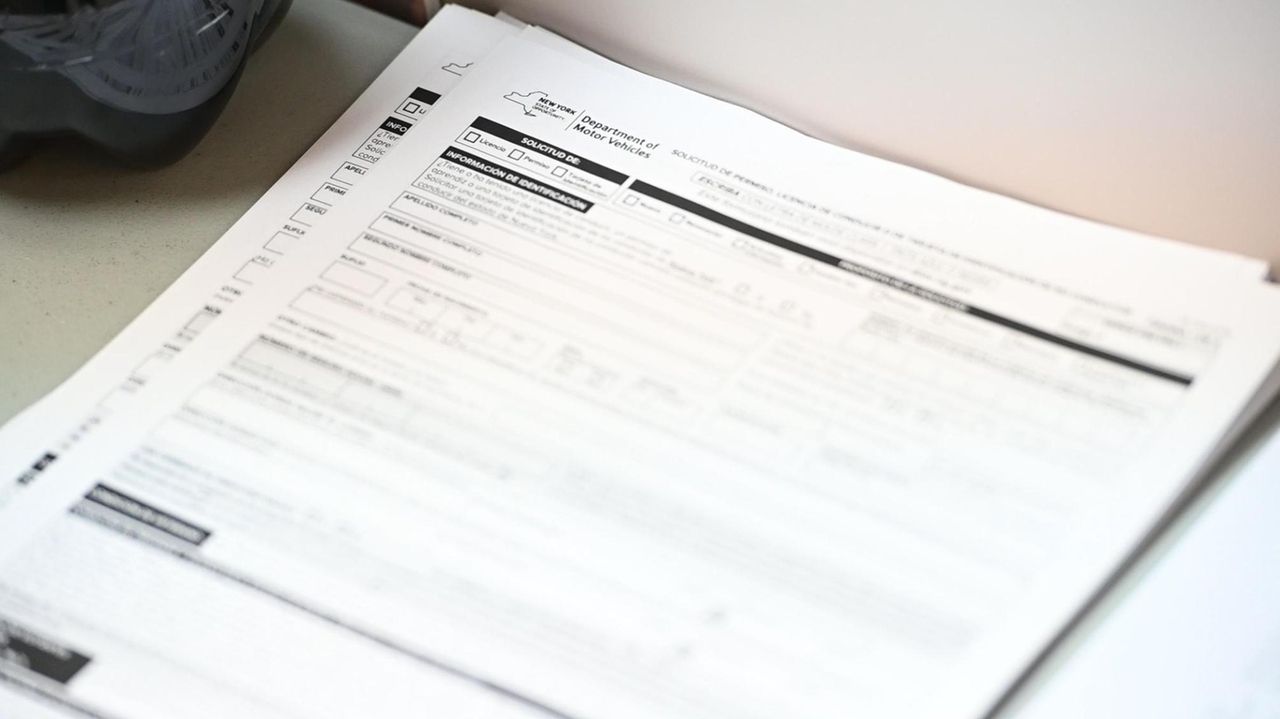 Calverton resident Blanca Char spent a year preparing for her driver’s license, poring over a study guide after New York State authorities started talking seriously about giving those in the country illegally the right to drive.

So, after the Guatemalan immigrant spent seven hours this week in Riverhead's Department of Motor Vehicle office before walking out with her driver’s permit, she was overwhelmed with joy.

Other immigrants in the office applauded and congratulated her.

The scene was similar in packed DMV offices across Long Island this week after the so-called Green Light Law went into effect Monday. Immigrants, sometimes complete strangers, clapped, hugged, and even cried as applicants successfully obtained their permits.

On Wednesday, for the third straight day, large crowds of immigrants swamped motor vehicle offices. The lines were smaller than Monday and Tuesday, when they snaked along the outside of the offices, but even so, hundreds crowded into many Island DMVs on Wednesday.

It was a watershed moment for the immigrant population on Long Island, many from Central America. After nearly three years of the Trump administration's anti-immigrant rhetoric, getting a New York State driver's license had many feeling relieved, triumphant, and accepted.

“This is a big moment for the community,” said Patrick Young of the New York Immigration Coalition, especially since transportation is a major issue for them.

“New York State is making an effort to counter some of the harshly negative initiatives of the Trump administration,” he said. “This counters the sense of abandonment that people have had for the last 2 1/2 years."

Not everyone was in a celebratory mood when discussing the law this week. Opponents on Long Island contend that immigrants in the country illegally do not deserve the right to drive. Giving them driver's licenses will simply encourage more immigrants to come to the United States illegally, according to some opposing the law.

“I find it absurd and hypocritical to give Illegals who are lawbreakers licenses,” said William Mahoney, 60, of Levittown. “Especially from a Democratic governor when Democrats are impeaching the president because no one is above the law.”

Advocates contend the move will benefit everyone, since the new drivers will have to pass written and driving exams, pay insurance, and register their vehicles. They will also be less likely to leave the scene of an accident, advocates said.

Some 15 states have now given people in the United States illegally the right to drive, with New Jersey becoming the latest Monday.

On Wednesday night, about 50 immigrants gathered in the Brentwood offices of the advocacy group Make the Road New York to get information about applying for a driver's license and avoiding pitfalls.

Organizer Eliana Fernández said one challenge is assuring the immigrants that the information they give the DMV will not be shared with federal immigration authorities and lead to their deportation.

Another challenge is explaining the point system the DMV uses for immigrants to confirm their identity.

“For a lot of them, it is confusing how it works, “ Fernández said.

Sepa Mujer has started advising people to try to make appointments online or call the DMV offices rather than just showing up and waiting in long lines.

The Patchogue nonprofit also wants to counter the misperception among many immigrants that there are a limited number of licenses handed out and they must rush to the DMV to get one. There is no limit.

In Riverhead on Wednesday, Luis Yanza, 38, an immigrant here illegally from Ecuador, said he took the written test on Tuesday but failed.

Yanza said he went home and studied from 5 p.m. until 1 a.m. He returned to the office Wednesday, took the test again, and passed.

Now, he said in Spanish, “I can drive more calmly. Before we could not even move around.”