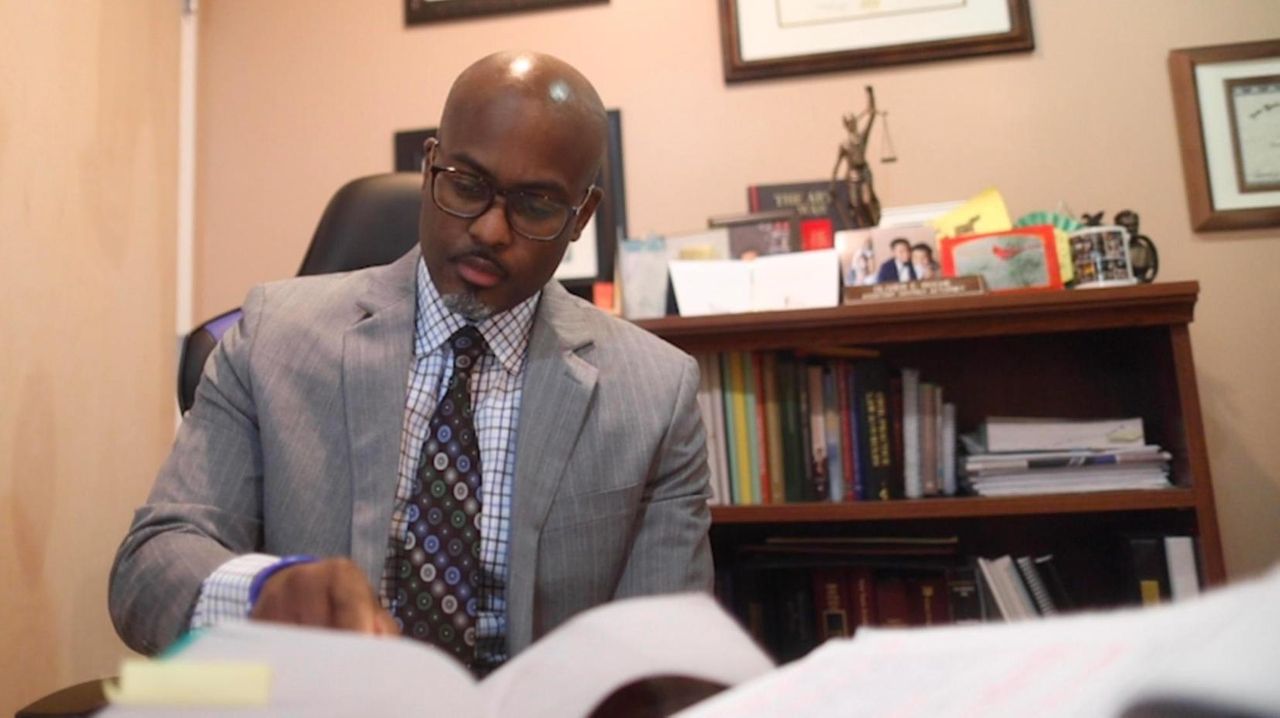 Experts weigh in on what changes to Trump immigration policies are likely under the Biden administration. Credit: Newsday / Steve Pfost

Veteran Long Island immigration attorneys say a cascade of rule changes initiated by President Donald Trump, hamstrung their abilities to defend their clients and resulted in the most challenging and frustrating years of their careers.

When President-elect Joe Biden is inaugurated Wednesday, lawyers say they are hopeful the new administration will implement a more compassionate approach, pivoting away from Trump policies and practices they say demonized immigrants.

"Being an immigration attorney under the Trump administration, you obviously felt the pain, the frustration, the aggravation, of your clients," said Olivier Roche, whose practice is based in Lake Grove. "By and large, what they did, was create an environment throughout the past four years, to really undermine the principles of refugee protection and the open-door immigration policy in this country."

Roche, who defends clients seeking asylum, said changes over the summer "cut at the knees" who could be granted asylum.

Officials with the Department of Justice and the Department of Homeland Security in June limited asylum claims, the legal defense for immigrants fleeing their countries because of persecution based on their nationality, religion, political beliefs, race or membership to a particular social group. The changes broadened the legal grounds on which judges could limit asylum claims, including immigrants fleeing gang violence or women fleeing domestic abuse. Such claims could be rejected without a hearing, experts said.

On Jan. 8, a U.S. District judge blocked the regulations from taking effect.

"A lot of immigrant families have suffered needlessly under Trump," said George Terezakis, a Mineola-based attorney. Terezakis, who has practiced on Long Island for more than three decades, pointed to the asylum regulations, but also Trump’s zero-tolerance policy, which targeted for deportation anyone who is living in the country illegally, even if they had no criminal background or it was limited to nonviolent offenses.

Terezakis also referred to the "public charge rule," which essentially is a wealth test for immigrants seeking green cards. Immigrants could be rejected based on potentially relying on public assistance such as food stamps and housing assistance, authorities said.

Although it’s unclear how many Long Islanders have open cases in the immigration court system, more than 14,000 immigrants attained citizenship in 2019 through the Holtsville office of U.S. Citizenship and Immigration Services.

Representatives with the U.S. Department of Justice, which has authority over the country’s immigration courts, did not respond to multiple emails for comment.

On Saturday, The Associated Press reported that Biden would immediately ask Congress to offer legal status to an estimated 11 million people illegaly in the country. The move surprised advocates given how the issue has long divided Democrats and Republicans, even within their own parties.

Biden will announce legislation his first day in office to provide a path to citizenship for millions of immigrants in the United States illegally, according to four people briefed on his plans, the AP reported.

According to Biden’s website, his administration won’t use "family separation as a weapon," or "threaten massive raids that would threaten families." The website also said that, unlike Trump, Biden’s administration won’t wage "an unrelenting assault on our values and our history as a nation of immigrants."

The Biden website also lists some priority changes in its first 100 days, including protecting President Barack Obama’s Deferred Action for Childhood Arrivals program, rescinding Trump's travel ban, restoring enforcement priorities, and not targeting immigrants for deportation who have lived in the country without authorization but don’t have a serious criminal conviction.

Biden’s advisers last month tempered expectations during a conference call, saying they would need time to reverse some of Trump’s policies, including rolling back asylum restrictions at the Mexican border, reports said.

In an interview with Univision on Tuesday, Vice President-elect Kamala Harris said the administration’s proposal included a "first order of business" plan to create a "pathway for people to earn citizenship," although she didn’t specify how, reports said.

Terezakis said the Trump administration used every avenue to make sweeping changes, such as who qualifies for asylum, to other smaller modifications, like adding questions to the citizenship test.

The consequence was "at every turn, Trump sought to shut down immigration, including lawful immigration," he said. "It’s very frustrating to see the harm that those vicious types of policies inflict on families."

Terezakis would like to see Biden scrap zero tolerance, grant asylum on a broad basis and find a long-term solution for immigrants who were brought as children to the country unlawfully by their parents, commonly known as Dreamers.

But lawyers also said they weren’t the only group who had to navigate through a litany of new rules. Immigration judges, who are appointed to the bench by the U.S. attorney general, dealt with obstacles too.

Dana Leigh Marks is an immigration judge, and president emerita of the National Association of Immigration Judges, a union for judges.

Marks said one of the immigration judges’ biggest challenges was adhering to a 700-cases-per-year quota. The policy was pushed by then-Attorney General Jeff Sessions and announced in 2018, according to published reports.

Marks said the quota meant judges must complete 4.5 cases per day, in a time frame that averages about two hours per case.

"All of a sudden, judges felt extremely pressured to move cases through because it affected their job prospects," she said.

When Marks, who is a Department of Justice employee, was asked what the intent of the quota was, she declined to specify, but said it had led to more deportations.

"Most of the judges I have spoken with, agree that it is faster to deny a case, than it is to grant a case. That ends up being the practical result. It increases the number of removals," Marks said.

Nancy Hiemstra, an associate professor at Stony Brook University and author of a 2019 book on immigration enforcement, called Trump’s overhaul of the immigration system "enormously consequential."

"It’s going to be very difficult to dismantle our detention infrastructure, which is really at the root of a lot of policing policies, a lot of the approaches to immigration to detain people and deport them."

She said U.S. Immigration and Customs Enforcement have entered into pacts — sometimes multimillion-dollar contracts — with county facilities nationwide, creating a revenue stream that public officials struggle to pull away from.

One such example occurred in Hudson County, New Jersey, where officials voted in November to renew a 10-year contract in which the federal government paid a daily rate of $120 per inmate, so they could be held at the county’s detention facility, published reports said.

Mendez, of Bay Shore, says the long-term hope for Biden’s administration is to secure a pathway toward citizenship for 11 million immigrants in the country illegally.

"It’s time for undocumented immigrants to be recognized for the value they bring to this country," Mendez said.