This roughly 4-acre property at the end of Parkway Drive in Baldwin Harbor, which is tough to access, was acquired through Nassau County's environmental bond program. Credit: Newsday / John Paraskevas

Nassau County Executive Laura Curran on Tuesday questioned the need for new legislation mandating increased access to county open space properties but said she would seek a new cost estimate on improvements that were suggested in a never-enacted 2011 plan.

In a letter to the County Legislature’s presiding officer, Republican Richard Nicolello, and minority leader, Democrat Kevan Abrahams, Curran asked for each lawmaker’s access priorities for consideration in the administration’s 2019 budget proposal.

She noted, however, that the previously drafted proposals “illustrate that strategies for open space access already exist without the need for legislation.” She also warned that the county’s precarious finances may limit what could be done.

“I fully support access to open space,” wrote Curran, a Democrat. “However, any plan to do so must examine design, ADA [Americans with Disabilities Act] compliance, adequate parking, site security and policing, vegetation management and community engagement. The plan must also fit within the urgent fiscal constraints facing Nassau County finances – which barely cover our current parks and public works needs.”

Nicolello last week had introduced a bill that would require the county to provide adequate signage, parking and promotion at all of its preserves, including those acquired using $100 million from the 2004 and 2006 environmental bond acts.

He was responding to a Newsday series, “Public Space/Private Benefit,” which found that $30 million of that bond act money was paid to sellers with ties to county politics, the property selection process, or both — and that the county never followed through on many of its promises to enhance access at those sites and others.

As a result, many properties remain essentially hidden from the public that paid for them, though still connected to the seller’s remaining private estates. In some cases, the properties are completely inaccessible.

“We have no intention of withdrawing the legislation,” Nicolello said Tuesday.

Republicans control the legislature 11-8. Abrahams said minority Democrats also support the GOP bill, so its passage is likely. That would leave Curran to decide whether or not to issue a veto. 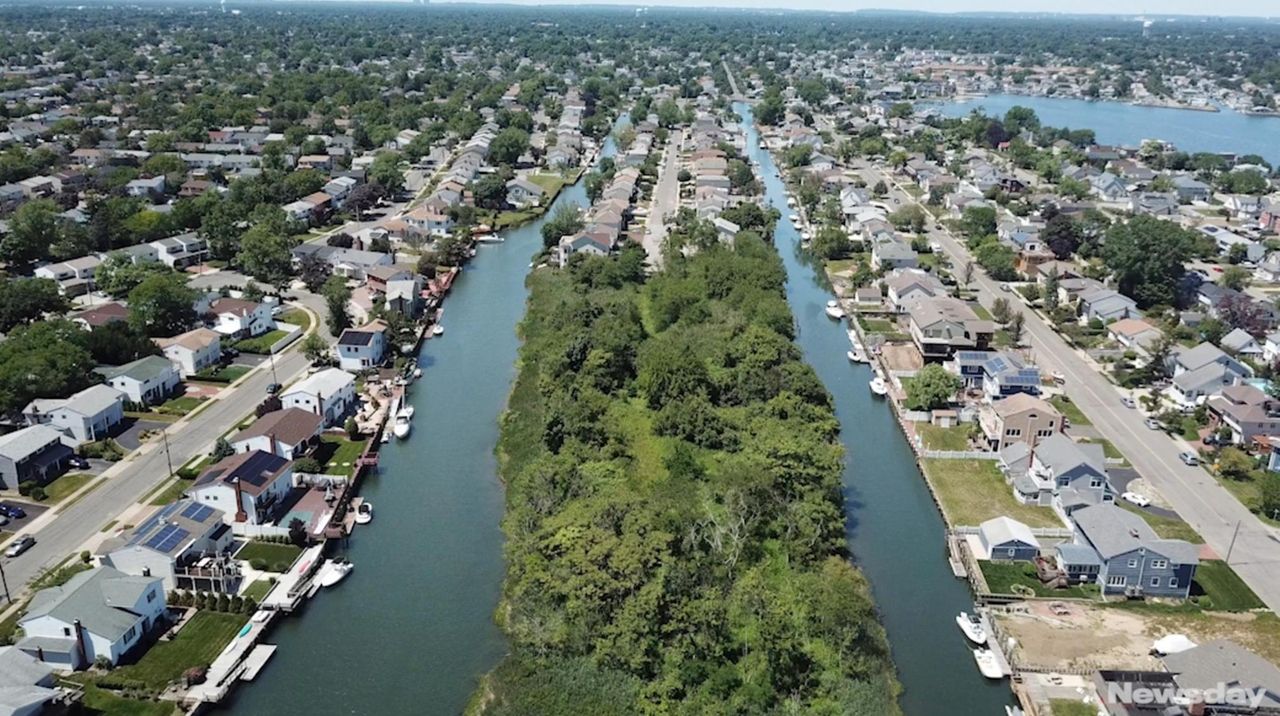 Watch: Visit by air and by foot Nassau’s hidden public spaces A Newsday investigation found that Nassau's landmark Environmental Bonds Acts of 2004 and 2006 benefited political insiders, as well as wildlife and water quality. And while taxpayers continue to pay down the borrowing for the purchases, the level of public access for many of the sites was never realized. Credit: Newsday Staff

Newsday highlighted that county officials lobbied legislators to approve the purchases not just by noting the environmental benefits — including protecting groundwater and preventing development — but also by promising things such as new trails and prominent entryways. Officials even drafted up the plan in 2011 to make such improvements.

It was never completed due to financial constraints and concerns from environmentalists.

“I can’t know what was in the hearts and minds of my predecessors,” Curran said in an interview, speaking of previous administrations that promised never-realized access improvements. “I just know we have the reality that we have now.”

Curran’s letter attached the 2011 “Nassau County Open Space Plan” that was never enacted. Newsday noted the report in its series and cited an engineering firm’s later cost estimate that making the improvements at some sites — including prominent entryway kiosks and full post-and-rail-boundary fencing — would cost less than $300,000.

She said her administration would ask for an updated cost estimate but also suggested that the county would look to legislators' personal project funds as well as partnerships with towns and villages to manage sites.

The county now has $1.8 million available in its Open Space Fund, which is seeded with 5 percent of proceeds from county real estate sales.

Nicolello said that he believes there will be enough funding in the 2019 budget to provide for some access improvements. He added that previously drafted reports were helpful “road maps” but that legislators, who unanimously supported all the open space purchases, asked several times for improvements that were never made.

“So the fact there’s a report, that’s not enough at this point,” Nicolello said. “We have to make sure it’s mandated.”

Residents air concerns about not-so-open spacesMore than three dozen residents contacted a reporter after Newsday published an investigation of Nassau's $100 million in open-space purchases from the 2004 and 2006 bond acts. Taxpayers bought this land. But much is hidden.More than a decade after Nassau's Environmental Bond Act land purchases, plans for welcome booths and walking trails, kayak launches and well-placed benches for contemplation haven't materialized. Inside the land deals that benefited LIersIn some cases, sellers got market-value price from government while continuing to live beside the land, keeping access to property that would have been hard to otherwise develop.